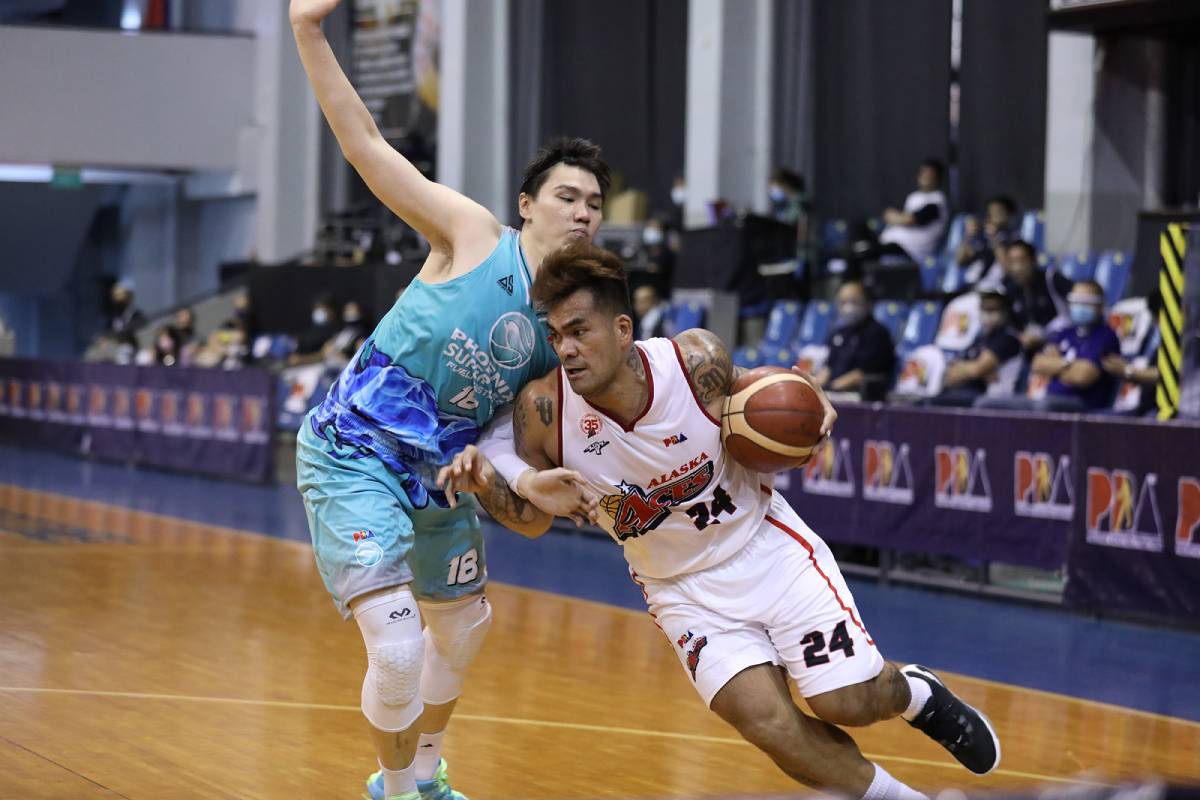 That’s how Phoenix manager Paolo Bugia described their trade with Alaska Tuesday, where they sent a total of three draft picks and Brian Heruela in exchange for Vic Manuel and a pair of picks in the upcoming Rookie Draft.

“We went down in position sa pick [order] pero in exchange for Vic Manuel, we thought that it was a fair exchange for us,” he told Tiebreaker Times moments after the deal was announced by the league.

The Fuel Masters swapped first-round picks with the Aces, meaning that they will now pick at seventh while the Aces will choose at no. 6. Phoenix got that sixth pick from Magnolia following the Calvin Abueva trade last week.

They have also gone down a few rungs in the second round by giving up the no. 16 selection, but they now have back-to-back picks at nos. 18 and 19. Also part of the deal is their first-round pick in next year’s draft.

Bugia is A-OK with their positions in the March 14 proceedings.

“We felt like six and seven are not that big of a difference, especially this year ‘no,” he said as this year’s draft drew a record 97 applicants. “We definitely didn’t want to miss out on an opportunity to pick someone in the first round.

“So basically we still have three picks, all in all. Medyo bumaba lang konti in ranking, pero we still get to pick because this year nga, ‘yun nga, it’s very talent-rich.“

But what the Phoenix organization is really excited about is the arrival of Manuel, who has emerged as one of the league’s best forwards in the almost-seven years he was with the Uytengsu-owned franchise.

Bugia believes that the 33-year-old’s post presence would be of great help in maximizing one of their strengths — outside shooting. They were the third-best three-point shooting team in the 2020 Philippine Cup with a 35-percent clip.

“We thought that Vic would be a big help. Obviously, we lacked some post presence also. We are very good with our outside shooters so he would reinforce our post presence on offense,” he explained.

“We’re excited to see how that will work out in this coming conference.”

This has been the latest acquisition of the Fuel Masters since having floor general Chris Banchero from the Abueva deal. And for Bugia, this string of developments is in line with their goal of building a contending team.

“We’re very excited especially with the latest addition ni Vic,” he said. “We just want to compete. And the management is really looking and really pursuing to put up a contending roster every conference.

“This move just really aligns with that consistent goal of ours. Last year we’re able to make it to the semis, gusto pa namin lampasan yun. So we’re excited to see. Hopefully, it works out this year with our additions.”