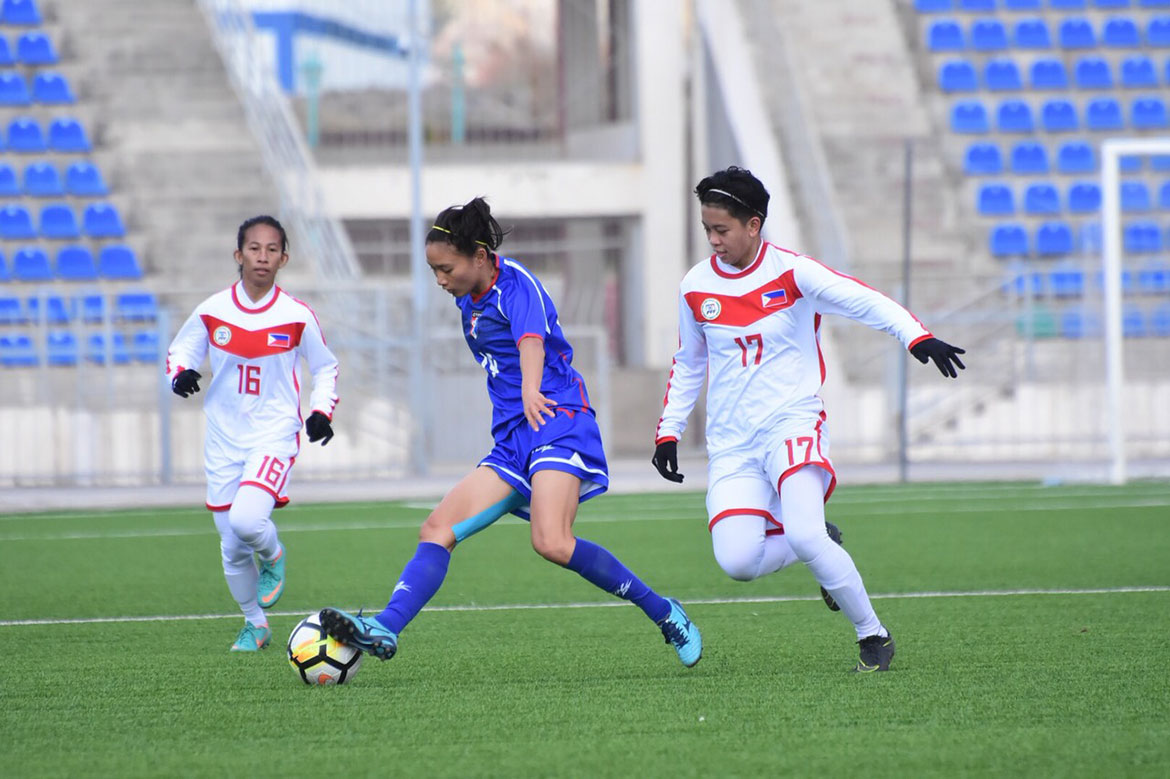 It wasn’t the best ending, but the mission was already accomplished anyway.

The Philippine Women’s National Football Team suffered a 0-5 drubbing at the hands of Group A leaders Chinese Taipei to end their 2020 AFC Women’s Olympic Qualifying Tournament first round campaign on a low note at the Hisor Central Stadium in Hisor, Tajikistan.

Despite the result, the Filipinas have secured a ticket to the next round, which will be played on the first week of April 2019, due to their 2nd place finish in the group.

It was, by all accounts, a painful afternoon for the Filipinas. Coach Let Dimzon’s ladies fell to a two-goal deficit before the break and conceded three more goals in the next frame, much to the team’s frustration.

The circumstances then became worse when Sara Castañeda failed to convert a penalty to hand the Philippines a consolation goal.

With frustrations mounting, Kyla Inquig was sent off alongside an opponent for fighting in the 60th minute of the contest. The scuffle that resulted in fists flying was caused by a Chinese-Taipei player, according to reports from the venue.

The result was a bad way for the Filipinas to end their stint in Tajikistan, but their hard work in the past three games – which leaves them with nine points – allows them to return home with the all-important souvenir of entry to the next phase.

There is still no word as to where the Filipinas will play in the next round of qualifiers, as well as whom they shall face. Countries such as Uzbekistan, Vietnam, and Jordan are in the mix for the upcoming phase of games.

Twelve countries will participate in the next phase, where they shall be placed in three groups of four. The top team of each group qualifies for the third round, where heavyweights such as Thailand and Australia will join the fray.

Prince Eze wants to make his momma proud: ‘I have to graduate’