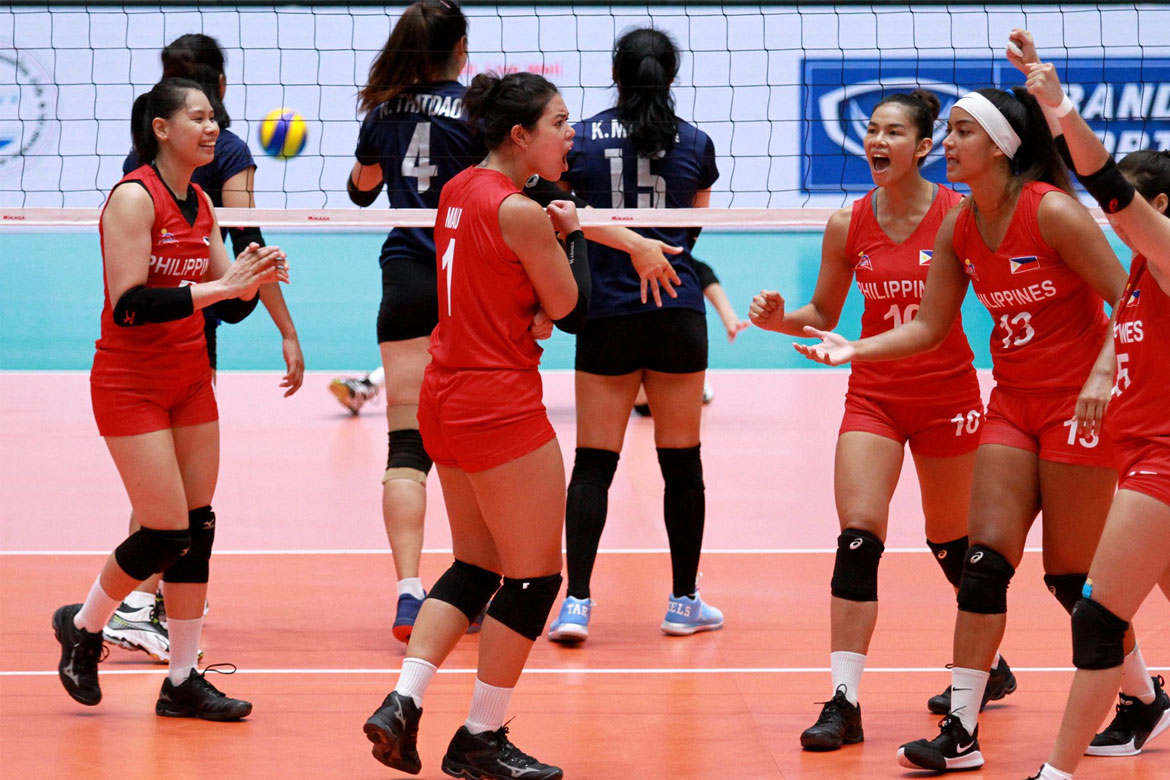 Reeling from a heart-wrenching loss to Indonesia less than 24 hours ago, the Philippine Women’s National Volleyball Team suffered another heartbreaker on Saturday.

The Filipinas went back-and-forth with the host country in the fourth set following a morale-boosting triumph in the previous frame.

With the match was at a 13-all stalemate, however, Pornpun Guedpard found a crease at the middle. She then buried the kill that heavily changed the complexion of the match. It sparked a blistering 6-0 stampede that buoyed the Thais to a 19-13 cushion.

Fortunately for the Philippines, an error from Thai skipper Onuma Sittirak stopped the bleeding. National team captain Aby Maraño then strung consecutive hits to pull her team within three, 16-19.

From there, both teams traded crucial blows, as Thailand preserved its three-point edge at 22-19. Sittirak then bamboozled Kalei Mau’s net defense to loft an off-speed ball that went off the block, pushing her team closer to victory.

Mau would respond with a hammer, but that proved to be the Nationals’ last point in the match. Eya Laure muffed a service attempt in the ensuing sequence. Pleumjit Thinkaow then roofed Jovelyn Gonzaga to seal the fate of the Filipinas.

Mau and Ces Molina spearheaded in the scoring department for the Philippines anew. The former rained down all of her 12 points from attacks; meanwhile, the latter supplied nine spikes and a pair of service aces for 11 markers.

While the Thais commanded each of the sets they secured, the host country couldn’t contain the Filipinas in the third frame. Behind the hard-hitting troika of Mau, Laure, and Gonzaga, the Philippines sprinted to the second technical timeout with a four-point cushion.

The Philippines remained in the driver’s seat, keeping Thailand at bay.

The Philippines looks to close out the first leg of the tournament on a positive note when it faces Vietnam on Sunday, September 22.