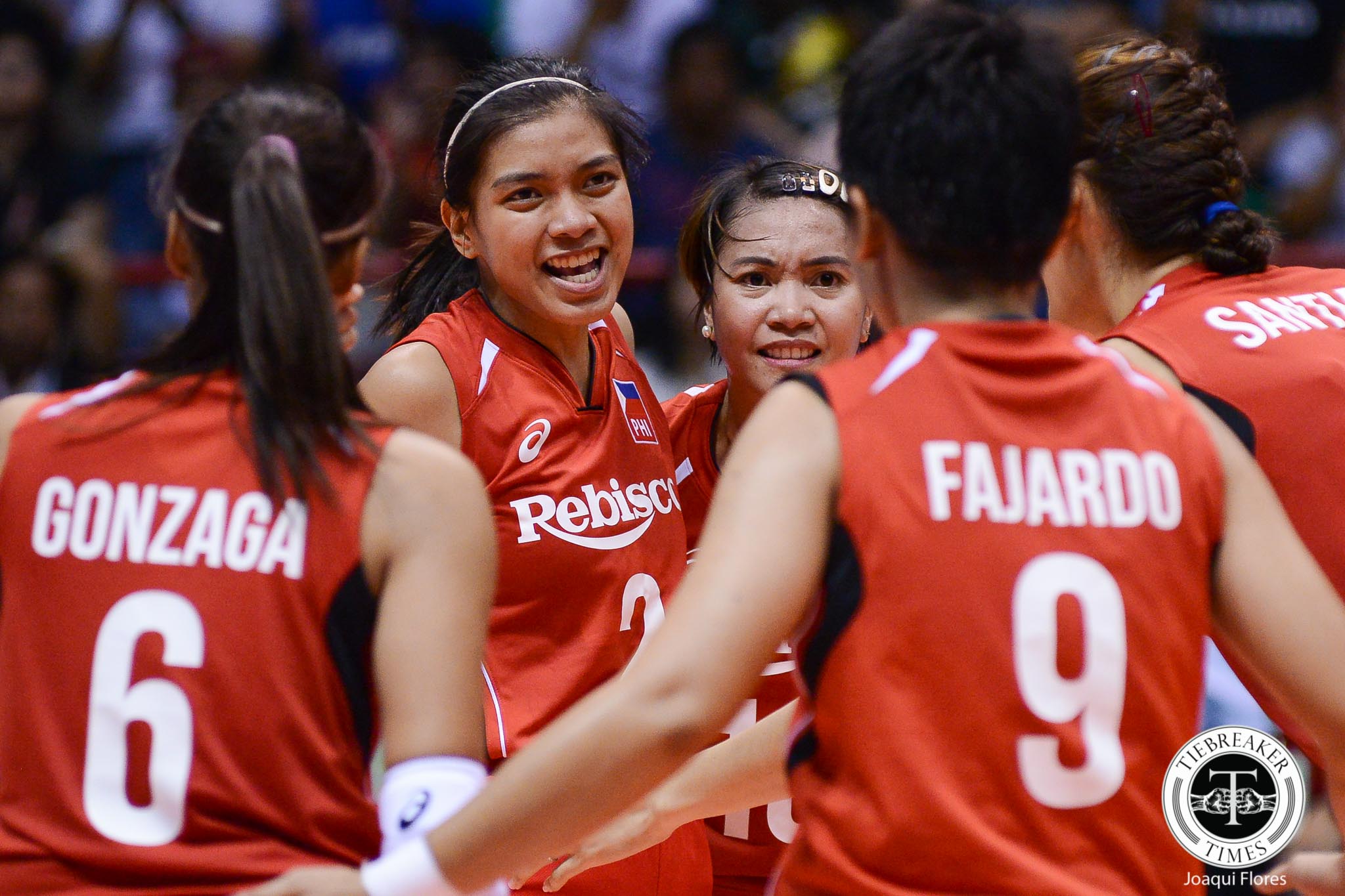 Taking on the second-best volleyball team in Asia, the Philippines Women’s National Volleyball Team were outclassed in straight sets by Japan, 12-25, 15-25, 21-25, in their second outing in Asian Games in Jakarta, Indonesia.

The Nationals sparked a glimmer of hope in the first set, taking a 2-0 lead. Unlike their match against Thailand, the Philippines did not see a thrilling opening salvo against the Japanese. With remnants of their 2012 Olympic bronze medal-winning team on the floor, Japan exacted a quick 9-0 response. Japan took a decisive 20-10 advantage in the first set, before quickly locking up the second frame with an 18-9 opening blitz, hinged on great serving.

The Santiago sisters had seven points each to lead the Philippines.

The Pinays eventually got their bearings in the third set. With Jaja Santiago, Majoy Baron, Cha Cruz, Mika Reyes, Dindin Manabat, and Kim Fajardo on the floor, the Philippines stayed within two points of Japan throughout the third set. The wheels finally came off the Philippines’ run after a spell of bad receptions propelled Japan to an insurmountable 23-19 lead.

The Philippines vies for their first win of the tournament against Hong Kong on Thursday at 1:30 p.m.