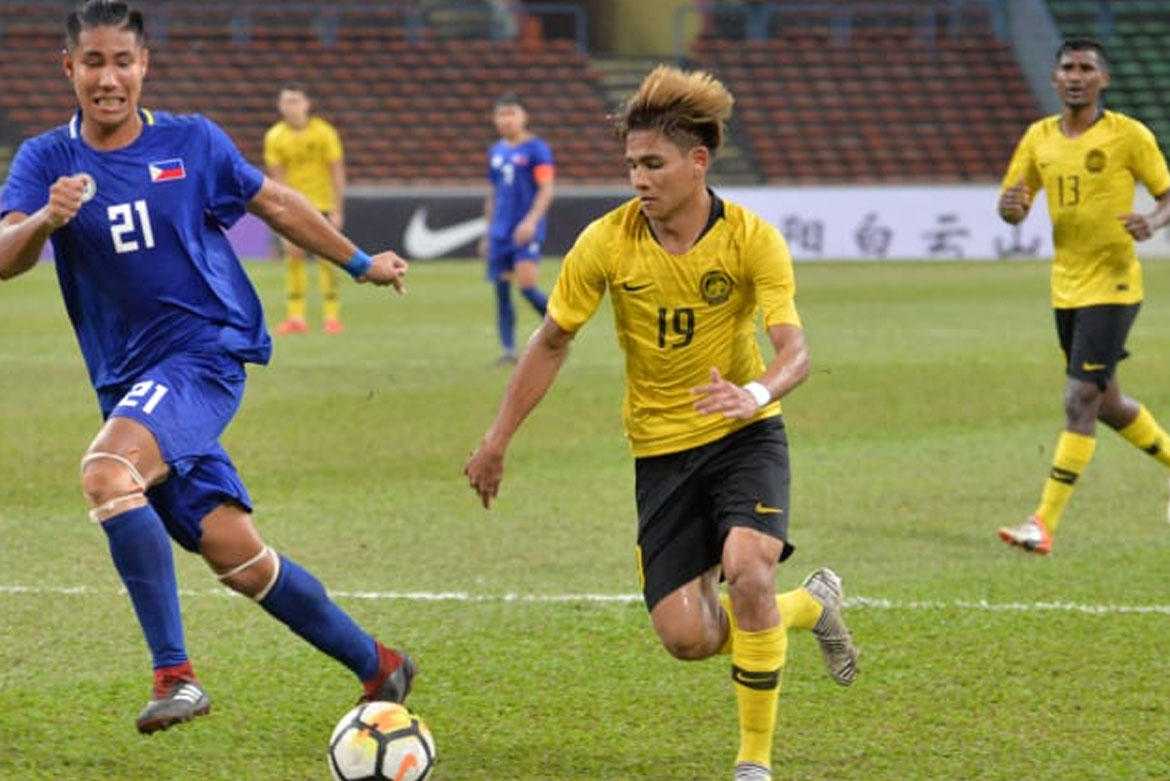 The Philippine National Men’s Under-23 Football Team’s quest to qualify for the 2020 AFC U-23 Championship started in the worst possible way.

Up against a daunting Malaysia side on its home soil at the Shah Alam Stadium in Selangor, the Philippines folded 0-3 in its first 2020 AFC Championship Qualification match.

The result leaves coach Salvador Salvacion’s men at 3rd place in Group J after matchday one because of their lesser margin of defeat as Laos suffered a 0-5 loss to China earlier in the day.

Only the top team in the group gets a certain ticket to the 2020 tourney, while the country that reaches second place must hope that results go its way in order to cross the finish line.

Akhyar Rashid handed the home side a dream start after four minutes of play when he slotted the ball home from close range. The Malaysian then got his second strike of the match in the 31st minute thanks to a clever strike that crept into the back of the net.

Already with a two-goal advantage, the home side remained eager to please its countrymen, who flocked to the stadium, with another goal in the contest.

Faisal Abdul Halim provided the icing on the cake for Malaysia seven minutes from time when he toyed with the Philippine defense and calmly directed the ball home for Malaysia’s third goal of the match.

To say that it was an unpleasant evening for the Philippines is an understatement, and its campaign is bound to get more challenging come the next fixture.

#ReadMore  Filipinas, Matildas in Group A of AFF Women’s Championship

The Filipinos next go up against legendary Dutch football coach Guus Hiddink’s China. The game will be played on March 24, 2019, 4:30 PM at the Shah Alam Stadium.