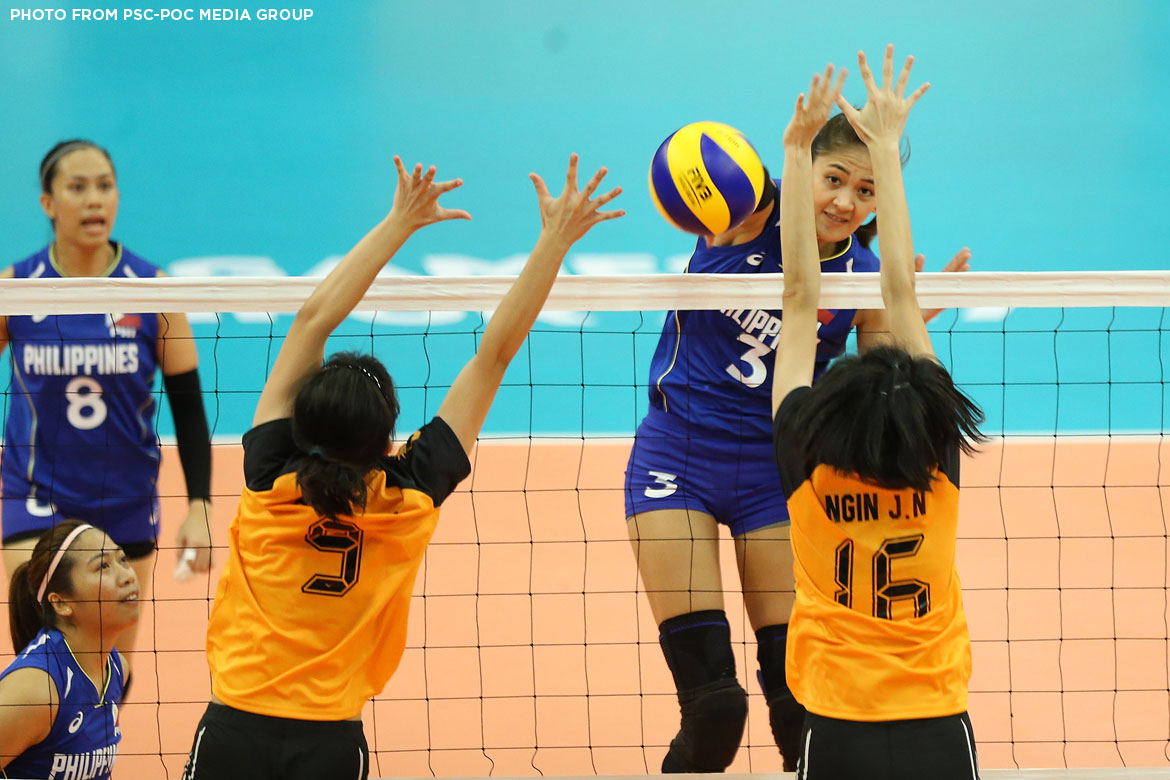 Outclassing their foes on all fronts, the Philippines thoroughly squashed host Malaysia in their first match of the Southeast Asian Games Women’s Volleyball tournament, 25-18, 25-11, 25-16, in Kuala Lumpur, Malaysia.

The Nationals trailed only once in the entire match, slipping to a 0-3 deficit after Malaysia’s opening volley of aces. The Pinays, however, recovered quickly through solid serving and Jovelyn Gonzaga’s attacking. The lefty Ilongga powered three hits in a row to give the Philippines an insurmountable 21-16 cushion to close the set.

From there, it was all Philippines. Serving consistently, the Philippines gained easy footing in the following sets. The second frame was already in the Nationals’ favor early after securing an 8-0 advantage. Continuing the romp, the Philippines surged to an 18-8 third set advantage and the win.

Jaja Santiago led the Philippines with 13 points. Aby Maraño added 11 markers, while Jovelyn Gonzaga finished the match with nine points in only two sets of action.

In Pool B, the Philippines took the top spot early with a 1-0 record and secured their first semis berth in the tournament since 2005. They face a determined Vietnam squad, the same team they upset in the AVC Senior Women’s Championship in Laguna two weeks ago, tomorrow. A win gets the Philippines a solid semis matchup in Indonesia.

“Pero we know na naghanda ‘yan. Kami rin naghanda naman ng adjustments. We just have to be focused on our goal of making the top of this group,” he added.

Brandon Vera to grace ONE Championship’s maiden event in Shanghai