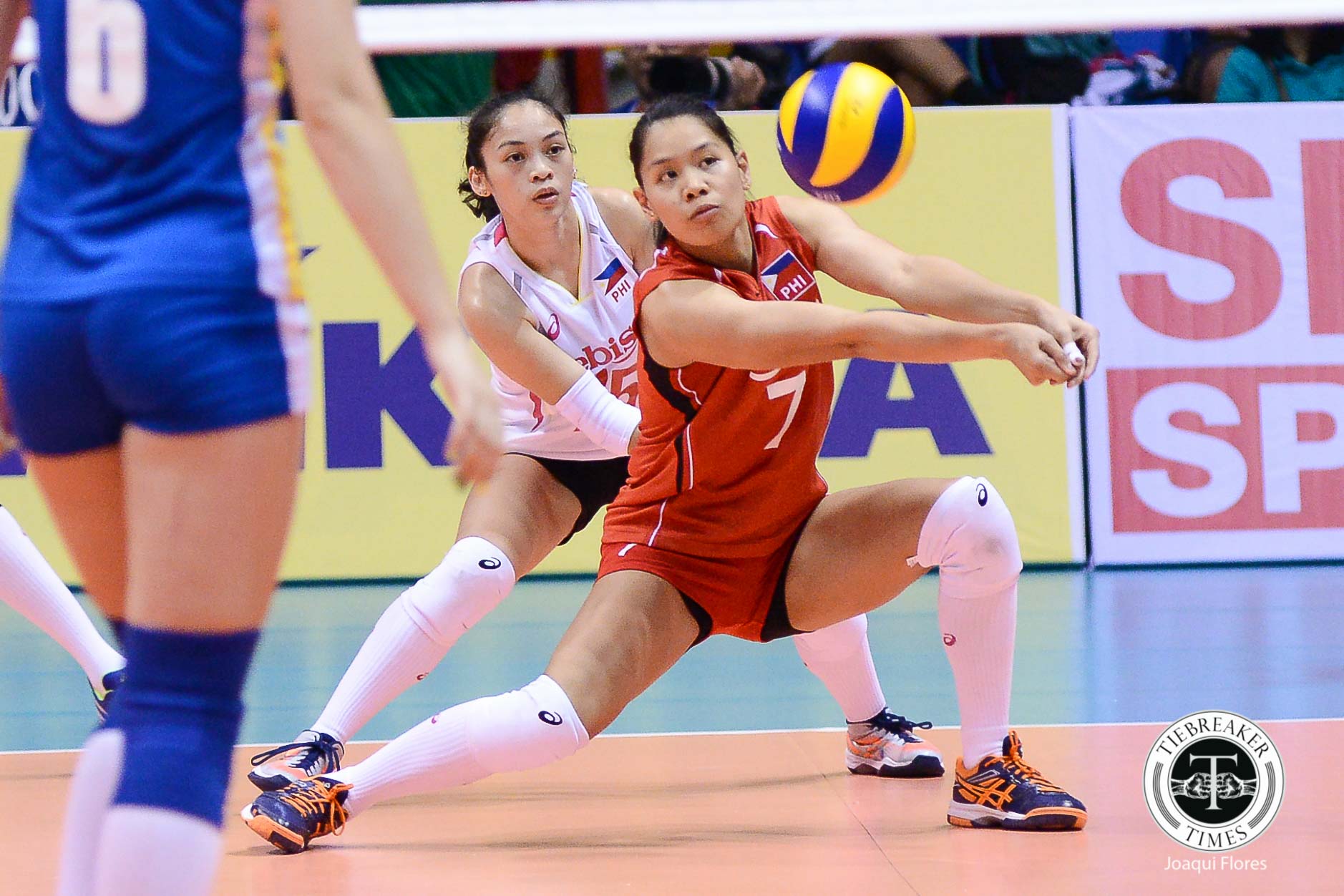 Raising the curtains to the ASEAN Grand Prix, the Philippine Women’s National Volleyball Team put up a gallant stand only to fall short against Indonesia in five sets, 21-25, 28-26, 25-12, 18-25, 9-15, Friday at the Terminal 21 Mall in Nakhon Ratchasima, Thailand.

The Indonesians came out firing to open the match. They scored at will at the expense of the Filipinas, who suffered poor reception in the opening set.

Reeling from a lethargic onset, the Philippines found its footing in the ensuing frame for a seesaw battle.

Knotted at 22, Ces Molina muffed a service attempt, before the Indonesians snatched set-point. However, Indonesia allowed the Filipinas to force a deuce after it botched consecutive scoring opportunities.

The Indonesians struck first in the two-to-win situation, before Maddie Madayag and Kalei Mau connived to give their squad the edge. Though Wilda Fadhilah forged another lock at 26, the Indonesians again coughed up miscues as the Philippines evened the set count at 1-all.

Drawing strength from middle blockers Majoy Baron and Maddie Madayag, the Filipinas then carried over their momentum into the third frame. They then built an insurmountable 22-10 cushion to take the set.

While the Nationals seemed poised to wrap up the match in the fourth, the Indonesians responded with renewed vigor. The latter kept the former at bay with a slew of attacks from Fahdila and Arsela Purnama, bringing the match to a decider.

The Indonesians sprinted to a 7-2 advantage following Agustin Wulandari’s ace to seized control early in the decisive frame.

However, the Philippines relied on its net defense — anchored by Mylene Paat and Baron — to knock within one, 6-7. Still, Indonesia skipper Amalia Nabila found a chink in the wall, inciting an offensive barrage that widened the gap, 13-8.

From there, the Philippines would only score one more point via Mau’s off-the-block hit, as Indonesia snatched the victory from the jaws of defeat.

On the other hand, Indonesia was led by Purnama, who hammered down 18 points. Ratri Wulandari and Megawati Hangestri poured in 14 and 13 markers, respectively. Fahdilah contributed 12 points while Wulandari chipped in 11.

The Philippines will seek to chalk up a win against Thailand on Saturday, September 21.