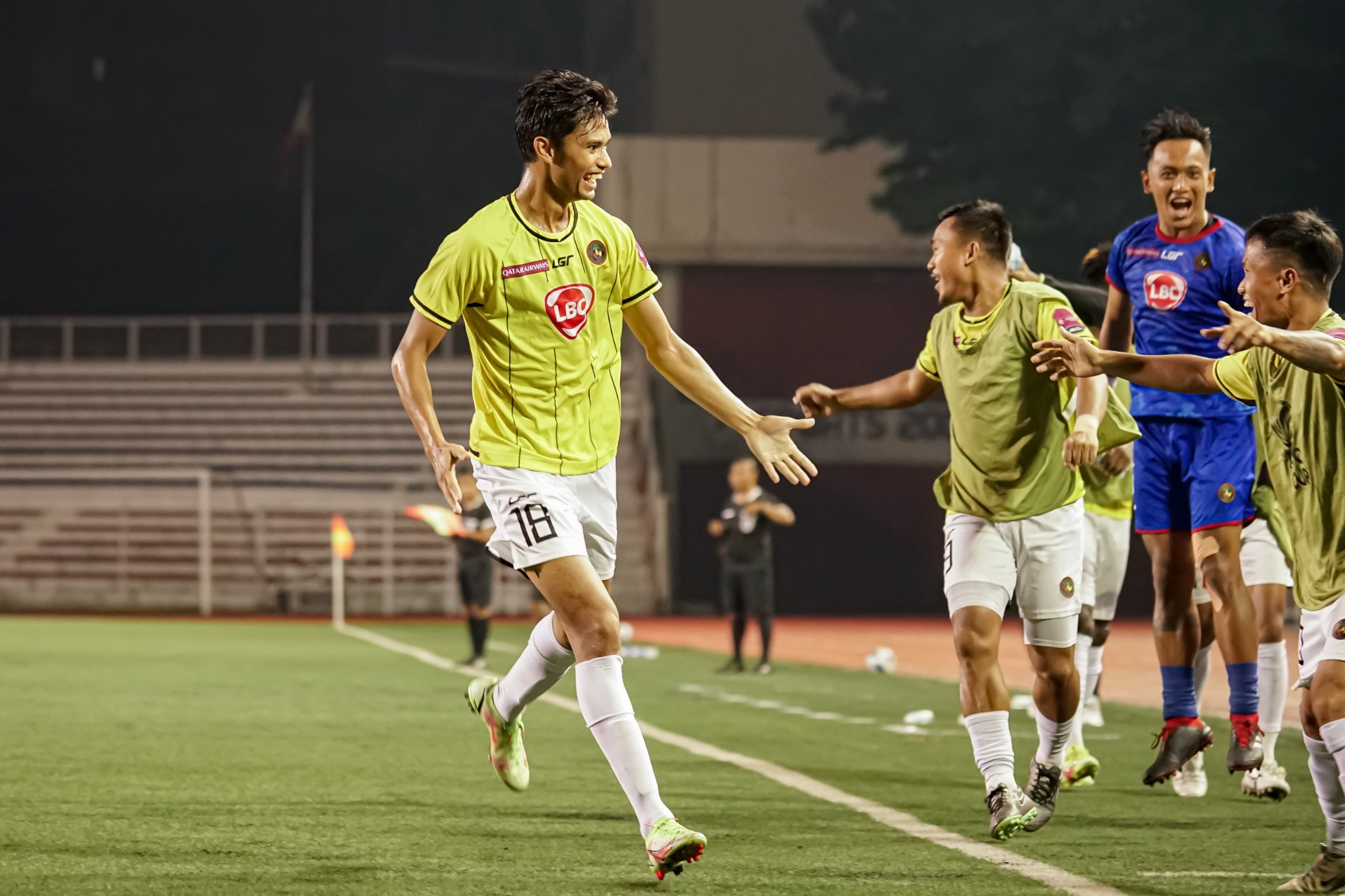 Jarvey Gayoso caught fire as Kaya-Iloilo enjoyed a 4-1 win over Maharlika Manila in the 2022-2023 Philippines Football League, Saturday afternoon, at the Rizal Memorial Stadium in Manila.

The two-time UAAP champion tapped the ball home for the opener in the 13th minute. He then performed a fine finish in the 78th minute and headed the ball in the 80th minute of the match to seal the milestone.

In between Gayoso’s heroics, Carlyle Mitchell converted a header in the 41st minute off a Jhan-Jhan Melliza assist.

OJ Clarino then scored in the 90+4 minute to give Maharlika Manila a consolation for their efforts.

The result means coach Yu Hoshide’s men increase their points tally to 12 points in first place behind four consecutive victories. In contrast, Maharlika Manila is yet to tally a point after as many games.

Kaya looks to maintain its hold on first place when it takes on Stallion Laguna next Saturday at Rizal Memorial at 7:00 PM.

On the other hand, Maharlika Manila goes up against Mendiola 1991 on Sunday at the Imus City Grandstand in Cavite. Kickoff time is at 7:00 PM.