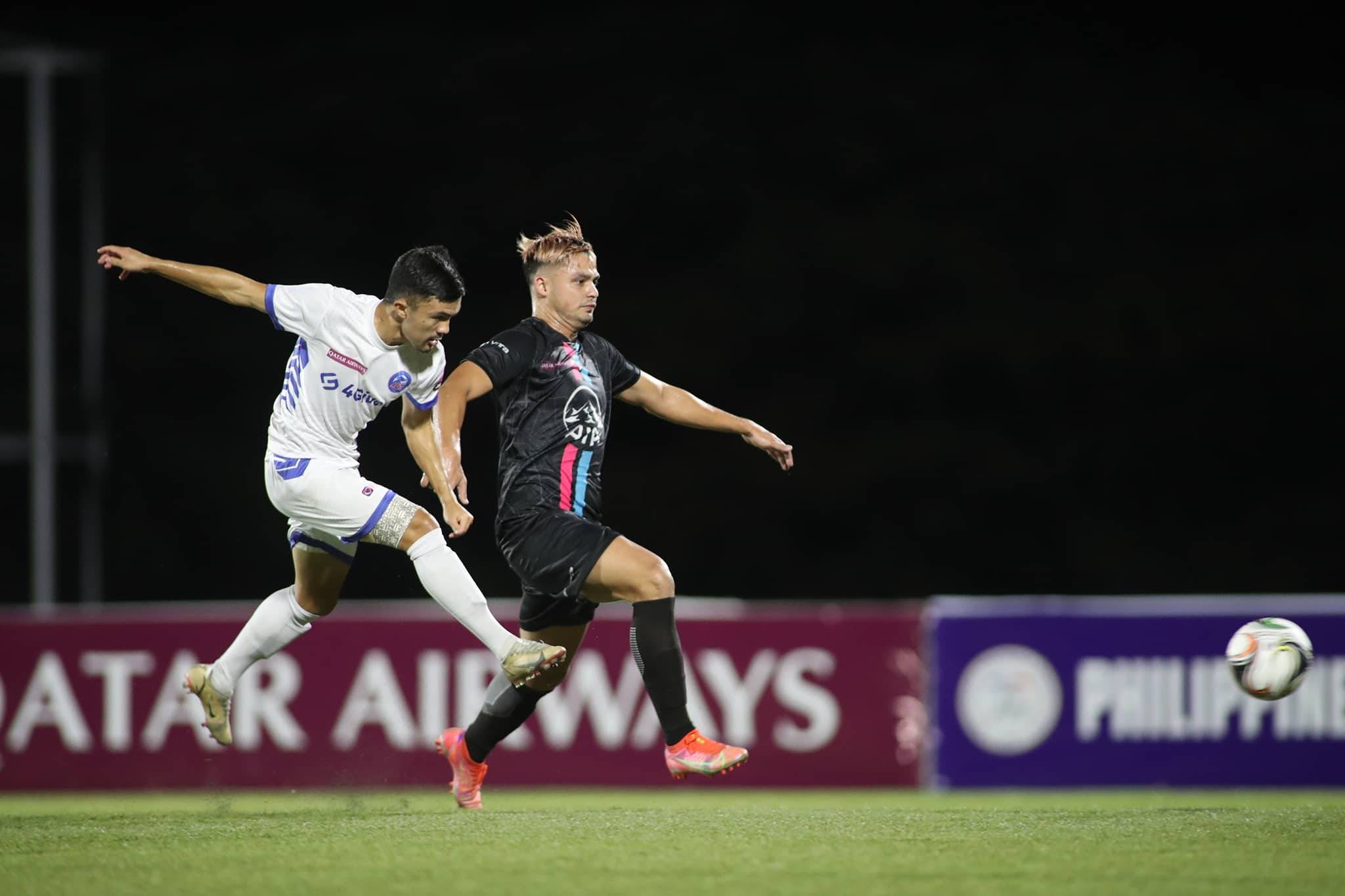 The Azkals Development Team’s good start earned it a 3-1 victory over Maharlika Manila amidst both teams being down to 10 men in the second period, Monday evening, in the 2022 Copa Paulino Alcantara at the PFF National Training Center in Carmona, Cavite.

Coach Norman Fegidero’s wards raced to a two-goal cushion in the first half thanks to fine finishes from Oliver Bias and Lance Ocampo in the 23rd and 24th minutes respectively.

Come the second half, Kim Sungmin pulled one back in the 66th minute with a header that went past ADT goalkeeper Quincy Kammeraad, which then provoked a scuffle involving both teams. Kammeraad tried to delay the Maharlika players from getting the ball back and then he and OJ Clarino swung arms at each other.

Kammeraad and Clarino then received their red cards for their respective roles in the altercation. With time running out, Dennis Chung then scored at the 89th minute to seal all three points for the ADT.

The result means ADT increases its points tally to 7 points in 3rd place with Maharlika Manila having 3 points in fifth place.

ADT (7 points) will not compete against Cebu on Thursday as it prepares for the 31st Southeast Asian Games. Cebu will take the game with a scoreline of 3-0.