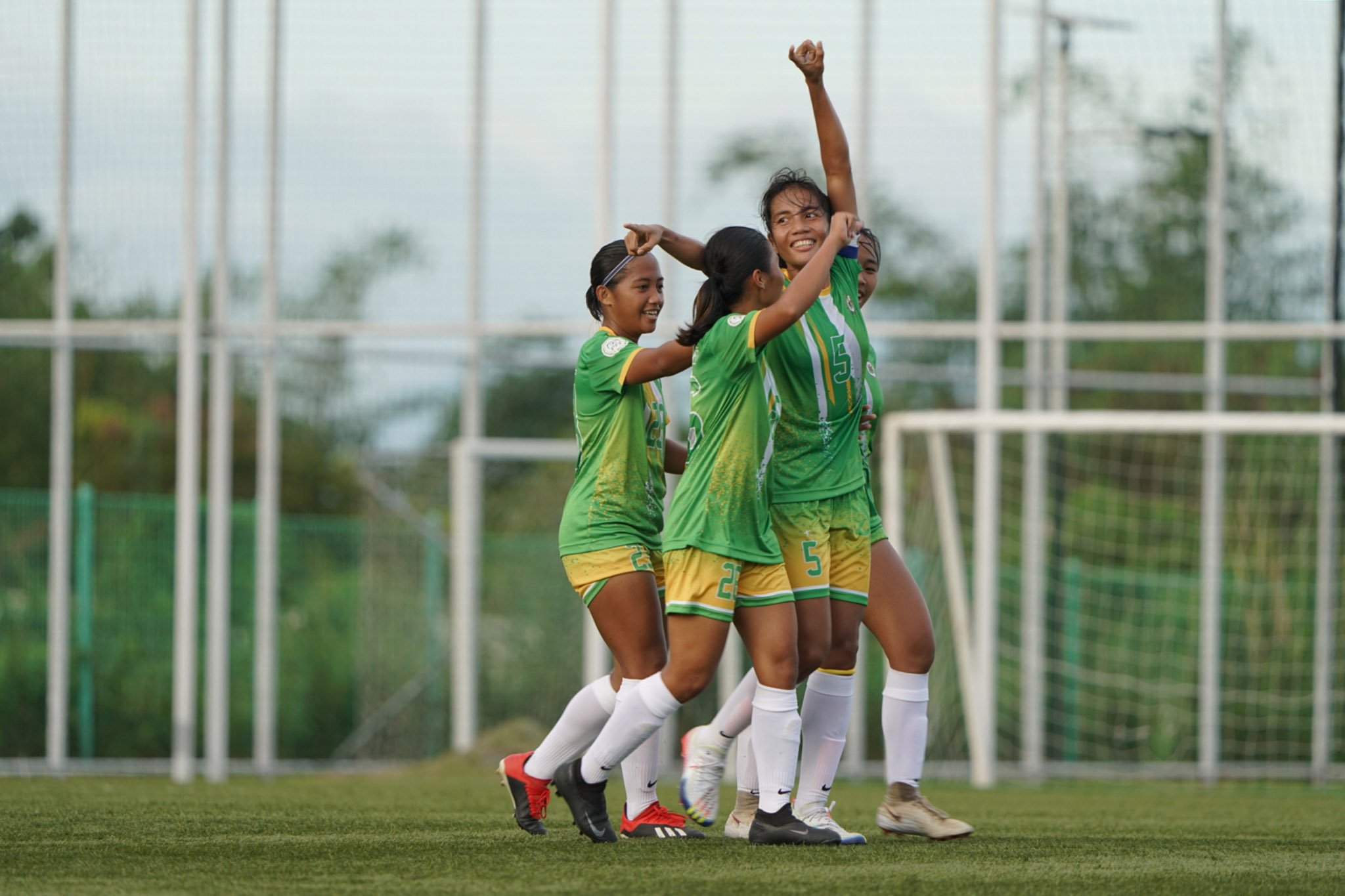 University of the Philippines continued to flex its dominance over the field with a third straight win for a solo lead at the top of the table, while being followed closely by Far Eastern University, Kaya-Iloilo, and Tuloy which also posted wins from the weekend at Carmona, Cavite.

Dionesa Tolentin dazzled with seven goals which more than assured FEU of another three points which left Azurri in a daze.

Tolentin scored her first goal with style in the 6th minute with a long-distance effort from the left flank. Her second goal came half an hour later and was equally as impressive from distance. Seven minutes passed before she volleyed in another strike for her first hat trick.

Tolentin took a pause from scoring and played assistant to Marinelle Cristobal for a stoppage-time goal right before the halftime whistle. She resumed striker duties in the closing half, earning her second hat-trick with goals in the 72nd, 77th, and 79th minutes. Tolentin flaunted variety in her game as she closed out with a free-kick goal in the 84th minute. 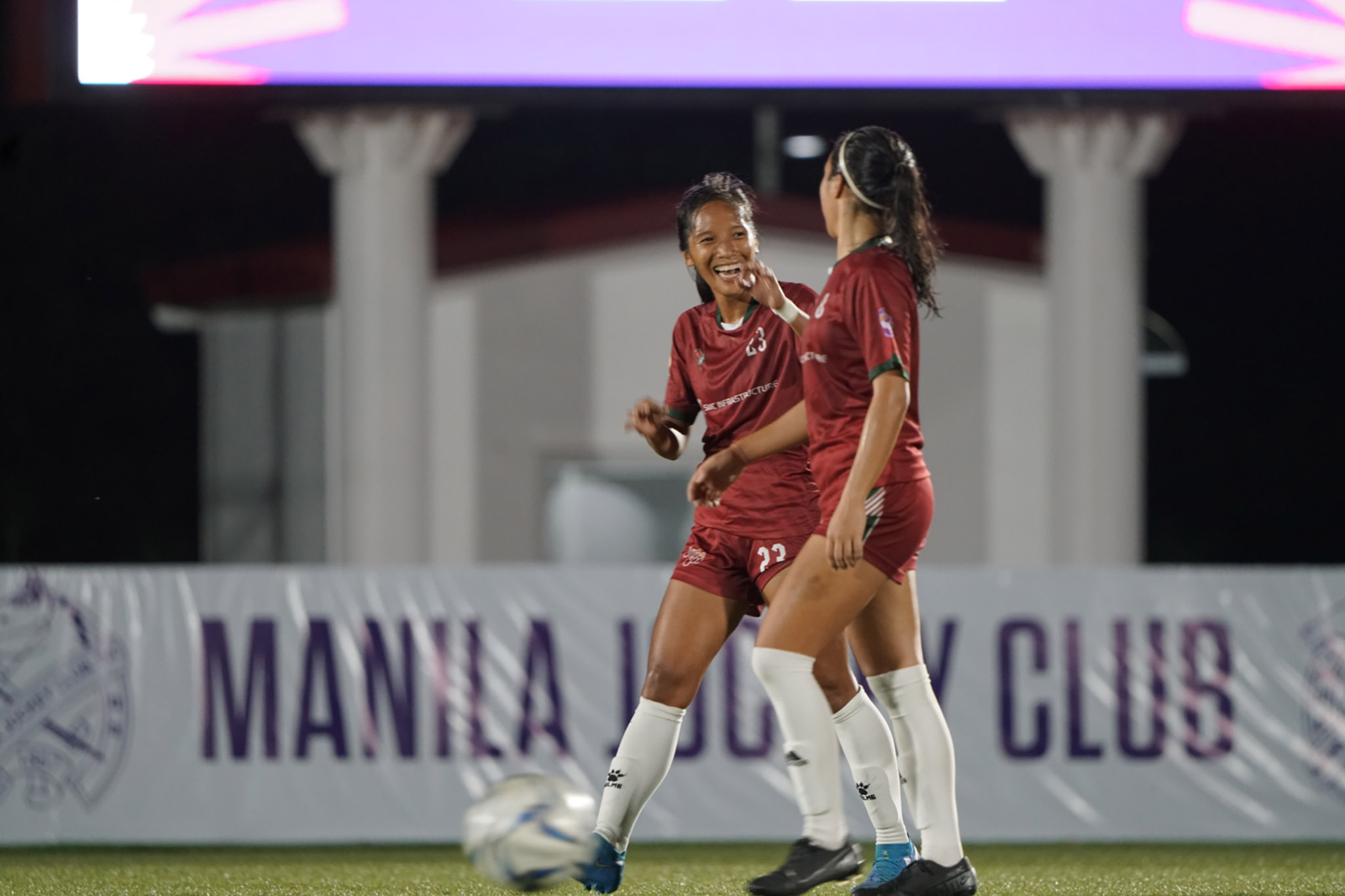 Another dominant win for UP has vaulted them to the top of the leaderboard with four different scorers finding the back of the net versus Stallion Laguna.

Alyanna Yatco scored first with a top strike from the wing in the 13th minute before Yoojin Kim netted another long-range effort in the 27th minute.

In the second half, Stallion Laguna looked to turn things around until a foul inside the box by Hannah Faith Pachejo on Denielle Napiza soured their luck. The Lady Maroons turned to Alyssa Ube to take the penalty which she duly converted, making her the only UP player to score in three straight matches.

Alyssa Narido capped things off for UP with a top-of-the-box strike in the 81st minute. Her goal was assisted by Alexzandria Lagman who had a stellar defensive evening and was eventually named Player of the Match.

“We make sure our next game is our best game. Yun lang talaga masasabi ko sa play namin for this game and for the future games,” she said. 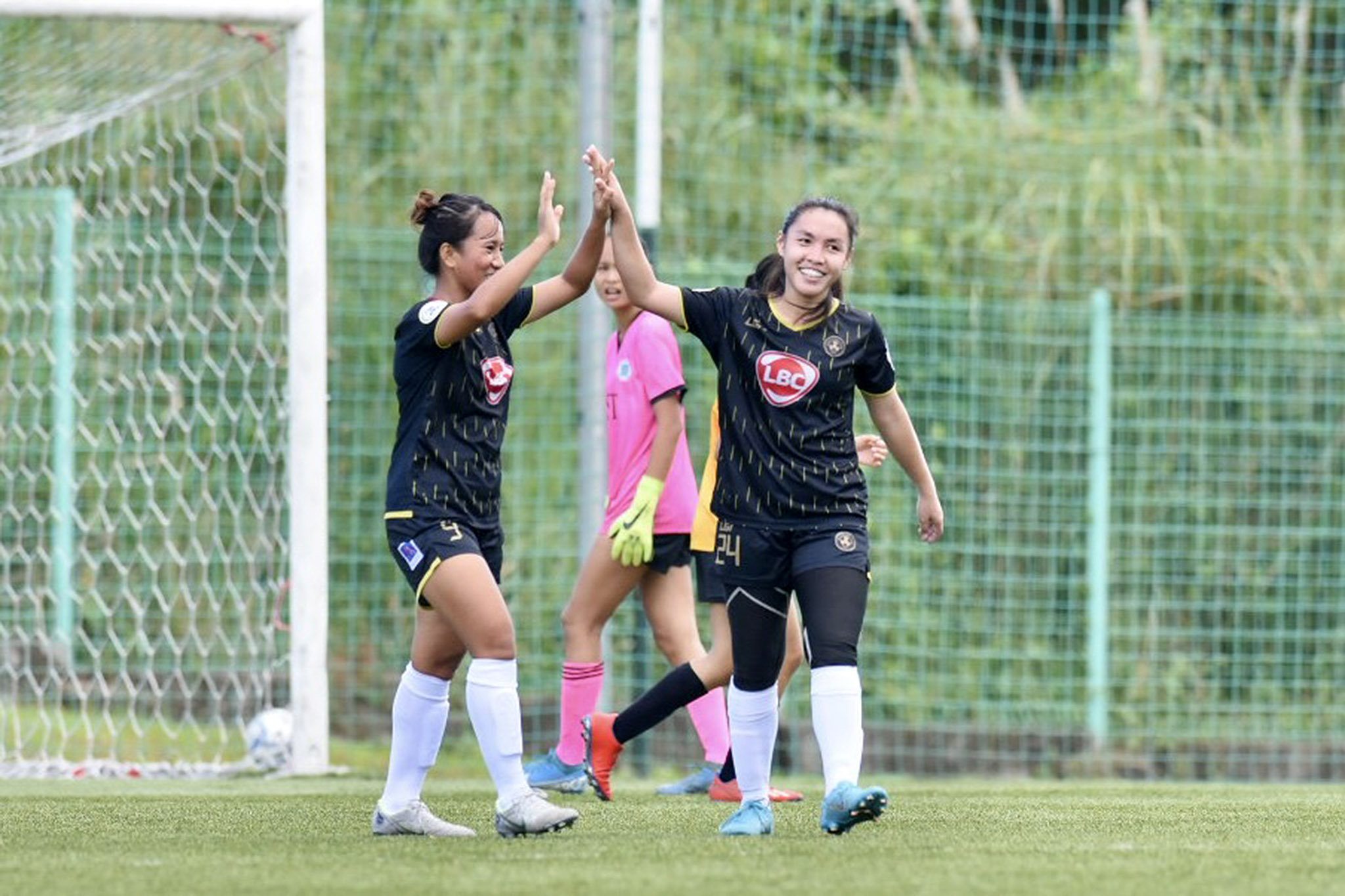 Kaya continued to flex its muscles after a rough tournament start this time against the spiraling University of Santo Tomas and all it took for them to guarantee the three points was an unanswered hat-trick from Shelah Cadag.

A poor goal kick from Lizlie Garcia seemed to be a metaphor for the rough spell that UST is currently enduring as it went straight into the path of Francesca Crespo who immediately passed it forward to Cadag en route to her first goal in the 12th minute.

The second goal was instigated by Cadag herself after UST struggled to get the ball away from their half. Once Cadag had a touch on the ball it was all over for UST as she bulldozed her way to a 34th-minute goal even after losing possession momentarily.

The final goal began from the center with Charisa Lemoran playing a long forward pass towards Cadag who beat her defender and Garcia to complete the hat-trick in 60 minutes.

No doubt the Player of the Match, Cadag still thought the team could have scored more.

“Meron kaming goals pero hindi pa yun sapat para sa amin. We need to train harder like we have to train every day so magkaroon kami ng fitness at makakayanin namin the whole 90 minutes,” she said. 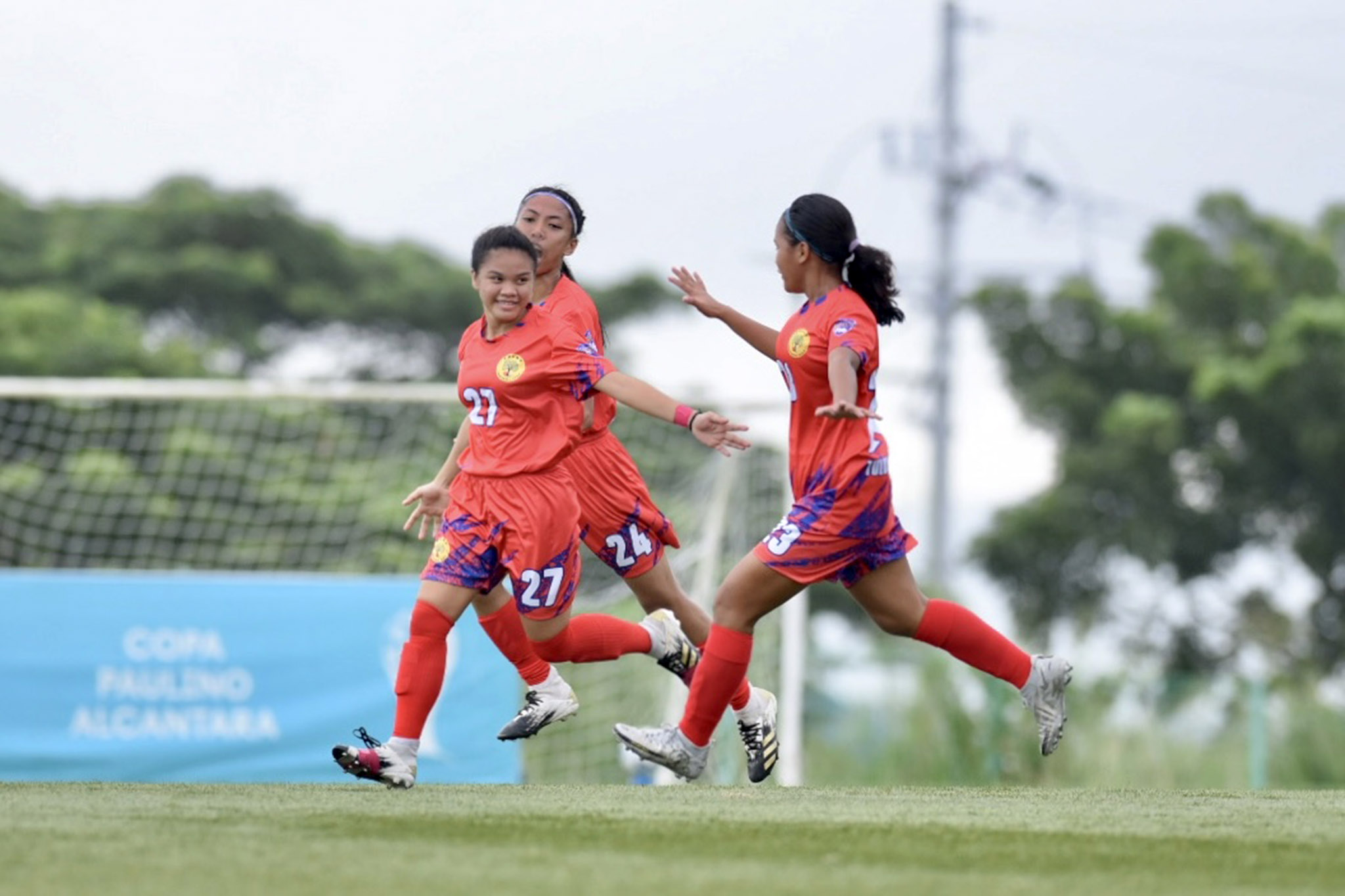 Tuloy were almost forced to share points with Ateneo de Manila University but a late winner from Jenny Perez had them escape with the full points.

It was Perez who also netted the opening goal in the 26th minute by way of a free-kick from just outside the box which went straight into the top corner out of Chelssy Casals’ reach.

Jonalyn Lucban consolidated their lead with a long-range strike from the wing in the 40th minute before Joyce Semacio sprang into action to pull both goals back with a free-kick goal of her own in the 42nd minute and a stoppage-time goal right before the whistle.

With game time dwindling down and the score leveled, Perez picked a perfect pass from Jade Jalique for an 87th-minute winner which left Ateneo with little to no time to answer.

The PFF Women’s Cup continues on Wednesday, November 16, at the PFF National Training Center in Carmona with clashes between Stallion Laguna and Tuloy at 4:00 P.M. followed by Ateneo and FEU at 6:30 P.M. The games will be broadcasted on the Facebook page of the PFF Women’s League.