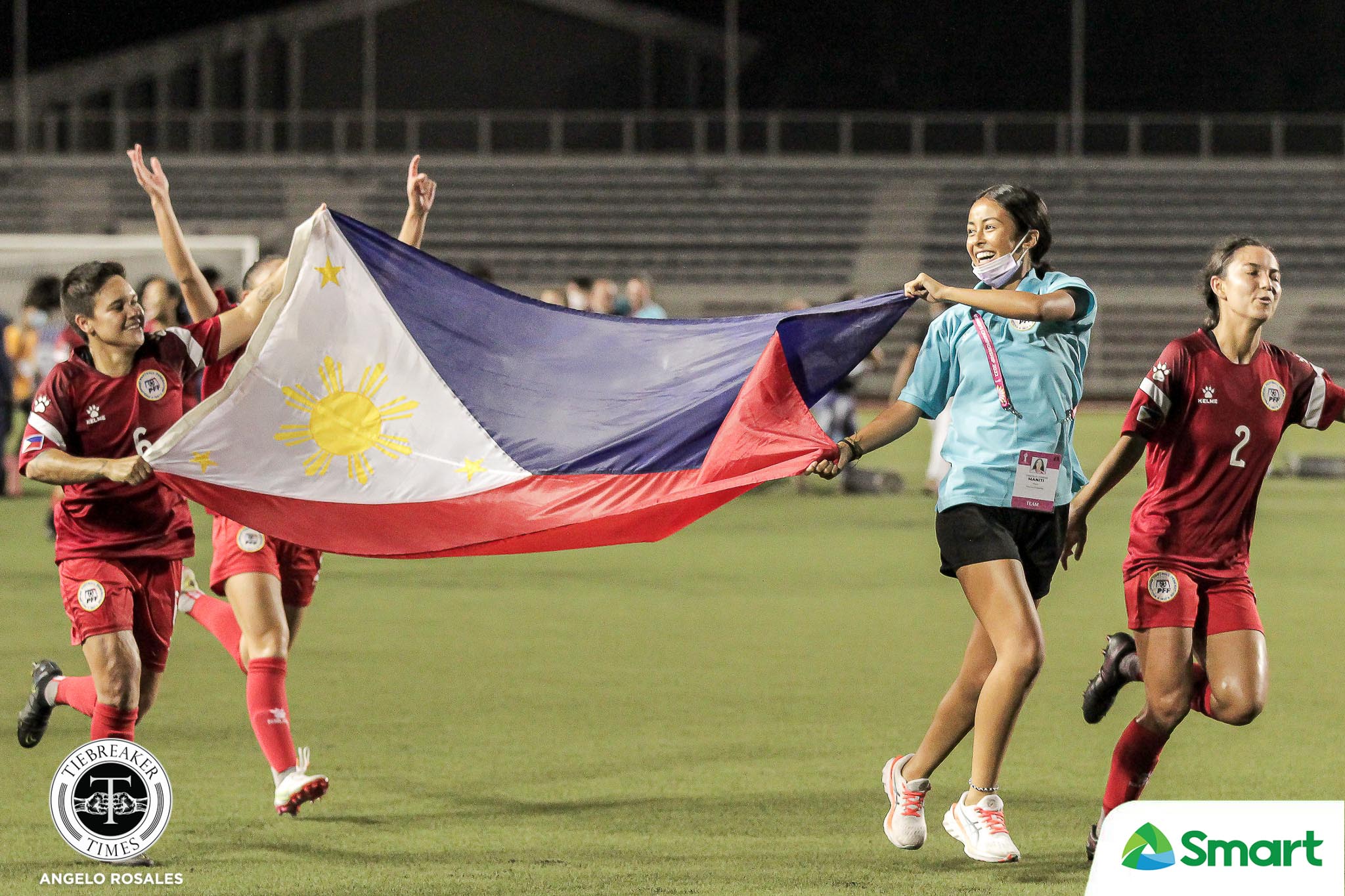 After winning the 2022 AFF Women’s Championship on home soil, the Philippine Women’s National Football Team looks to build on its memorable success as they gear up for next year’s 2023 FIFA Women’s World Cup hosted by Australia and New Zealand.

In the Philippine Sportswriters Association virtual forum, Philippine Football Federation President Mariano V. Araneta shed light on where the team will go from their momentous victory.

“The (World Cup) draw will be in October. That’s why we’re trying to schedule more games for them against opponents who are higher than us in rankings. I think there are five pots in the draw, and right now I think we’re on the fourth pot as coach Stajcic was saying,” said the 67-year-old official said in the session sponsored by San Miguel Corporation, Milo Philippines, Philippine Sports Commission, Philippine Olympic Committee, Amelie Hotel, Unilever Philippines, and the Philippine Amusement and Gaming Corporation.

The Filipinas are currently ranked 53 in the world. In order to win the AFF crown, they had to beat Vietnam and Thailand, which are currently 32nd and 43rd in the rankings.

It can be recalled that the Filipinas prepared for the regional tourney by losing 1-0 to the Republic of Ireland, which is ranked 27th in the world; and beating Bosnia and Herzegovina, ranked 63, in two friendlies.

“We just need eight points to go to the third pot. I think that’s what we’re trying to do for our team. There have been invitations from Costa Rica, we’ll play in Costa Rica. They have also qualified for the World Cup in CONCACAF,” added the Barotac Nuevo native.

“I think there’s also an arrangement to play against New Zealand, but we don’t know yet where before the draw in October. So those are the friendlies we want to (play in) that are in the pipeline, and hopefully, we can be in pot three. So that we don’t face the heavyweights right away.”

Costa Rica and New Zealand are ranked 37th and 22nd respectively. These provisional matches are consistent with Stajcic’s wishes that entail taking on different teams from various contents which are preferably ranked higher than the Philippines.

Now, the preparations going to the global spectacle will only get more intense from here. In fact, there are already discussions as to how a pocket tournament featuring other international nations will take place on Philippine soil.

“Ang plano namin kasi is before they go to the World Cup, we plan a four-nation tournament here, maybe in June. We’re looking at a natural grass pitch because they will be playing in natural grass in Australia and New Zealand,” said Araneta. “We might invite some teams that have qualified for the World Cup to play which are not part of our group in the draw.

“We’re looking at hopefully (the Philippine Sports Stadium in) Bulacan which is natural grass and (the New Clark City Stadium) Clark which is a natural grass pitch. It’s going to be a four-nation tournament. We’re still planning for that tournament.”

The FIFA Women’s World Cup next year will mark the first time the Philippines will compete in the global stage. It will involve 32 nations from the six confederations.

The Filipinas booked their ticket after reaching the semifinals of the 2022 AFC Women’s Asian Cup earlier in the year.