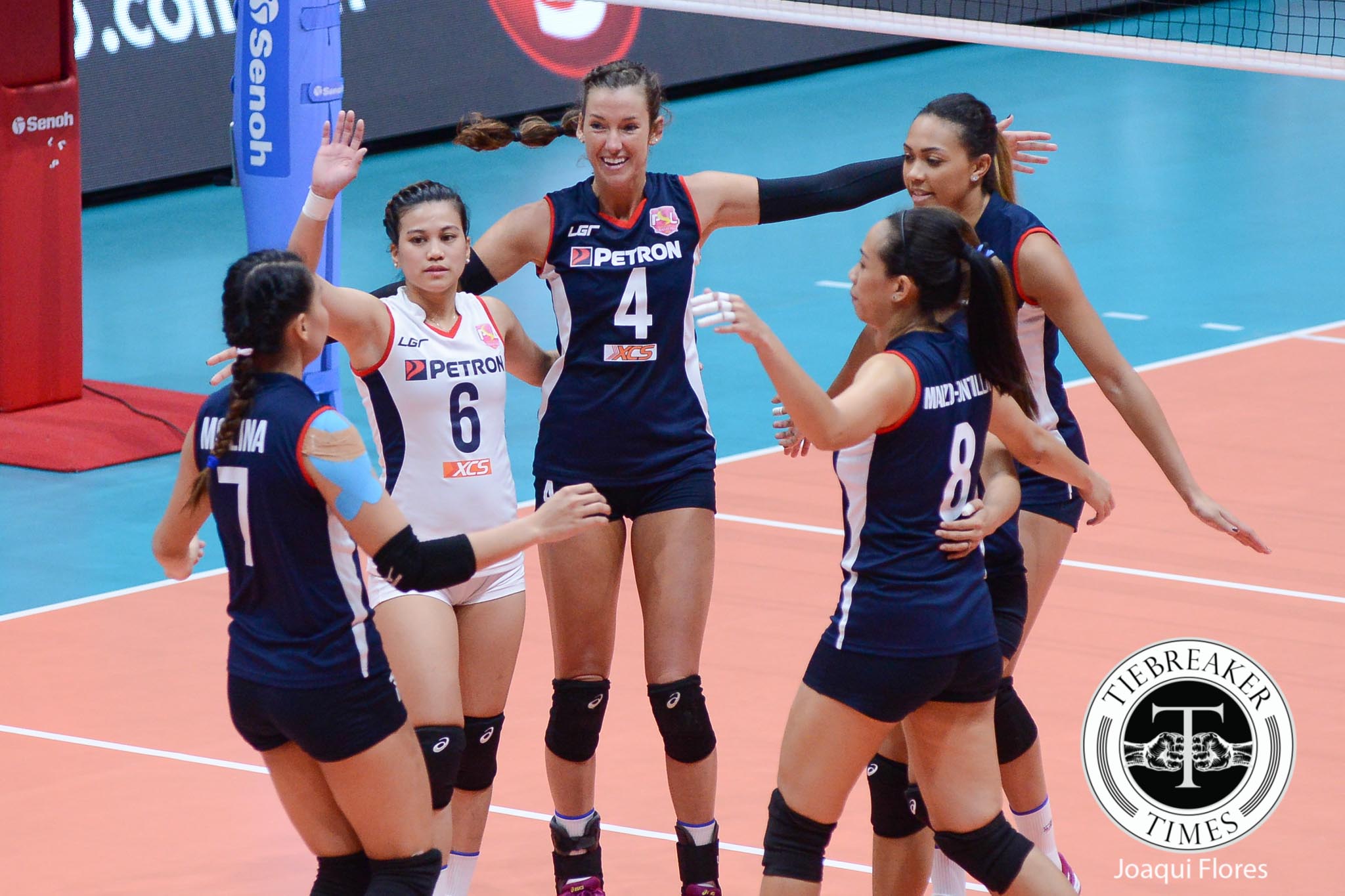 Coming off their first loss of the season, the Petron Tri-Activ Spikers have regained their mojo with a decisive straight-set win over the streaking F2 Logistics Cargo Movers, 25-22, 25-19, 25-10, in the Philippine Superliga Grand Prix at the FilOil Flying V Centre.

After trailing 1-5 in the first set, the Tri-Activ Spikers seized control of the match. Thanks to Stephanie Niemer’s loaded jump serves, they bolted to a 17-11 lead in the opening set. Trailing 17-23, the Cargo Movers tried to rally back behind import Hayley Spelman, but Petron managed to stop the bleeding after a late timeout.

The second set went in Petron’s favor immediately, with Niemer’s second trip to the service lane as stretching a 14-13 lead to 19-14. After F2 crumbled in the second frame, they fell harder in the third set, surrendering their first loss in the past four matches.

Folayang reaping rewards of sacrifice as he looks to slay Aoki