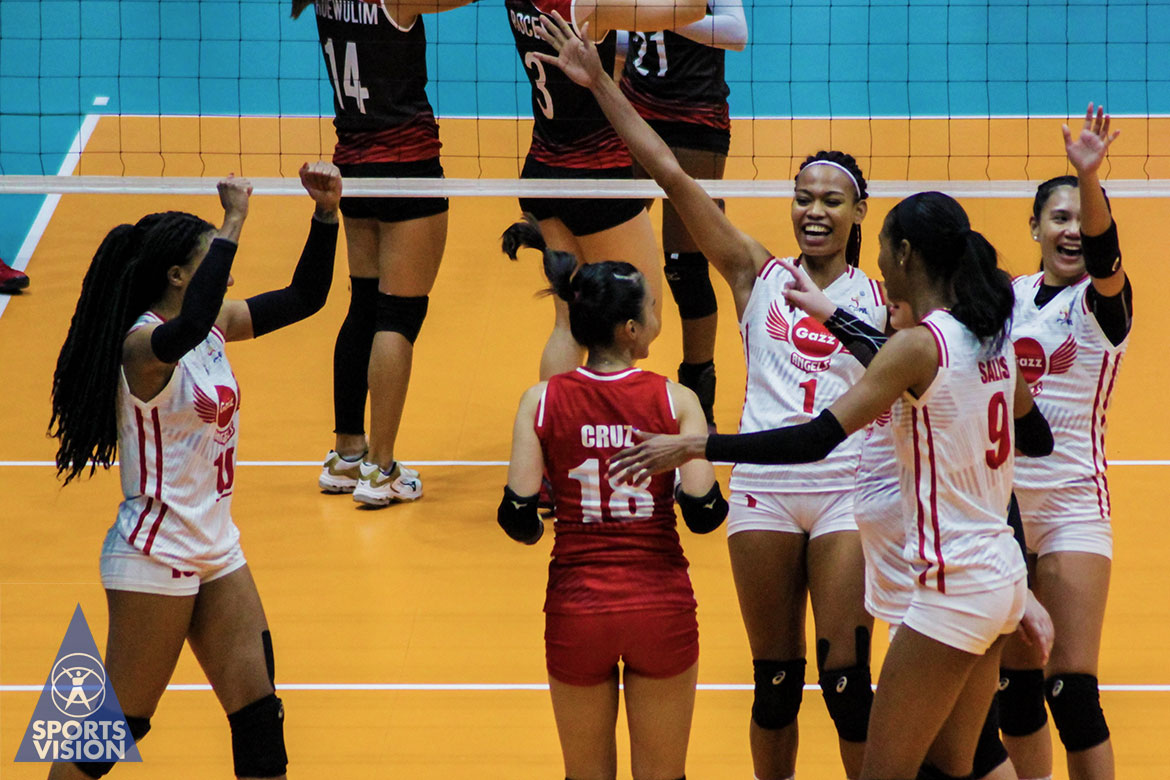 Not even an import change by BanKo slowed down the Petro Gazz Angels from inching closer to a Finals berth on Wednesday evening.

The Angels hammered a four-set 25-19, 25-15, 21-25, 25-12 beating on newly-acquired Jeane Horton and the Perlas Spikers in the PVL Reinforced Conference Season 3 best-of-three semifinal series at the FilOil Flying V Centre.

Wriggling past a tight onset, the Angels showed the grit they had lacked in the opening salvo to open the second set. Behind the high-scoring duo of Janisa Johnson and Wilma Salas, the league-leaders leaped to an 18-10 lead and raced to a 2-0 set advantage.

However, Petro Gazz’s momentum proved to be short-lived, as the Perlas Spikers got their bearings in the third stanza to take a 22-16 cushion. Though the Angels uncorked a 5-1 spurt to trim a six-point deficit to two, 21-23, BanKo reinforcements Sutadta Chuewulim and Horton took turns in stifling Petro Gazz’s net defense to evade a sweep.

Not wanting to allow the Perlas Spikers to regain footing, the Angels blasted the game wide open, leading by seven entering the second technical timeout, 16-9. After the brief break, Petro Gazz remained hot to balloon the cushion to double-digit, 21-10. From that point onward, the Angels never looked back and walked away with a win.

Salas had a triple-double performance, pouring in a game-high 25 points, all but one coming from attacks, laced with 13 excellent receptions and 12 excellent digs.

Complimenting the Cuban import was Johnson who also had a triple-double of her own. The American import tallied 23 points off 21 attacks and two blocks, on top of 16 excellent receptions and 14 excellent digs.

BanKo team captain Nicole Tiamzon finished with 12 points. Chuewulim had 12 markers as well but was built on 11 attacks and an ace. The Thai import also ended with 16 excellent receptions and 15 excellent digs to notch a triple-double of her own.

Game Two will be played on Saturday, July 6 at the Ynares Sports Center in Antipolo.