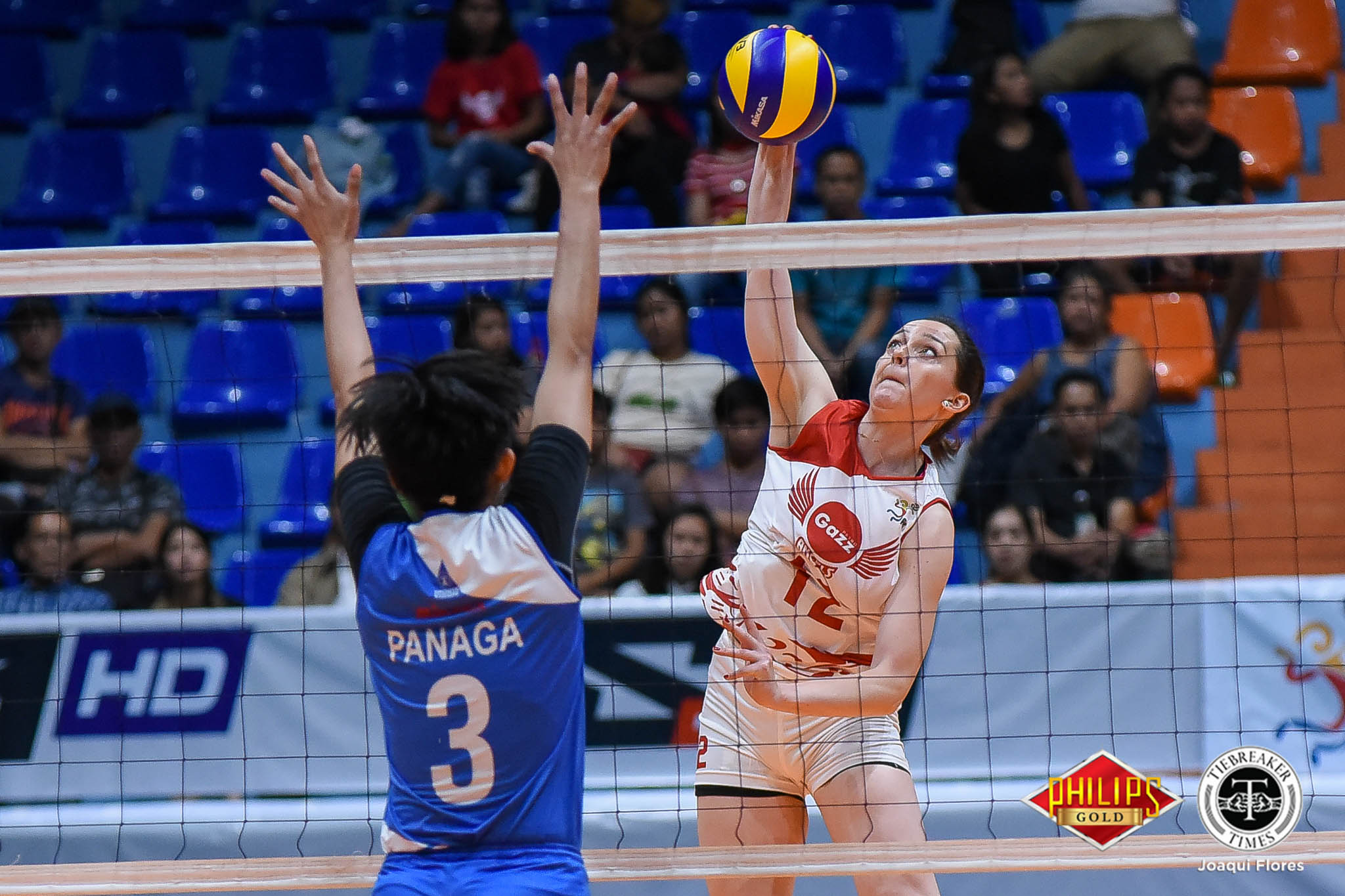 From the bottom of the standings, the Petro Gazz Angels have launched themselves back into contention for a top two spot in the Premier Volleyball League Reinforced Conference, quelling the Pocari Sweat-Air Force Lady Warriors, 25-19, 20-25, 28-26, 25-21, at the FilOil Flying V Centre.

Petro Gazz needed to muster comebacks in the third and fourth set to escape with the win. Trailing 9-16 in the third frame, the Angels went on an 8-0 run, highlighted by four consecutive aces from Olena Lymareva-Flink. Dragged into a deuce, the Angels caught just enough breaks in the end to come away with a 2-1 lead. Their luck was best seen in the set’s final point, in which a Chie Saet dig ricocheted into Pocari Sweat’s court.

The Angels then alleviated a 12-17 Pocari Sweat advantage in the fourth frame, scoring 13 of the next 17 points to close the match.