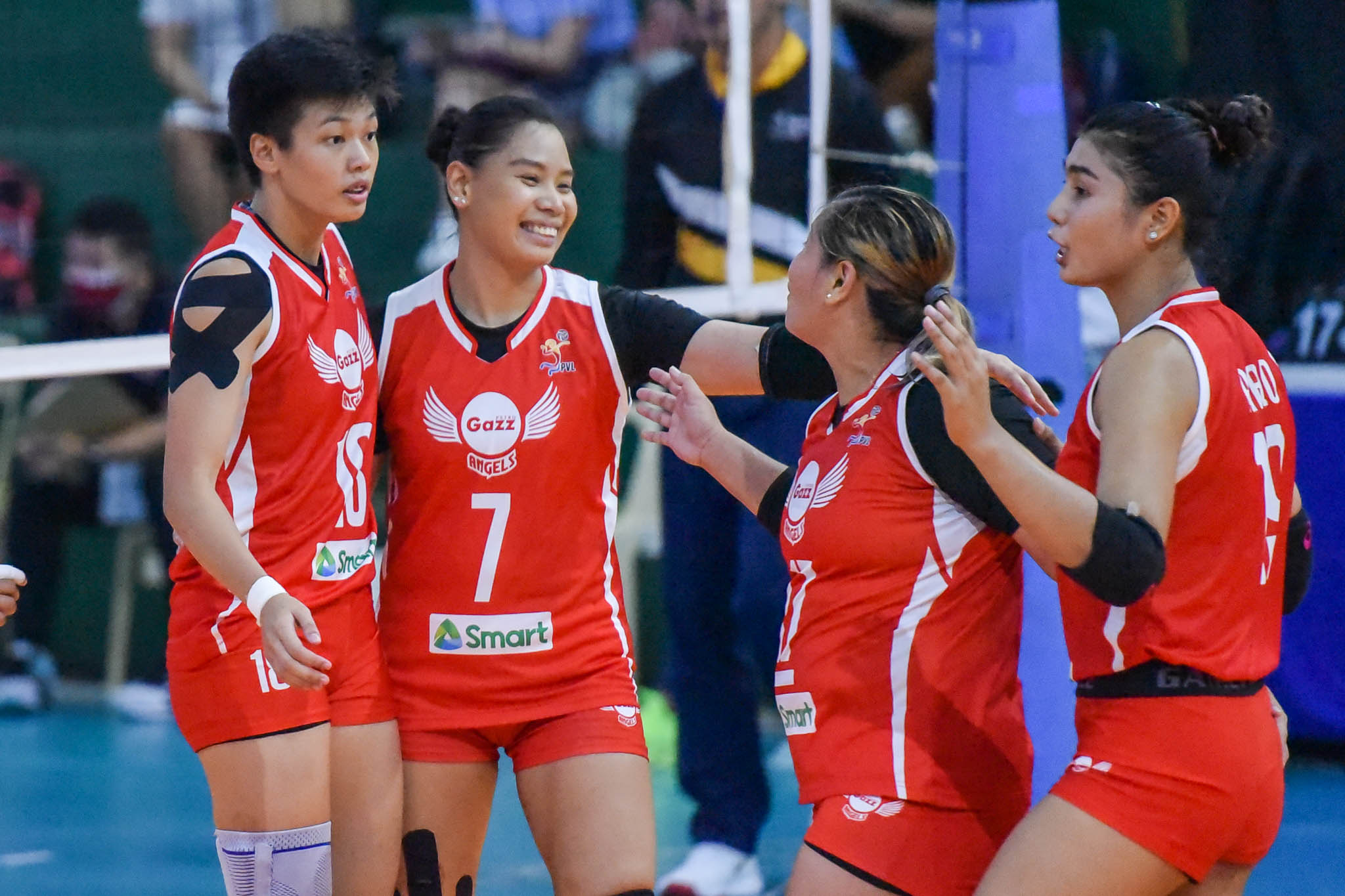 Petro Gazz gutted out a five-set thriller over Chery Tiggo, 22-25, 25-20, 21-25, 25-21, 15-11, to end the second day of the Philippine National Volleyball Federation Champions League on Sunday at the Aquamarine Sports Complex in Lipa City, Batangas.

The Angels are now in second with five points off a 2-0 standing.

With the Crossovers crawling back from a three-point deficit, Myla Pablo, Ces Molina, Chie Saet, and Ria Meneses unloaded a 5-0 blitz to restore the Angels’ lead, 13-9, in the final set.

Dindin Santiago-Manabat halted the run via an off-the-block hit. Chery Tiggo then converted a block to slice the lead to just two, 11-13.

Molina then put Petro Gazz at match-point, before conniving with Meneses for a block on Santiago-Manabat that clinched the win.

Pablo led the Angels in the scoring department with 14 points.

On the other hand, Santiago-Manabat’s 37-point outing went down the drain as Chery Tiggo surrendered a 7-4 advantage in the fifth frame en route to the loss.

Molina also had an all-around outing, finishing with 13 points, 14 excellent receptions, and 12 digs in the victory.

Mylene Paat chipped in 13 markers while Justine Dorog had 10 points, eight receptions, and seven digs for the Crossovers, who absorbed their first loss of the tournament, slipping to a 1-1 standing.

Petro Gazz will face league-leader F2 Logistics tomorrow at 4:00 PM while Cheri Tiggo aims to bounce back against California Sports Precision on the same day at 1:30 PM.