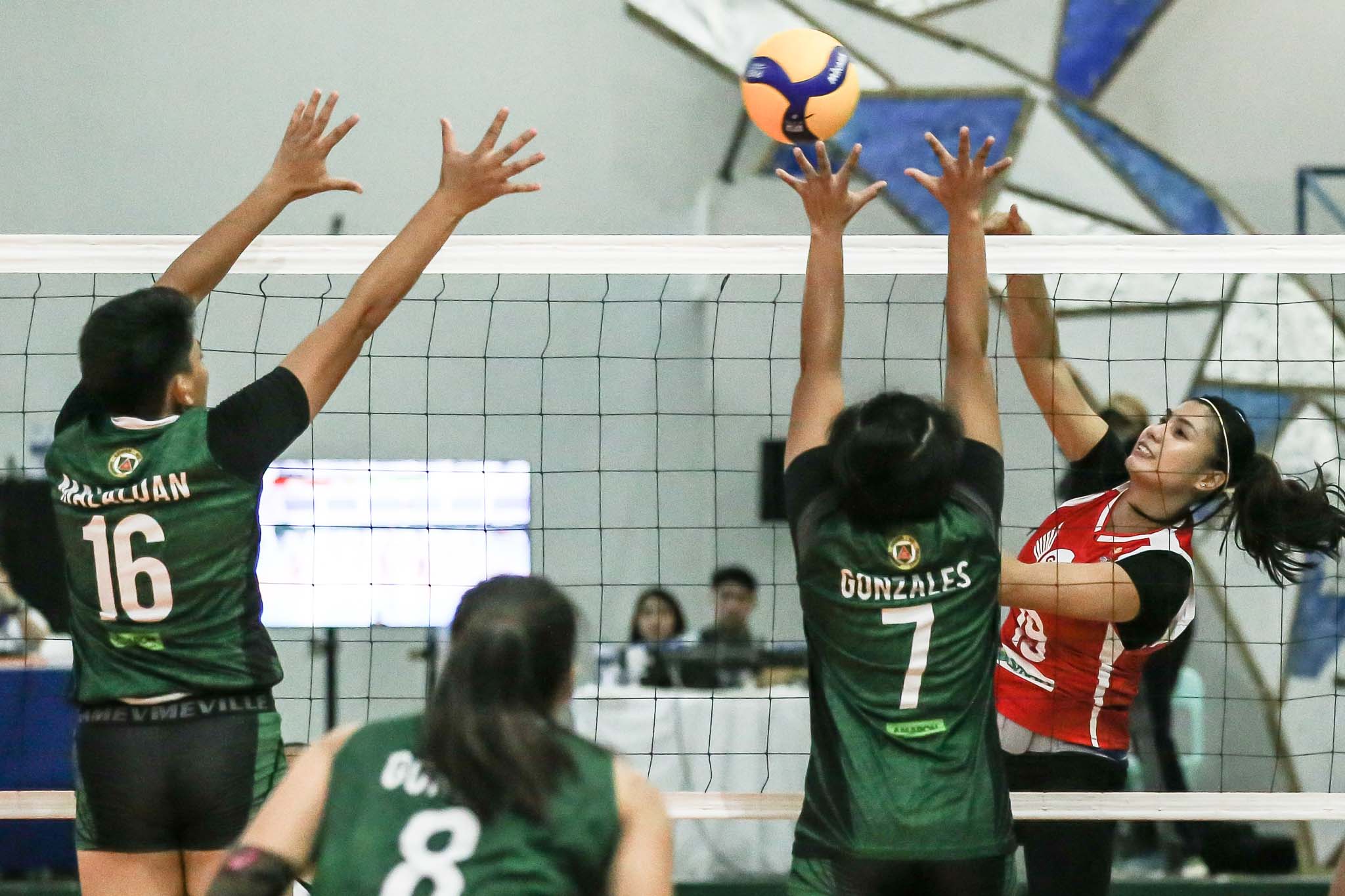 The Angels got things going in the fourth set when Ces Molina and Myla Pablo led a 5-1 spurt, 16-10, to enter the second technical timeout. Army got to within one point thanks to Joanne Bunag pouring four points in a 6-1 run, 20-21.

That wasn’t enough, however, as late errors hounded the Lady Troopers, giving the Angels a 25-21 win in set number four.

Petro Gazz overcame a long stop after the court was deemed unplayable due to the effects of the continuous rain here at Bacarra. After a 70-minute delay, the game was halted in the second set and resumed after three hours and 40 minutes.

Grethcel Soltones led the offensive attack for Petro Gazz with a game-high 18 points built on 16 attacks an ace, and a block. She also tallied 15 excellent digs and 12 excellent receptions.

Ria Meneses also had an impressive debut with 16 points off nine blocks, six attacks, and an ace while Pablo and Molina chipped in 16 and 15 points, respectively.

Meanwhile, Kath Arado was a beast on the defensive end with 28 excellent digs and 21 excellent receptions.

Petro Gazz, after winning the first set, 25-19, zoomed to a 4-1 advantage in the second set before the game was halted once more due to the continuous rain that caused some slippery spots on the floor.

Once play resumed, Army found themselves down by two, 17-19, before Jovelyn Gonzaga and Royse Tubino went on a 6-1 run to give Army a three-point advantage, 23-20. Soltones tried to keep Petro Gazz afloat but Christine Francisco delivered two consecutive points for Army, 25-23.

Pablo, and then Molina, delivered the huge blows in the third set which was capped off by an ace from Meneses.

Army skipper Jovelyn Gonzaga provided 17 points in the loss while Bunag – who went hot in the fourth set – provided 14 points all of which coming from attacks.

Petro Gazz will next go up against PVL rival Creamline on Tuesday at 4:00 PM while Black Mamba-Army will face Balipure on Monday at 7:00 PM.