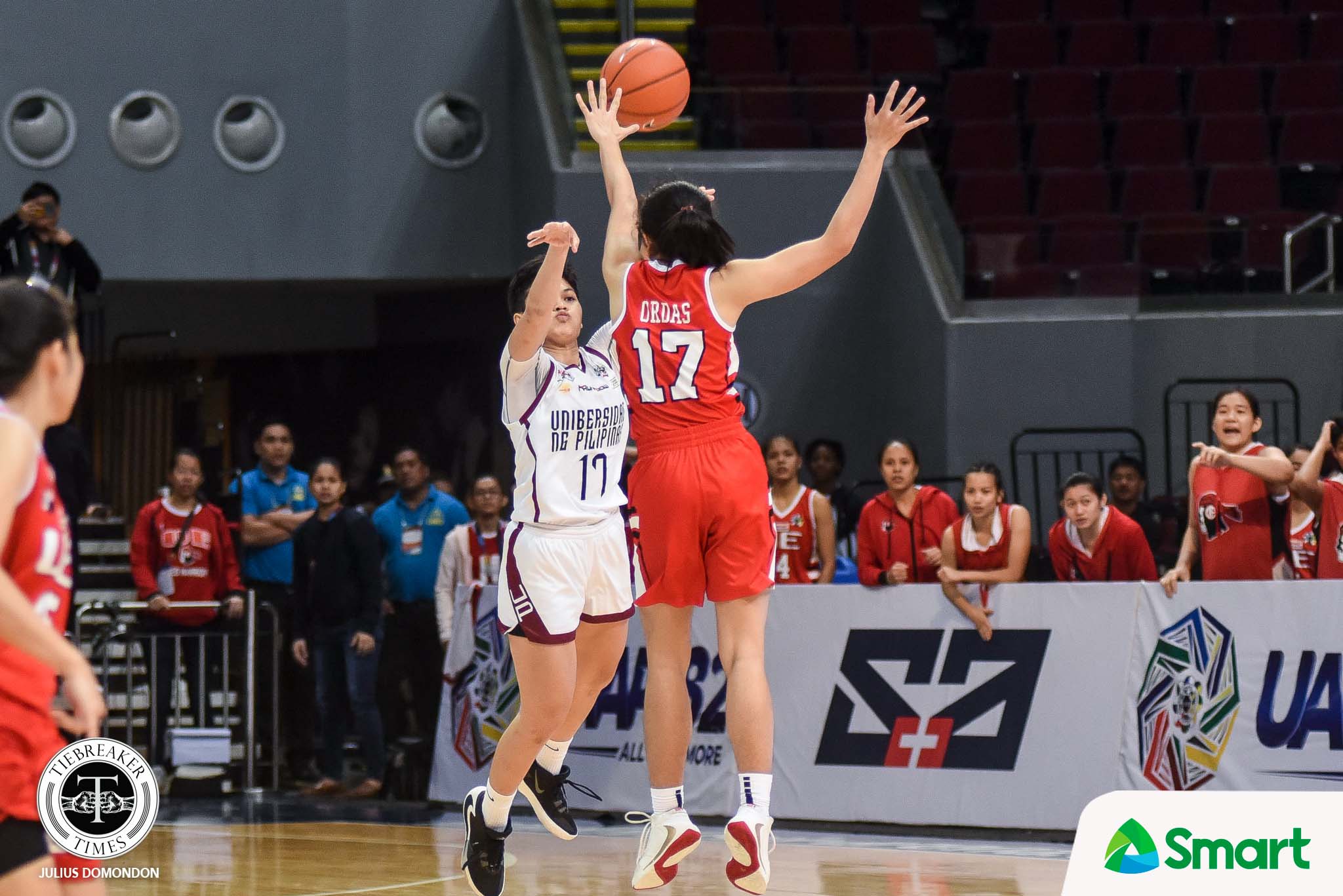 Pat Pesquera’s prayers were answered as she buried the miraculous three-pointer from halfcourt to finally end University of the Philippines’ heartaches with a thrilling 55-52 triumph over University of the East, Saturday in the UAAP Season 82 Women’s Basketball Tournament at SM Mall of Asia Arena.

And what a way for the Lady Maroons to end their gloomy, three-year-long, 38-game losing streak. The graduating winger swished in the Hail Mary at the buzzer to finally let her team taste their first victory of the season.

The winner capped off Pesquera’s superb performance with her 13 points, seven coming in the payoff period, to go with nine rebounds and three assists to help UP rise to 1-8 in the standings.

Rei Sanchez added 10 points and five boards, while Jona Lebico had nine points and seven rebounds in the win.

“The right word is its a miracle and it’s really a miracle that she made it,” said coach Paul Ramos, who also won his first game at the helm for the Lady Maroons.

“I think it’s still a culture of working together and really working to get better every game, even if it’s so hard to win each game. I’m very happy and very glad that we’re finally able to break the curse.

“Everyone deserves this win.”

Still, UP had to fight back from a 13-point, first-half deficit. Pesquera even put UP ahead, 52-51, with her bucket down low with 2:11 remaining. Both teams then struggled to execute in the endgame.

Princess Pedregosa drew a foul on Pesquera with 15.1 seconds left, but she could only muster a split to knot the game at 52.

UE had a chance to win the game, but Joyce Terrinal muffed her trey. Pesquera then got the ball and converted her winner.

“If she’s not capable of throwing that, we may not be able to take that win. But I said to the team kanina na ‘di kami mapupunta sa sitwasyon na ‘yun if we did not work together to be competitive at makadikit kami sa UE,” said Ramos.

The Lady Warriors sank to a 1-9 record.