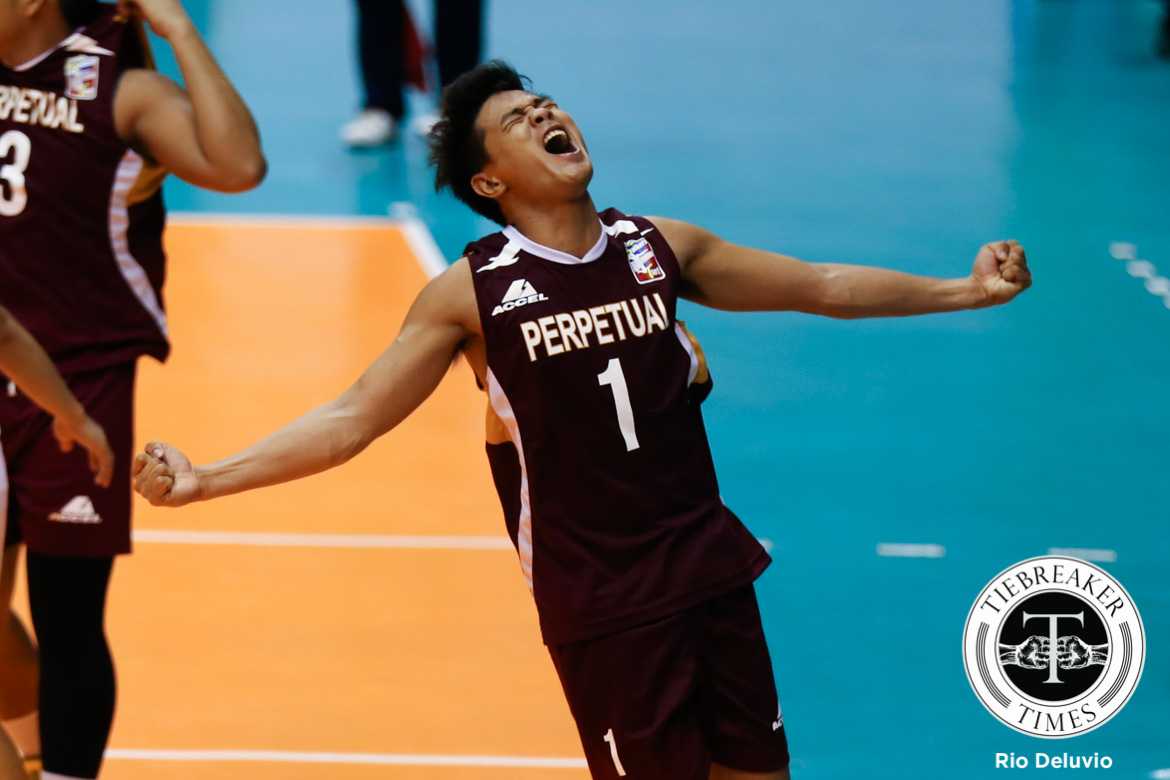 Defending NCAA champs University of Perpetual Help System DALTA Altas started strong and needed an even stronger finish to repel the De La Salle University Green Spikers in five thrilling sets, 25-20, 25-15, 19-25, 14-25, 15-12, in in Group B of the Spikers’ Turf Collegiate Conference elimination round at the PhilSports Arena in Pasig City.

Perpetual came out of the gates with guns ablaze, trumping their mis-receiving Taft counterparts to take the first two sets of the match. The tides turned, however, when La Salle figured out Perpetual’s serves and passed in the third and fourth sets. The Green Spikers went on to force a classic fifth set handily.

The Altas sprinted to the finish line, capturing a 10-6 lead through solid defensive plays and attacks from Rey Taneo. Raymark Woo powered a late La Salle rally, turning in back-to-back kills to cut the deficit to one, 10-9. But Perpetual made all the big plays down the stretch, getting a boost from an Arjay Onia attack error, then finishing off the match with hits and blocks from the middle spiker John Patrick Ramos.

UAAP Scoring champ Raymark Woo blistered for 27 points off 22 spikes, four blocks, and an ace, but was the only Green Spiker in double-digits.