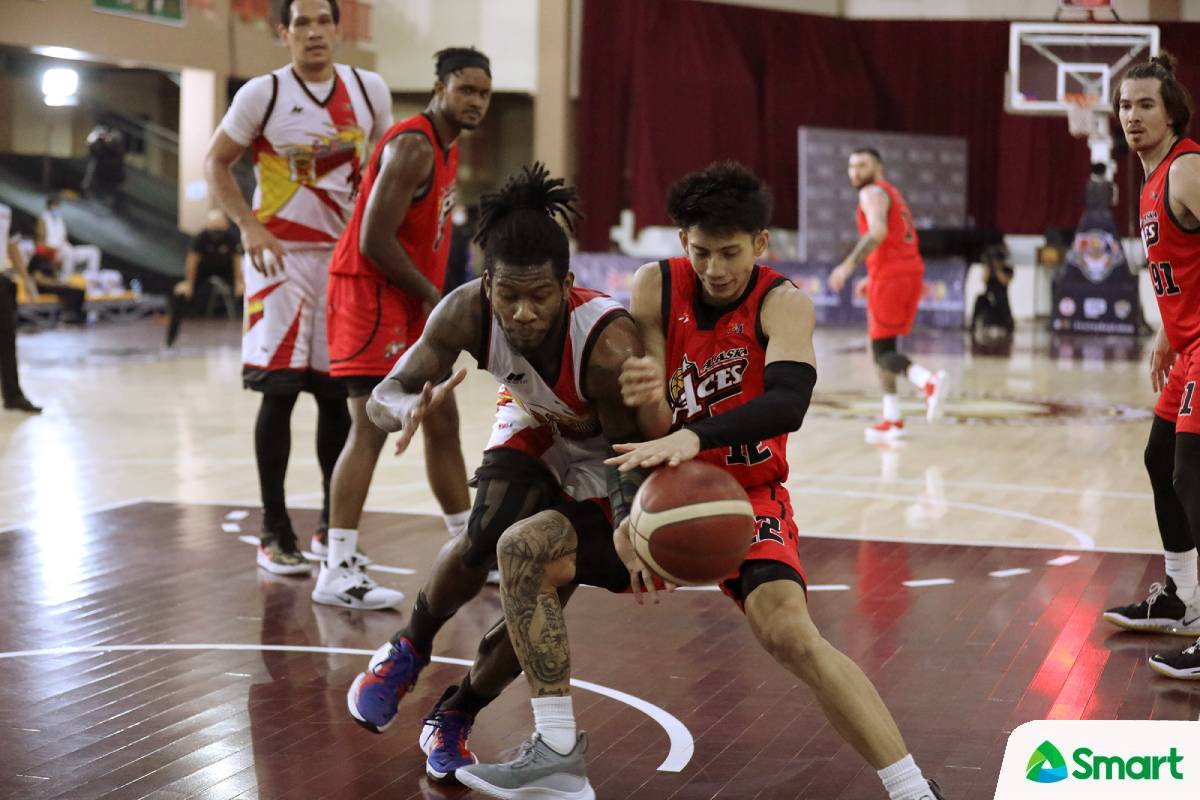 The third-year guard was at the left-wing when receiving Chris Ross’ kick-out. He could have taken advantage of the opposition’s lapse that saw Maverick Ahanmisi lost on defense, which gave him room to pull the trigger.

But even if his counterpart was too late to close out, Perez did not look to launch the three-pointer. He immediately swung the ball to his left – to Marcio Lassiter.

And as usual, the veteran sharpshooter knocked it down from the corner pocket with 3.8 seconds remaining. With that, his shot gave the Beermen a 101-100 lead.

The perennial contenders went on to bag the one-point win, sealing the fourth seed for the quarterfinals while booting the Aces out of contention.

Asked about that final play, Perez said that he always knew where Lassiter’s spots were, thus his decision to pass the rock.

Head coach Leo Austria, meanwhile, was glad to see a familiar play be executed by his veteran-laden crew – plus Perez.

“Because of familiarization of the players to June Mar, they were in their spots,” he said. “Good thing is medyo swerte rin kami na na-prevent nila si June Mar. But on the kickout, there were a lot of extra passes just in time.

That victory was truly big for the quarterfinals. By showing the Aces the door, the Beermen have now sealed the no. 4 spot – meaning that they would play in a best-of-three series against either NorthPort or Rain or Shine.

Still, there remains more work to be done for Perez and SMB heading into the next round, according to the four-time Coach of the Year.

“We still keep on adjusting because it’s only CJ’s 11th game with the team, so kinukuha pa namin ‘yung chemistry. That’s why we wanted to win this game, because by winning this game, ‘yung confidence level tumataas,” he said.

“They’re believing in what we’re doing, so this is a big win para sa amin. Although alam namin na pasok kami sa four or five, but we want to be at number 4 because it will give us a lot of confidence,” he added.

Perez also agrees that he and the Beermen need to polish a few things as they now set their sights on the playoffs – his first-ever.