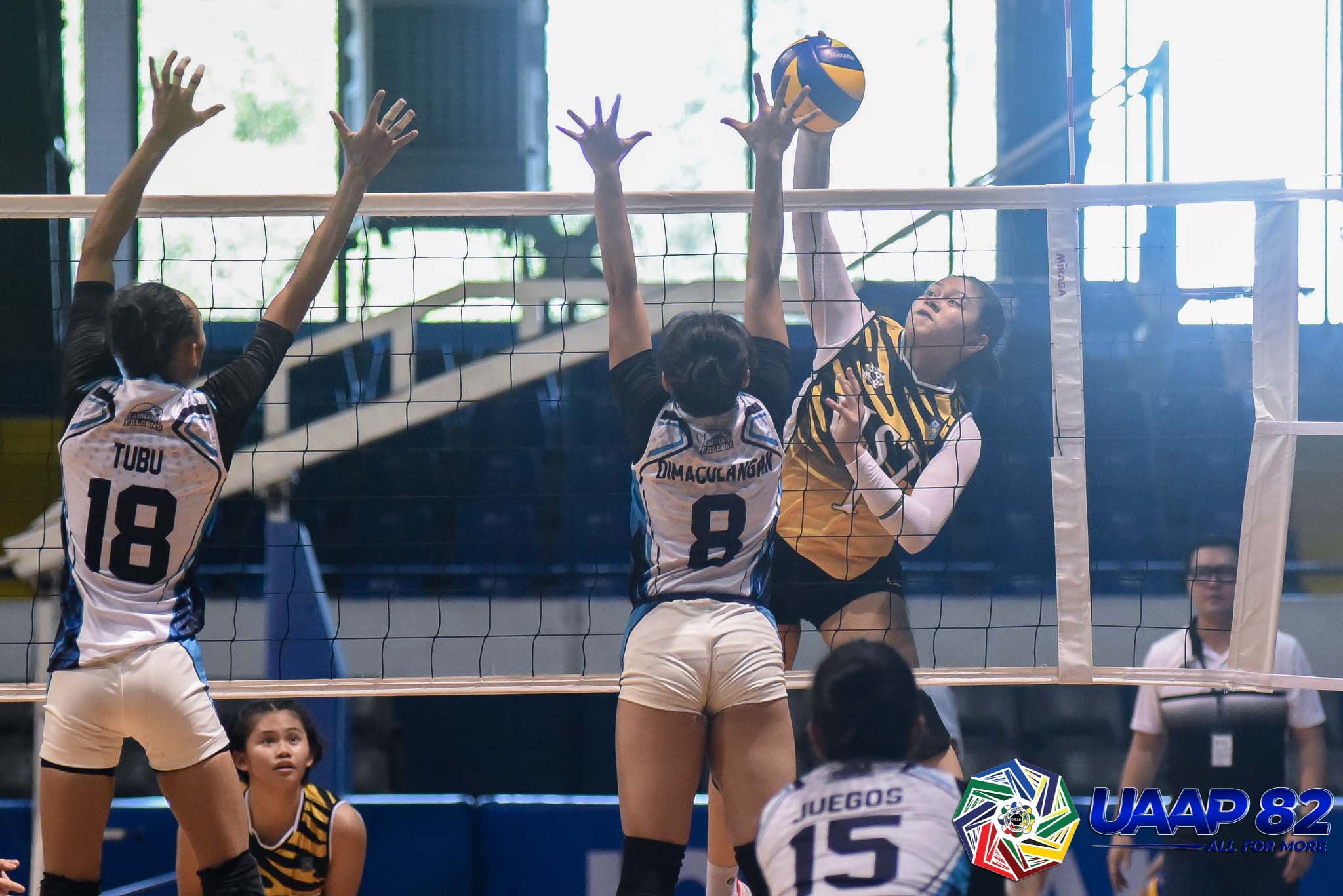 The University of Santo Tomas and National University-Nazareth School protected their clean slates after beating their respective foes in the UAAP Season 82 Girls’ Volleyball tournament Sunday at the Blue Eagle Gym.

With the Baby Falcons up by a point in the third set, 8-7, the Junior Tigresses went on a 12-2 rally to put the game out of reach and claim its fifth win in as many games.

The Lady Bullpups need a 17-7 finishing kick in the fourth set topped to extend their undefeated run to four matches.

Evangeline Alinsug topscored for the Bullpups with 18 points on 10 spikes and eight service aces while Alyssa Solomon chalked up 17 markers.

Lyann De Guzman and Alexis Miner had six points apiece for FEU. The Bullpups dominated the Baby Tamaraws in the spiking category, 42-14.

#ReadMore  UST unleashes mayhem on UP, sends semis to win-or-go-home

Last season’s MVP Angel Canino missed her second consecutive game due to a suspected MCL injury and is expected to be out for the whole first round, but the Junior Lady Spikers were still able to chalk up their second win in four matches.

“Hinayaan ko lang sila to do their best, and very encouraging sa program na maraming nagste-step up in the absence of Angel Canino,” said coach Tina Salak, as De La Salle-Zobel moved in a tie with Adamson University in third place.

The Junior Lady Spikers displayed nerves of steel as Irah Jaboneta’s off-speed shot and an attack error from the Junior Warriors ended the energy-sapping third set.

UE ran out of steam, as De La Salle-Zobel raced to a 14-3 fourth set lead and never looked back.

Chris Ann Susbilla’s 22 points went for naught as the Junior Warriors slid to 1-4. 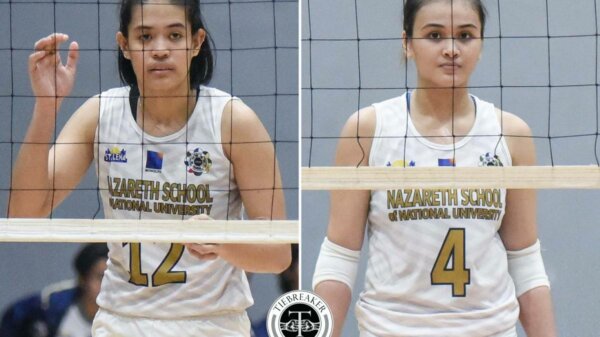 Solomon, Belen out to prove that age is just a number

Doubts and eyebrows raised when PNVF President Tats Suzara said on Wednesday that they are assuring the 16 players who attended the women’s volleyball...