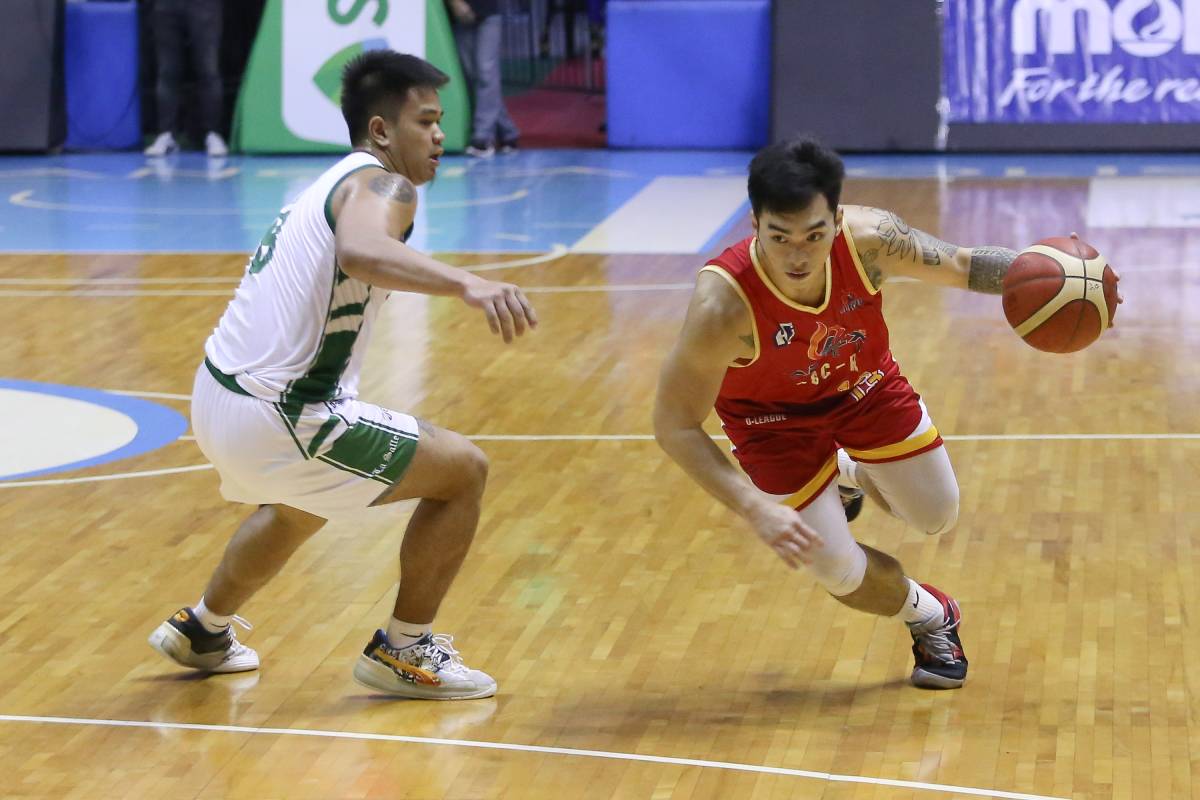 With Apex Fuel-San Sebastian in dire need of a leader, Ichie Altamirano stepped up to the plate and seized the baton.

The 24-year-old guard from Antipolo willingly embraced the lead role for the Golden Stags, providing wisdom and being the team’s anchor as they wade through the 2022 PBA D-League Aspirants Cup.

Gambit as it is to some, Altamirano is just making the most of his last go-round in Recto.

And it also led him to be named the Cignal Play-PBA Press Corps D-League Player of the Week award for the period July 18 to 22 after his stellar play for Apex Fuel-San Sebastian, guiding his side to a 2-0 week after averaging 12.5 points, 4.0 rebounds, and 3.0 assists in big wins over AMA Online and EcoOil-La Salle.

What’s more impressive was his seven steals against the Green Archers as the Golden Stags pulled off the 73-51 stunner to push his side up to a 3-1 record and still very much in contention for the top two spots.

Altamirano’s standout performance allowed him to best Adalem Construction-St. Clare’s Johnsherick Estrada, Centro Escolar University’s Franz Diaz, and Marinerong Pilipino’s Jollo Go who was just called up by Blackwater for the weekly plum as the group, made up of sportswriters and editors covering the beat, hands out citations in celebration of the developmental league’s 10th season.