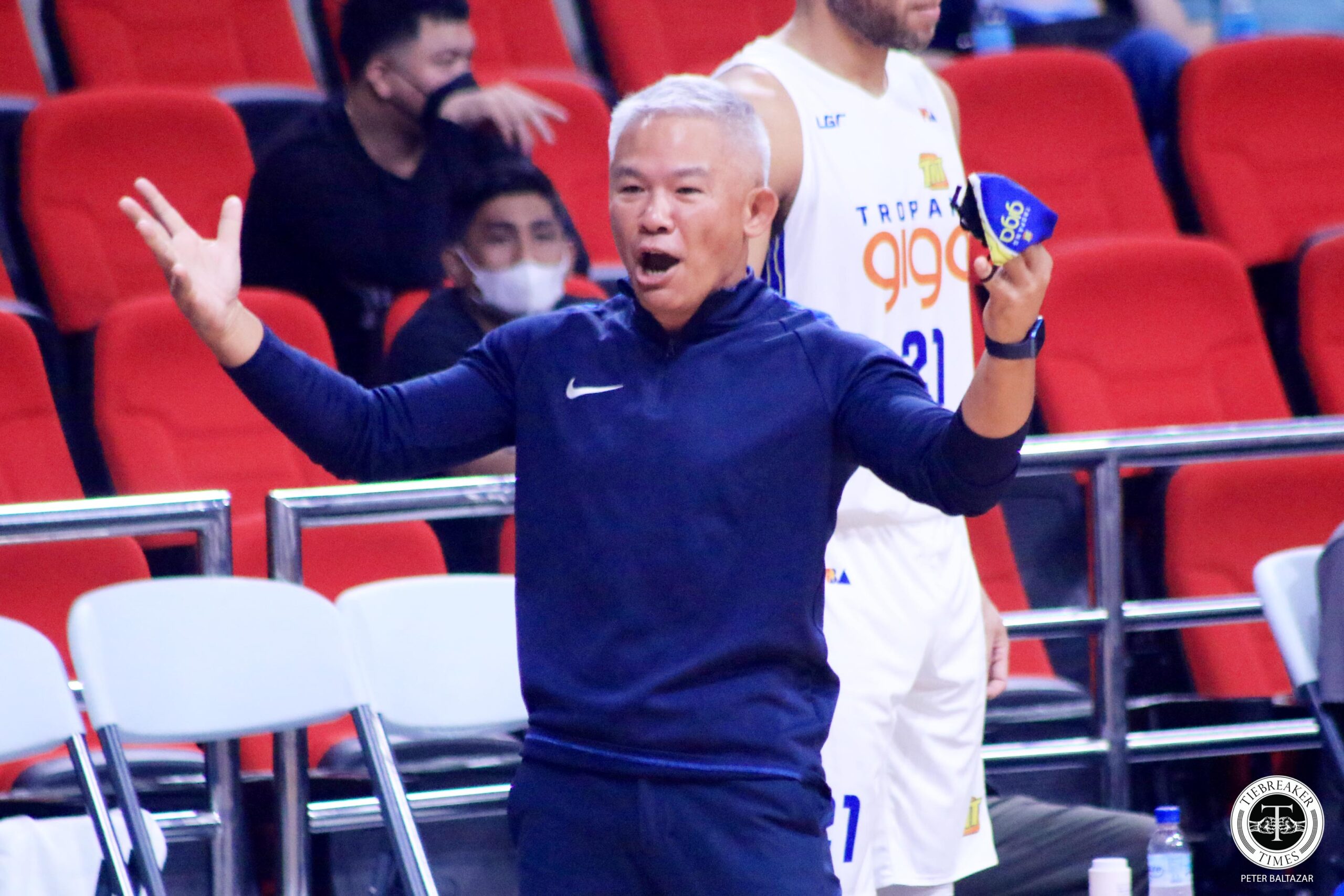 The league’s reigning scoring champion has been suspended by the Tropang Giga management for a week without pay for missing practices multiple times now, the most recent of which was the day prior to the Fuel Masters encounter.

“We don’t dwell on those things. We only worry about the players who are here,” he said moments after the 91-88 defeat at the Ynares Center here. “Those who are not here, [there is] nothing much we can do about that. He’s not here.

“We focus on the players who are here. We have enough to win games. Doesn’t matter who’s here, we should be able to go and play for 48 minutes. But we’re not able to do so. That’s our problem,” the 59-year-old furthered.

TNT could’ve definitely used the gunslinging ways of the scoring ace but Reyes rued that his squad had already ‘lost the game at the start.’

The Tropa only scored seven points in the first 12 minutes, while the opposition raced to 17 points to head into the next frame up big.

“We lost the game at the start. We can’t score seven points in the first quarter,” lamented Reyes.

Still, TNT woke up in the succeeding quarters and even took a three-point lead in the final period, but just could not finish. A key basket from Kaleb Wesson plus free throws from Encho Serrano and Tyler Tio finished them instead.

Reyes said that the Tropang Giga can’t hack out wins if it cannot play consistently for an entire game.

“If we can’t play 48 minutes, we’re not gonna win many ballgames,” said the outspoken coach, whose TNT is now 3-4 in the standings.

“We’re just going to… yan ang palaging mangyayari, we’ll always put ourselves in that position where it’s going to be tougher for us.”