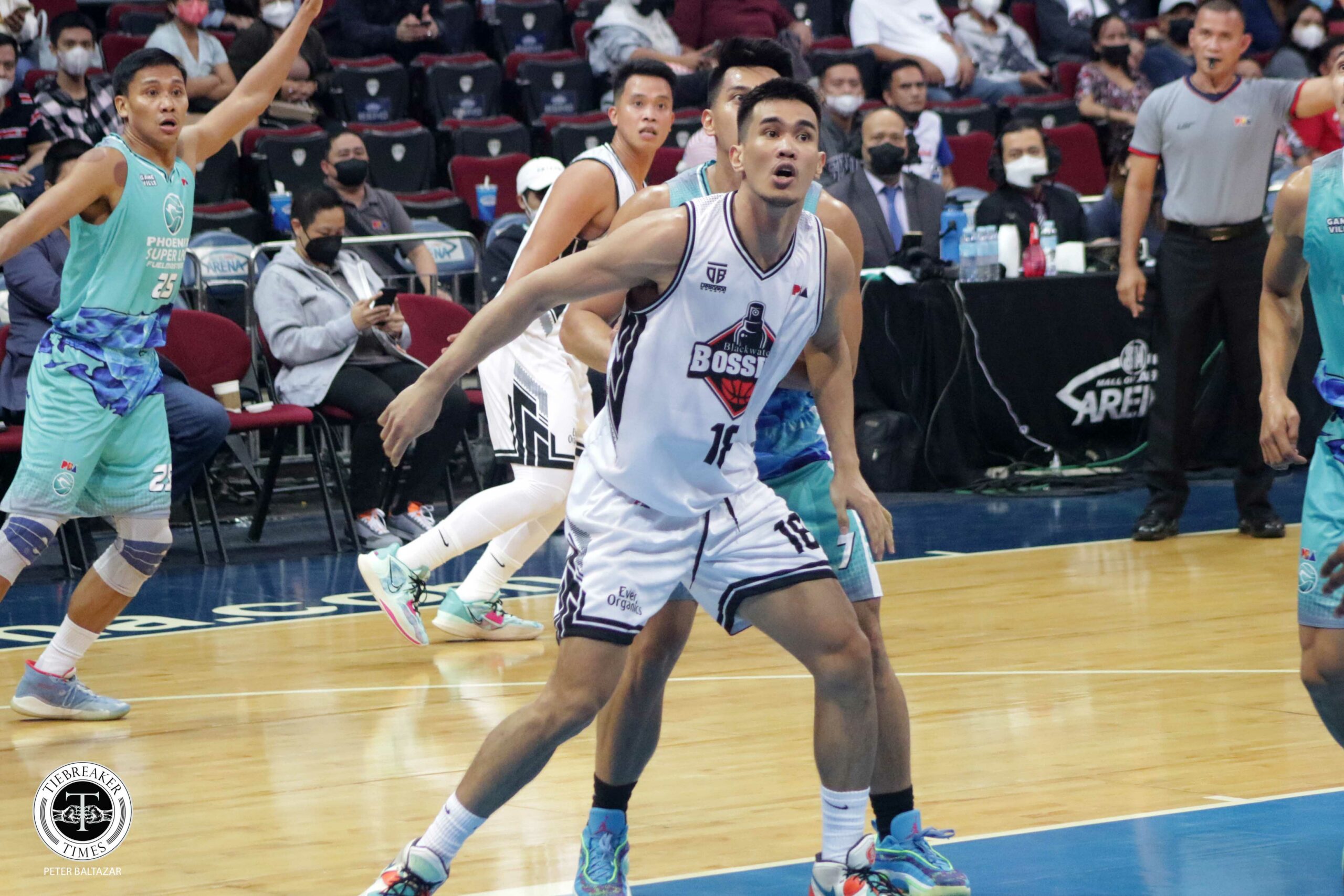 Troy Rosario proved to be the difference as Blackwater dusted dirt off its shoulders and beat Phoenix Super LPG, 97-85, for win no. 1 in the 2022 PBA Commissioner’s Cup, Saturday night at the Mall of Asia Arena in Pasay.

The veteran forward tallied 15 points, including 10 in the first half to help the Bossing take control in the second period before pulling away late to bounce back from the 133-87 decimation they absorbed from Bay Area two nights ago.

He also collected 10 rebounds to finish with a double-double in his debut as he now begins a new chapter after being traded by TNT before the conference.

Baser Amer shined in the victory with 24 points, his best performance in a Blackwater jersey that was also his season-high.

He scored 16 of his points in the second half, which saw him open the fourth quarter with a trey that signaled the beginning of their breakaway to turn a narrow three-point lead to as much as 14, 91-77, with 3:39 left.

“I challenged the team, only us can redeem ourselves,” said the veteran mentor, glad that his charges responded aptly to his challenge that ultimately led to them ending a seven-game losing skid that dates back to the 2022 Philippine Cup.

Blackwater will try to make it two in a row when it takes on the returning Frankie Lim and NLEX on Friday, September 30, 3:00 p.m. at the Philsports Arena.

Meanwhile, Kaleb Wesson finished with 28 points and 26 rebounds to lead Phoenix, who absorbed its second loss in as many outings.

RR Garcia had 13 points, while Javee Mocon added 11 markers for a Fuel Masters side that welcomed head coach Topex Robinson back after missing their opening game against NorthPort last Wednesday.

Phoenix will have itself a daunting challenge ahead as it faces the 2-0 Bay Area next Saturday at 4:30 at the Philsports Arena as well.