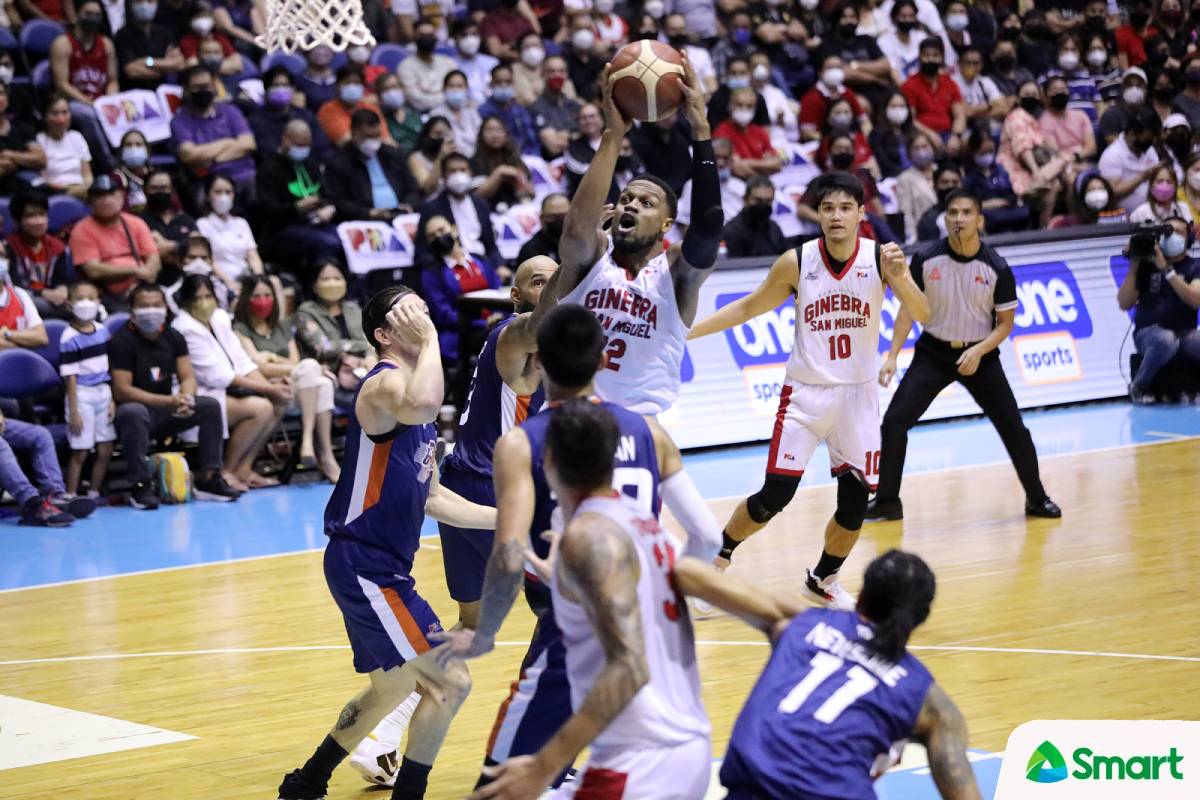 Barangay Ginebra’s star trio came through as the Kings beat Meralco, 95-84, to even their 2022 PBA Governors’ Cup Finals series at two games apiece before a record audience at the SMART Araneta Coliseum, Wednesday night.

Justin Brownlee and Scottie Thompson, crowned as the conference’s best of the best, led the third quarter explosion, while LA Tenorio provided the stability in the endgame to help their side reduce the title bout to a virtual best-of-three.

Game Five is on Easter Sunday still at the Big Dome at 6:30 p.m., with the pandemic-record crowd of 17,298 expected to be surpassed.

“That’s when we’re at our best, when everybody’s contributing, everybody’s working on the offense and the defensive side. And I thought we played our best game of the series today,” offered head coach Tim Cone postgame.

The Best Import and the BPC finished with 27 points apiece, with the former adding 18 rebounds. They combined for 23 of Ginebra’s 27 points in the third canto, including 15 in that 17-8 run to finish the frame with a 68-54 lead.

The onslaught continued in the fourth quarter, with Nards Pinto swishing a three-pointer to push their lead to 20, 80-60, with 8:19 to go.

Their rivals managed to claw back and knock to within seven. But Thompson nailed a big triple, seconded by five points from Tenorio to re-establish their double-digit cushion, 93-81, with just 1:17 on the clock.

Jeff Chan and Christian Standhardinger then went on to apply the finishing touches, as Ginebra made sure that it would close the game out strongly — something that they failed to do in Game Three last Sunday.

“We kind of broke apart in our last game. People were trying to pretty much do it on their own. But today, it was really a collective effort. And it was hard for Meralco to see and focus on any one guy,” Cone said.

Tenorio finished with 17 points and five assists, together with two steals. Standhardinger chipped in 11 markers and six boards in the victory that served as a warm welcome for the returning Japeth Aguilar.

Meanwhile, Tony Bishop led Meralco with 25 points and eight rebounds in the loss, which saw his team shoot just 7-of-28 from deep.