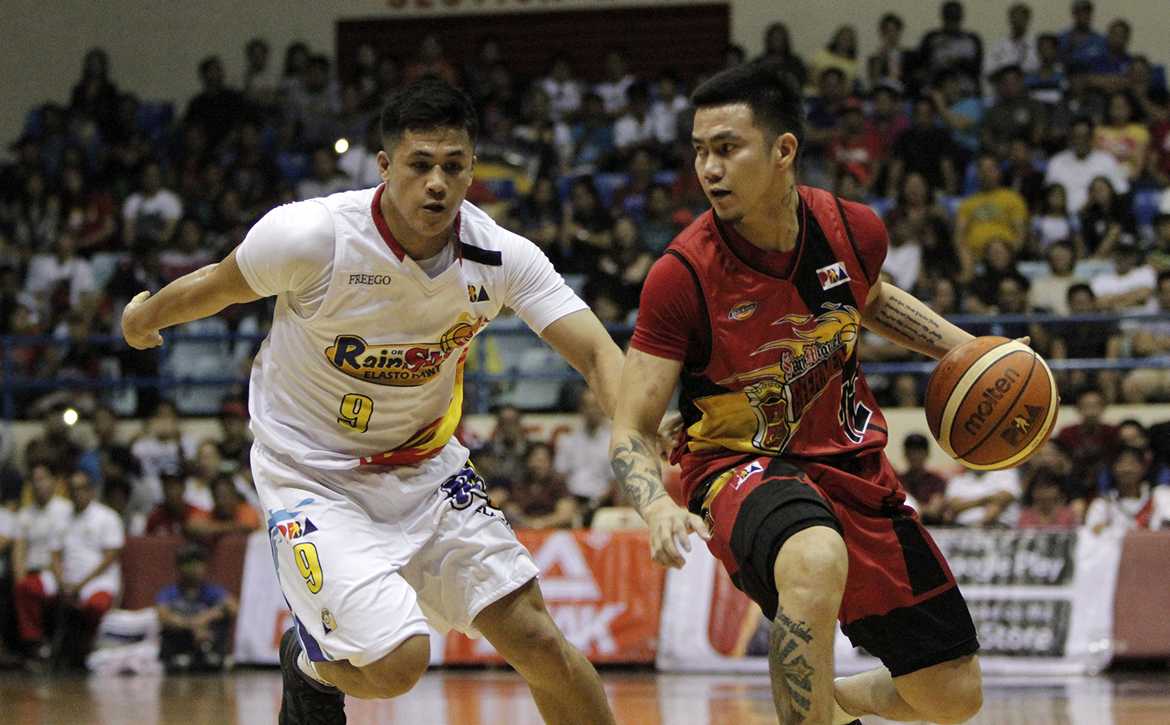 The San Miguel Beermen have yet to lose in 66 days

San Miguel Beermen did not let their twice-to-beat edge be spoiled as they overcame a late game Rain or Shine Elasto Painters comeback attempt 98-91, in their 2017 PBA Philippine Cup quarterfinal match Sunday night at the Ynares Center in Antipolo.

With the win, San Miguel becomes the first team to qualify in the semifinals — their fourth straight appearance in the said stage of the All-Filipino cup since 2012. They will now wait for the winner of the TNT-Globalport series to determine their opponent.

The Elasto Painters, on the other hand, will miss the semifinal phase of the Philippine Cup for the first time since 2011.

“I still believe na Rain or Shine is a tough team. but unfortunately for them, our players really wanted to win,” said SMB coach Leo Austria. “Though hindi ganun kaganda ang laro namin, but a win is a win for us.”

The Beermen received an unexpected lift from bench player RR Garcia, as the 5’8″ guard led all players in scoring with 25 points on 7-of-11 shooting, with 5-of-7 coming from the three-point area. He also had three rebounds and two assists in his best game yet as a pro.

“I have to commend our players, especially RR dahil nag-step up siya. if not for his outside shooting, i think we’re in trouble,” said Austria of Garcia’s breakout performance.

The Beermen were sitting on a comfortable 13-point cushion, 94-81, after a pair of charities by Garcia with 2:47 left in the game, but RoS fought back gallantly one last time with an 8-0 run capped by a Beau Belga jumper to erase the deficit to just five, 94-89, with 1:10 to go.

However, the Elasto Painers could not pull closer to the defending champions, as Santos stepped up late in the game. A basket of his in the 47.2 seconds mark and a pair of charities off a Yap blocking foul with 32.4 remaining were enough to seal the seven-point victory and the first semis slot.

With the Beermen’s effort, Austria is nothing but elated with the way his players delivered, as this win lifted them a step closer in succesfully defending their All-Filipino crown.

Rain or Shine was led by Belga with 18 markers on 8-of-16 shooting. Jay Washington had 16 points and eight boards. Jericho Cruz had 14, while Maverick Ahanmisi and Jewel Ponferrada had 12 and 10, respectively.