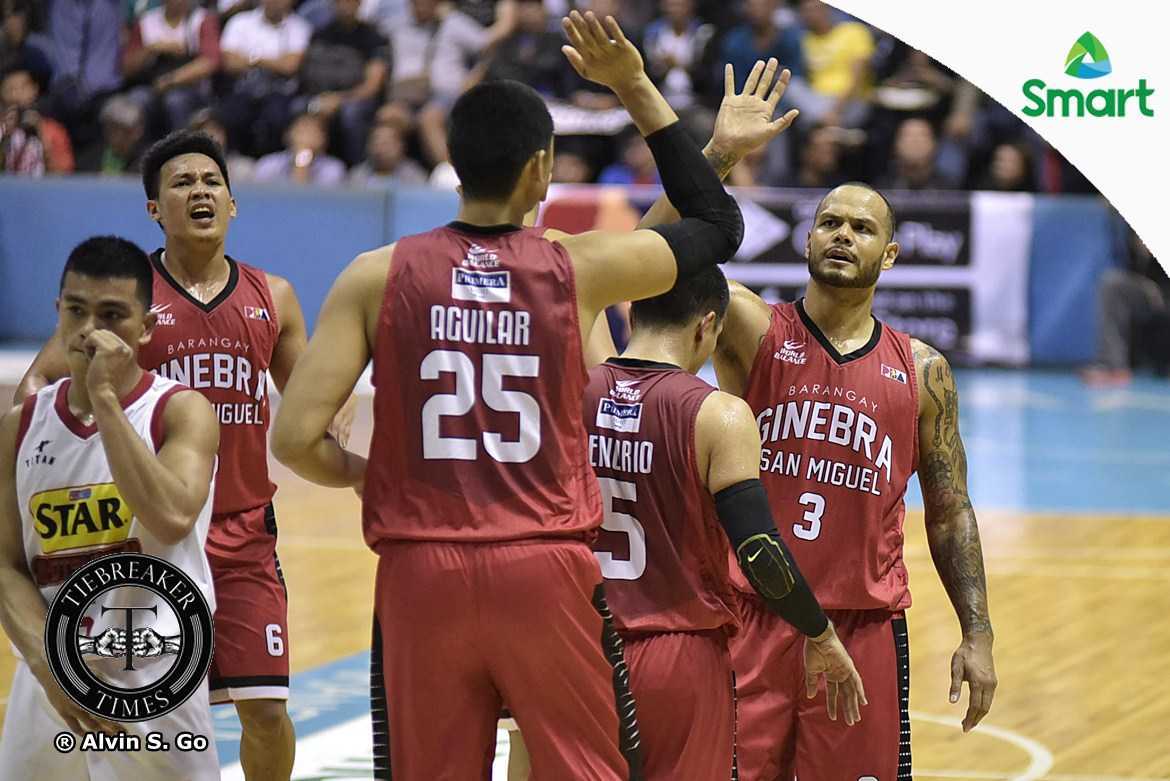 Manila Clasico is now back to zero

The Star Hotshots fell into the trap of playing physical against Barangay Ginebra San Miguel. And no one was more happy about it than bruiser Jervy Cruz as he led the Gin Kings to a 93-86 victory over arch-rivals Star Hotshots to knot their best-of-seven series at two wins apiece, Wednesday evening at the SMART-Araneta Coliseum in Quezon City.

The seven-year league veteran, though shooting just 5-of-12 from the field, finished the game with 21 points on 11-of-13 shooting from the stripe.

His production proved vital during the third frame when the Hotshots threatened to take over from the game. Cruz scored seven points during the third canto to arrest Star’s attempt of taking over.

Later on, with 25.4 ticks remaining and Star slicing their once 10-point lead down to just four, Sol Mercado and Cruz were able to breakaway from the pack with Cruz scoring on the hoop plus the harm to seal Game Four.

“Jervy stepped up, Chris [Ellis] stepped up. We had some guys that we don’t normally talk about, they did their work today and that’s a good feeling from a coaching standpoint,” Cone added.

Things though got chippy in the final quarter as things got heated between the Star staff and the game officials. Paul Lee, who finished the game with , was assessed his fourth and fifth foul during the first 32 seconds of the quarter.

And when Kevin Ferrer was not called for a travel in the eyes of the Star staff, first-year Hotshots head coach Chito Victolero came barking at the referees, only to be assessed with a technical foul.

Star though could only cut the lead to as low as four points, 73-77, after a Marc Pingris hook shot with 6:57 left. Japeth Aguilar and Cruz then feasted on the cautious Star defense with Aguilar scoring 12 of his 18 points to help extend their lead to a game-high 10 points, 85-75, with 3:36 remaining. The 30-year-old big man also grabbed 10 rebounds.

“Today, we did some different things from last game. We’re still searching. If we don’t defend, we know they are going to defend, so we have to keep up with them defensively,” the multi-time champion mentor said.

Whistles also did not favor the Hotshots this game as they were assessed with 34 fouls in the game that led to Ginebra going to the line 33 times. Mark Barroca was assessed with six fouls while Rafi Reavis, Jio Jalalon, and Allein Maliksi were whistled four times. Star only went to the stripe 10 times, converting on nine.

“I’m gonna have to really look at the video of this game and see what happened. I don’t know how we quite did it, but it seemed we were in control for most of the way,” Cone reflected.

Maliksi and Jalalon paced Star with 18 and 16 markers while Reavis notched a double-double with 13 points and 11 rebounds. Marc Pingris was limited to just nine points but grabbed 13 rebounds.

Game Five of the series will take place on Friday, February 17 at the SM Mall of Asia Arena in Pasay City.

Topex Robinson was in awe upon learning that Tim Cone mentioned him in his acceptance speech upon being named as the Outstanding Coach of... 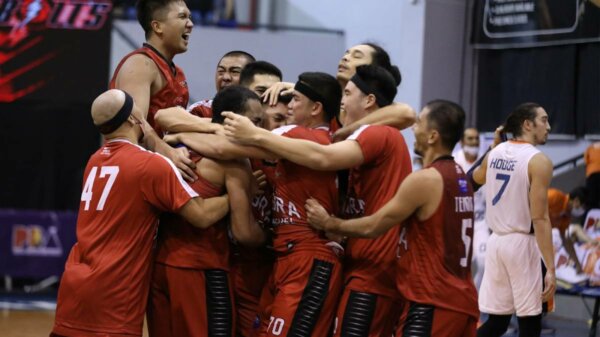 The 2020 PBA Philippine Cup bubble featured many exciting games, but there was really that one match that can be remembered for a long...