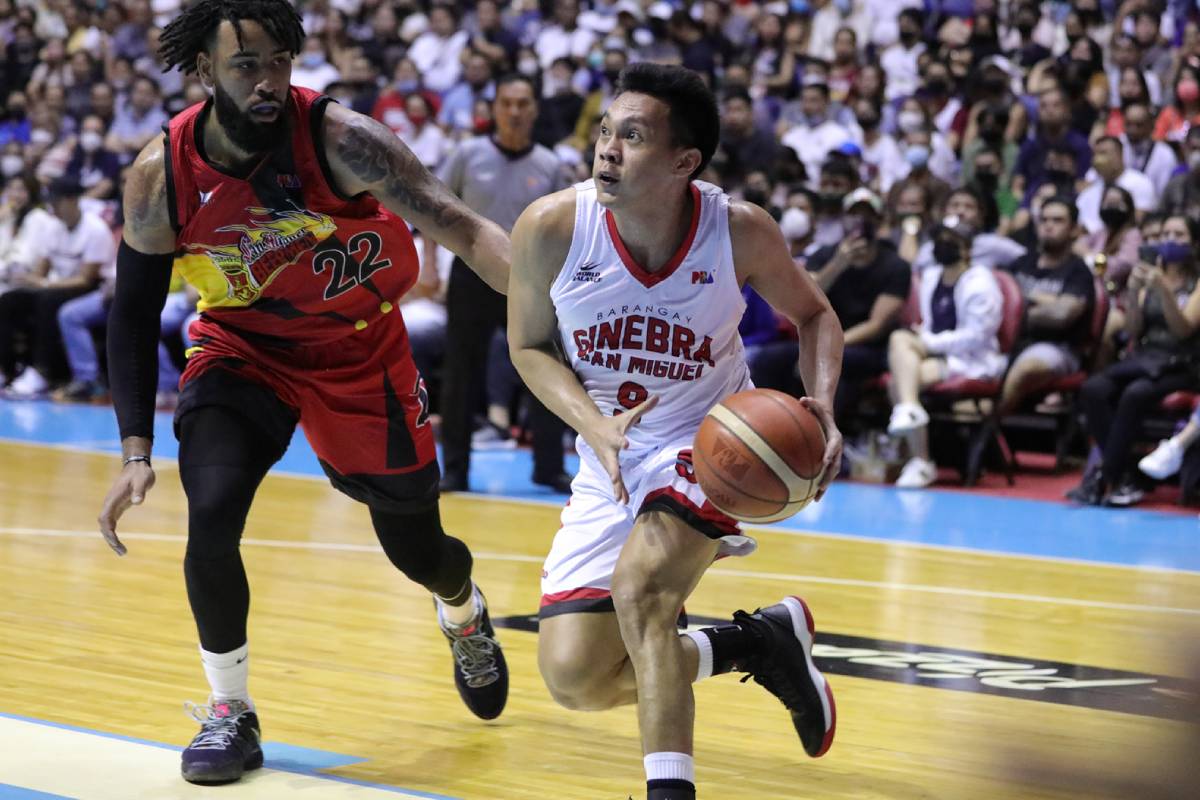 Scottie Thompson starred anew as Ginebra flexed its NSD spirit yet again to topple San Miguel, 97-96, for its third straight win in the PBA Commissioner’s Cup, Sunday night at the SMART Araneta Coliseum.

The reigning MVP buried the go-ahead triple from the corner with 4.8 seconds left, before helping out to prevent Devon Scott from making a move on the other end to help the Kings complete the comeback from as much as 19 down.

Thompson finished with 14 points, six rebounds, six assists, five steals, and a block as the crowd darlings rose to fourth in the standings with a 5-2 card.

“I was telling the guys, it’s there for us, we just play a little smarter, we just make a few more plays,” said head coach Tim Cone.

Justin Brownlee nearly tallied another triple-double for Ginebra with 33 points, 11 rebounds, and nine assists — none bigger than his swing to Thompson that led to the trey reminiscent of his semis clincher in the Clark bubble.

“From the Best Import to the MVP. What a luxury that is for me as a coach. The trust was there and he made a great pass and Scottie made a great shot from the corner,” said the league’s only 24-time champion mentor.

Jamie Malonzo was also instrumental in the rally with 13 points, eight rebounds, three assists, and two steals. Same goes with Japeth Aguilar, who also had 13 markers on top of 11 rebounds and a game-high four blocks.

“It was just a team effort,” offered Brownlee. “Coach just kept telling us we’re right there. It was hard to see at first but once we got some momentum and the crowd got going, we just took off in that fourth quarter.”

The Barangay definitely missed the presence of Christian Standhardinger, who was sidelined due to a knee injury that’s been bothering him since practice.

Ginebra, same with the Beermen and corporate rivals TNT, will head into a long break for the FIBA World Cup 2023 Asian Qualifiers’ upcoming window before facing Blackwater (3-6) on November 18 at the Big Dome as well.

Scott, on the other hand, led SMB with 26 points and 21 rebounds in the loss that snapped their mini two-game winning streak. The American gave his side the 96-94 lead with 35.6 seconds left, until Thompson stole his thunder.

Now at eighth with a 3-4 slate, the Beermen will figure in another heavyweight clash against top-seed Magnolia on November 16, still in Araneta.