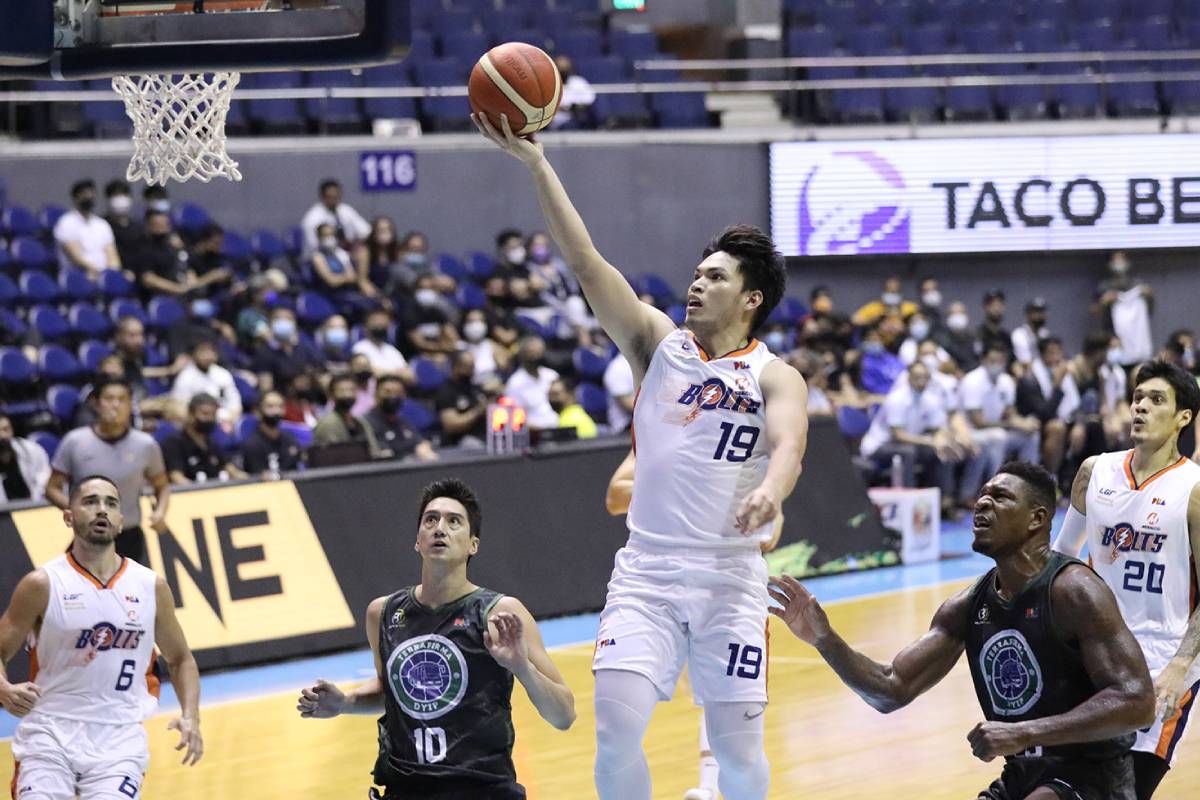 Meralco broke through in the PBA Commissioner’s Cup after dealing Terrafirma its 20th consecutive loss, 105-92, Friday at the SMART Araneta Coliseum.

Johnny O’Bryant formed a three-way combo with Allein Maliksi and Bong Quinto for the 12-2 pull away en route to a 96-82 lead with 5:51 left as the Bolts finally got into the win column after starting the conference with back-to-back losses.

“I thought our offense was a little bit all over the place nung first half, a little bit of nagkakanya-kanya,” offered lead deputy Luigi Trillo, who pinch-hit for Norman Black as the head coach is placed under health and safety protocols.

“When the ball was moving and there was a bit more flow, I think we were able to operate on offense,” the veteran bench tactician added.

O’Bryant led the way with 31 points and 11 rebounds for a Meralco side that continues to miss star guard Chris Newsome due to a calf injury.

“Aside from Bong, give credit also to CB, Raymond Almazan I thought came out also and chipped in when Cliff Hodge was substituted to help out the regualrs — Aaron Black and JO. And Allein,” Trillo lauded.

Meralco will have eight days of rest before taking on Aldin Ayo and Converge on October 15, Saturday, 4:30 p.m. also at the Big Dome.

Lester Prosper led Terrafirma with 35 points and 18 rebounds in the defeat that extended the club’s losing skid dating back from the last Governors’ Cup.

Javi Gomez de Liano had 11 points and six rebounds for a Dyip side that lost Andreas Cahilig and, later on, Juami Tiongson due to injuries, indeed a tough break for a crew that’s been bitten badly by the injury bug this season.

Terrafirma will try to end its struggles against the Cameron Krutwig-led Blackwater next Friday, October 14, 3:00 p.m also at Araneta.