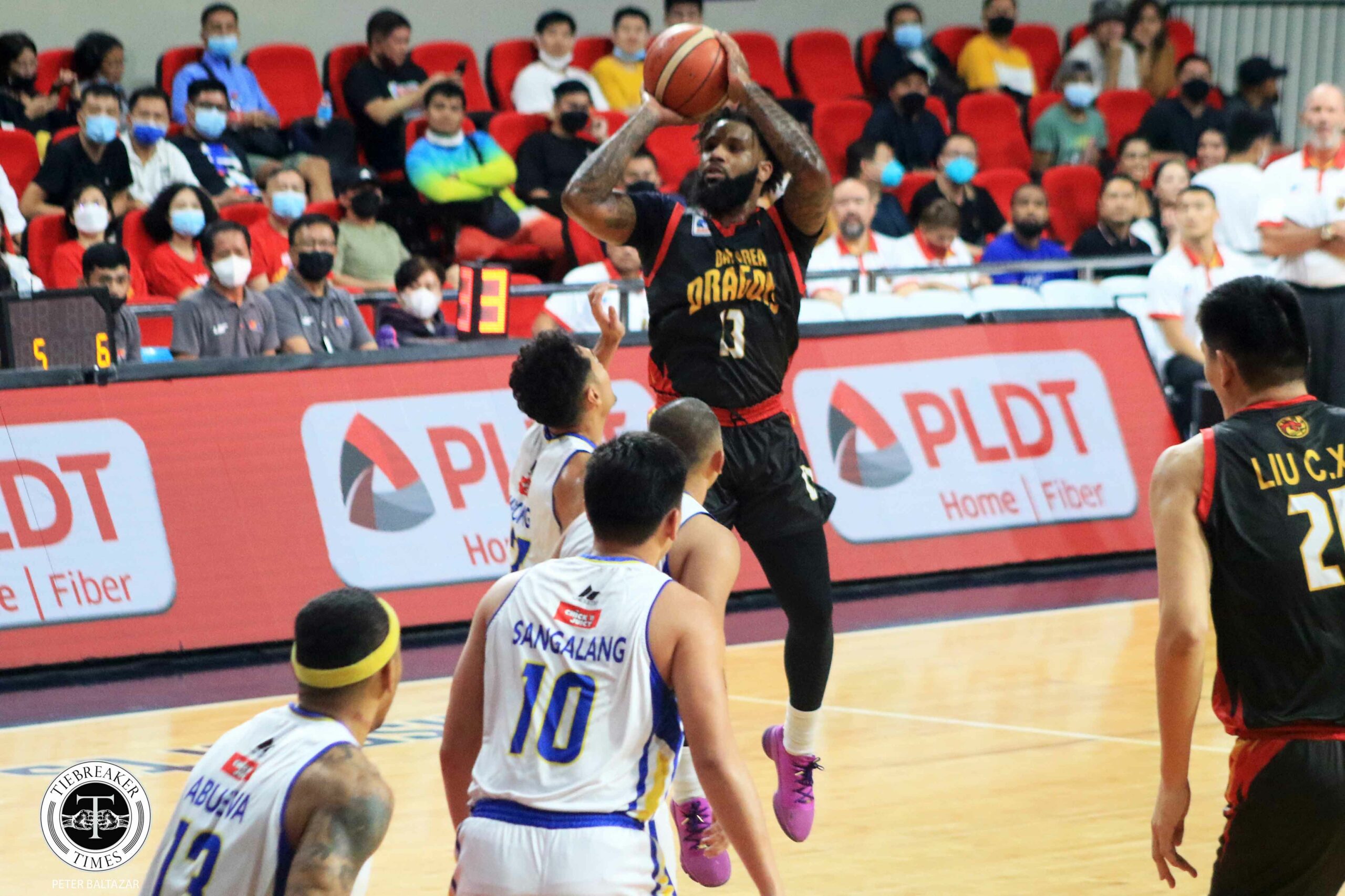 Myles Powell led the way once more with 32 points and 11 rebounds, nailing important buckets down the stretch to help the Dragons ward off the Hotshots’ furious rally from 17 down spearheaded by Jio Jalalon and Nick Rakocevic.

“He made plays during it but when it’s crunch time, we got the ball to him in the mid-block, he did some stuff off pick and roll, and then the ball was in his hands to decide the game,” said head coach Brian Goorjian.

The guest team from Hong Kong has now won third consecutive games and improved to 9-2 to bolster its bid of a Top Two finish for the quarterfinals.

It was actually Zhu who kept their foes at bay with a bucket off a drive, making it a five-point gap after Jalalon cut it to 82-79 with 5:37 to go.

Then came Powell, following it up with a three-poimt play conversion to widen the gap to eight, 87-79, with less than 4:30 remaining.

Jalalon and Rakocevic still tried to will Magnolia back into the match that saw them cut the deficit to four thrice but Zhu provided the responses, scoring his team’s last four points via free throws to close the game out.

“We were once tested by Tim Cone’s team … they’re similar, and they dominated us,” said Goorjian. “And we worked for this opportunity again to see where we’ve gone. It’s a young team, it’s a new team and they’re warriors.”

Bay Area will look to cap off its elimination round campaign with another victory against TNT on Wednesday, November 23, in the same venue.

Rakocevic led Magnolia with 26 points anf 19 rebounds in just their second loss of the tournament, which reduced the team to being second-seed,

Jalalon had 19 points, six boards, three assists, and three steals for the 8-2 Hotshots, who now aim to sweep their final two games — first against Meralco on the 27th and Rain or Shine on December 2.