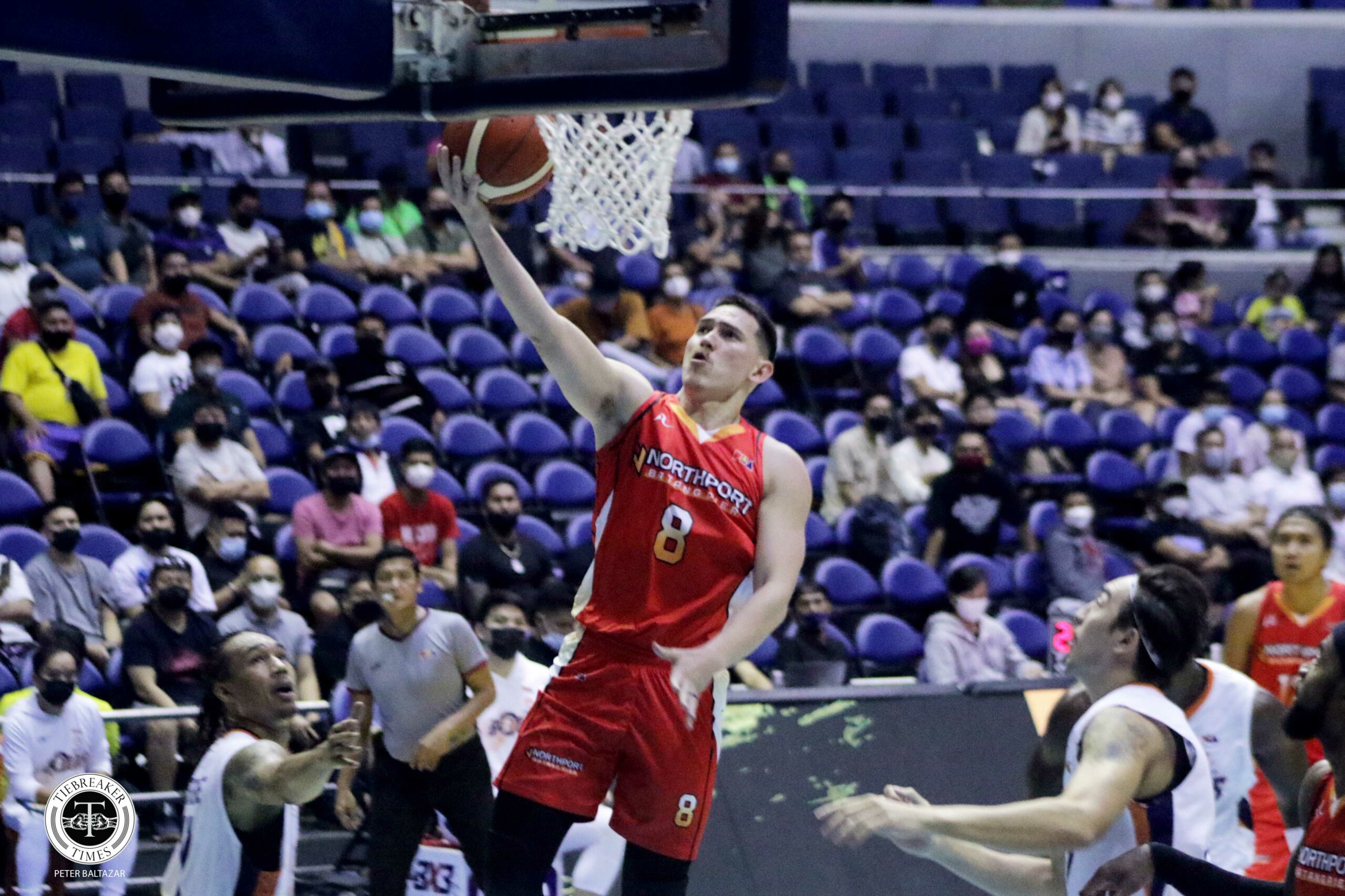 Robert Bolick played like a man possessed as NorthPort pulled off an epic comeback win against Meralco in the first overtime game of the PBA Commissioner’s Cup.

The fourth-year guard exploded for a new career-high 44 points on 16-of-31 shooting from the floor as he willed the Batang Pier back from a 20-point deficit and stunned the Bolts, 101-95, for their second win in three outings.

Bolick battled cramps and fatigue to score a mind-boggling 22 straight points, including 17 in the fourth period, in a spectacular performance that delighted the crowd at the Smart Araneta Coliseum.

His two free throws with 18.3 seconds left in regulation sent the game into overtime (89-89), before scoring five straight points capped by a three-pointer, to start the extra period as the Batang Pier finally took control, 94-89.

Bolick’s heroic made him the hands-down choice as the Cignal Play-PBA Press Corps Player of the Week for the period Sept. 28 to Oct. 2.

The scoring feat by the former San Beda star, who also added seven assists and six rebounds, was definitely one for the books.

His output was the highest to be scored by a local overall since TNT’s Roger Pogoy erupted for 45 points against Alaska in the 2020 Philippine Cup at the Clark bubble.

It was also the highest score by a NorthPort player – local or import – after Stanley Pringle dropped 50 points opposite Columbian Dyip in the 2018 Commissioner’s Cup.

#ReadMore  Yeng Guiao comes back home to Rain or Shine

The exploit came just a week after Bolick hit a previous career-best of 33 points in a 105-104 heartbreaker against guest team Bay Area Dragons on import Myles Powell’s game-winning three at the buzzer.

Bolick is the second straight NorthPort player after Arvin Tolentino to be cited for the weekly honor being handed out by the men and women regularly covering the PBA beat.

Other players in contention for the citation were Magnolia’s trio of Paul Lee, Jio Jalalon, and Mark Barroca, Gian Mamuyac, Santi Santillan, and Andrei Caracut of Rain or Shine, the NLEX duo of Don Trollano and Kevin Alas as well as Barangay Ginebra’s Scottie Thompson.