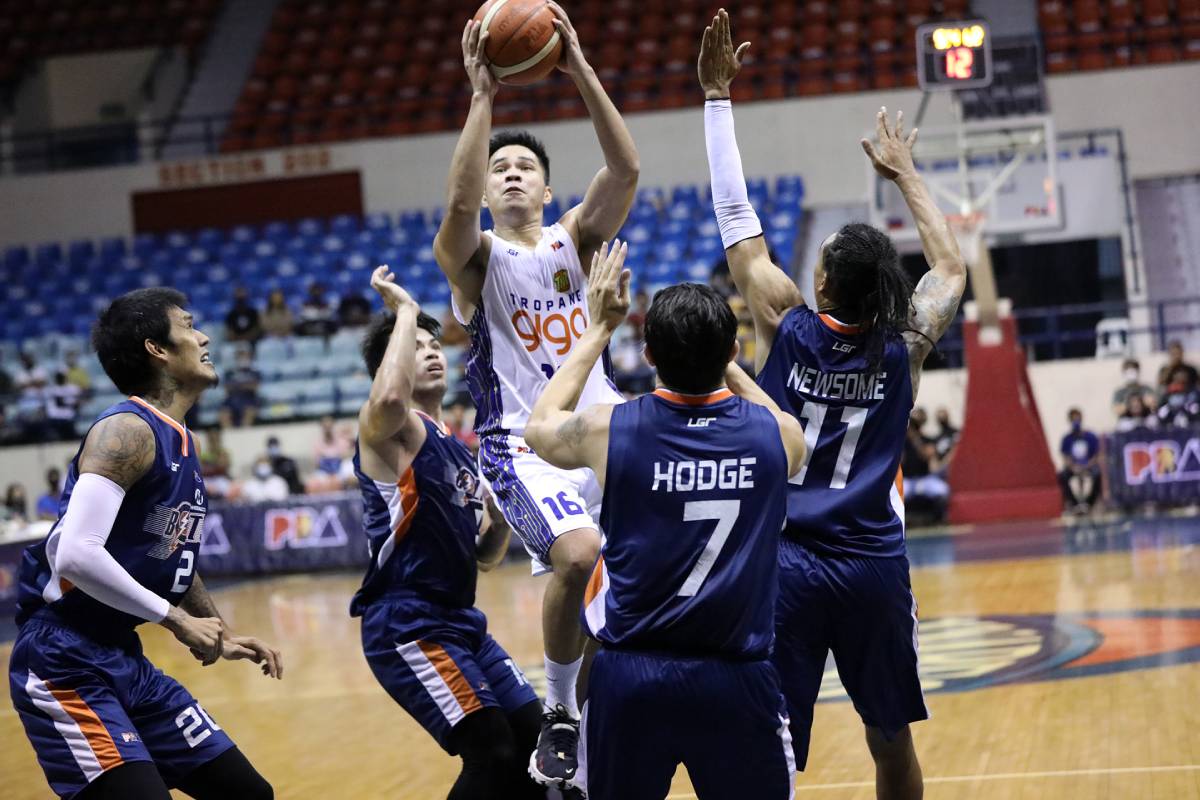 ANTIPOLO – TNT dealt Meralco its first loss, 78-71, to go back above .500 in the 2022 PBA Philippine Cup, Saturday night at the Ynares Center here.

Roger Pogoy, Brian Heruela, and JJay Alejandro joined hands for that telling 8-0 run, which broke a 65-all deadlock and gave the Tropang Giga the needed leverage en route to bouncing back after losing to NLEX last Thursday.

The flagship MVP Group franchise has now won their third game in five outings despite missing Mikey Williams, who’s about to arrive soon.

“Like I said from the start, without Mikey Williams, we are not going to out-score people in games. Our only chance is to really limit them, and today we were able to limit a team like Meralco,” said head coach Chot Reyes.

Pogoy top-scored for TNT with 19 points, 15 of which he made in the second half as he continues to provide the scoring with Williams yet to return.

The tandem of Troy Rosario and Poy Erram made their presence felt as well with 16 and 13 points, respectively, with the latter adding eight rebounds.

Jayson Castro chimed in 10 markers, five boards, and four assists even after straining his calf, according to Reyes.

“Unfortunately Jayson strained his calf, and Ryan [Reyes] tweaked his knee. So we hope it’s nothing serious,” said the champion mentor. “But again, that’s the price you have to pay for such a physical defensive team.”

TNT will look to string together its first win streak of the season against Rain or Shine on Thursday, June 23, 7:15 still at the Ynares Center.

Allein Maliksi, meanwhile, had 20 points to lead Meralco, who suffered its first defeat after opening the conference with two straight wins.

Chris Newsome and Bong Quinto collected 13 points apiece, while Chris Banchero chipped in 12 markers for the Bolts, who missed young gunner Aaron Black due to a sprained ankle he incurred versus Converge.

Meralco will also see action on the 23rd as they take on the skidding NorthPort (2-2) in the double-header opener set at 5:15 p.m.