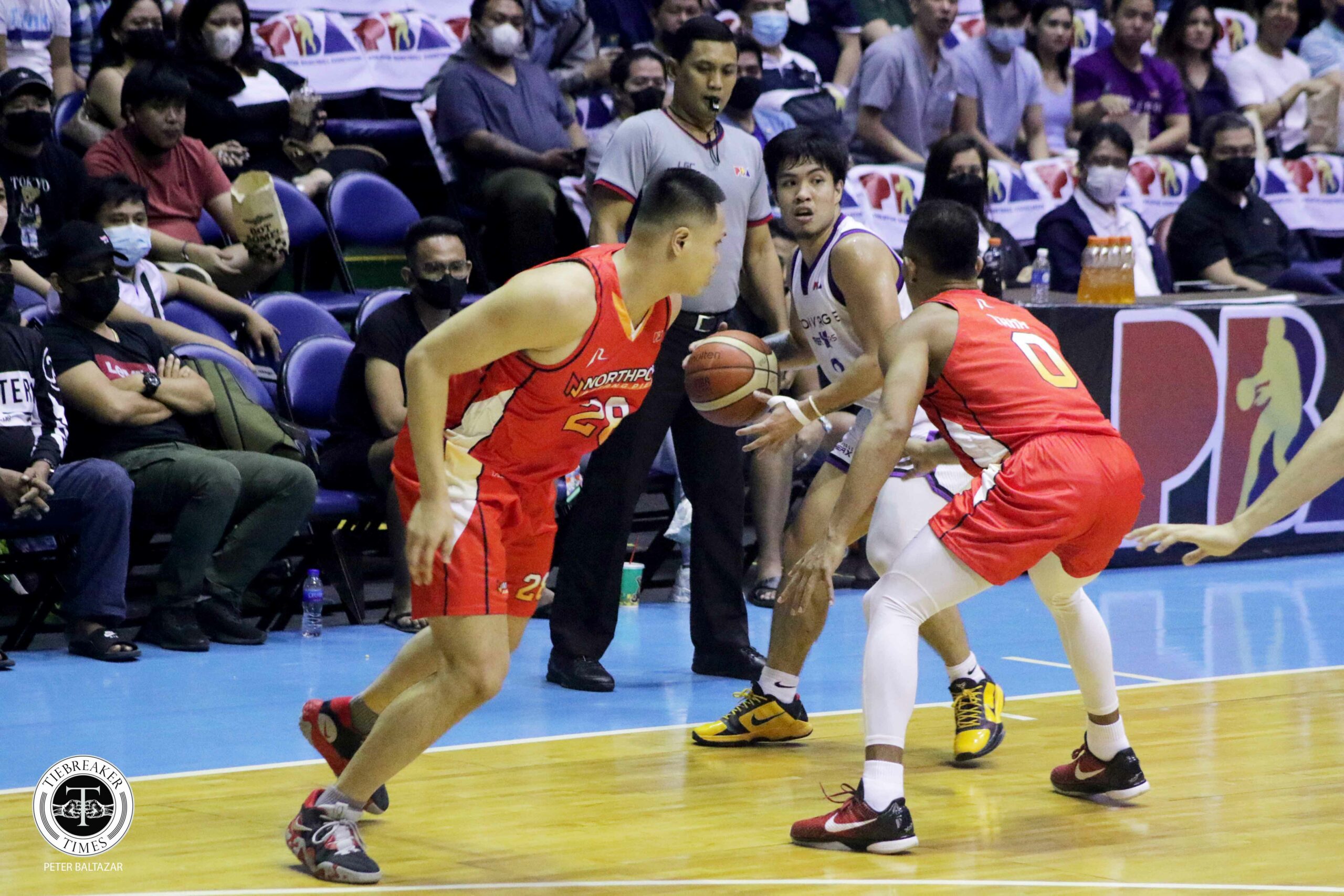 But after plenty of empty possessions on both ends, Ilagan scored five straight points on a fallaway jumper and a three-pointer for the dagger with 19.2 seconds left, 102-94.

“I just love the fighting spirit,” said FiberXers head coach Jeffrey Cariaso on Ilagan. “That’s the character that this kid has, we love his work ethic, we love his attitude. He’s always ready.”

Converge rose to 4-5 to join NLEX at the seventh spot, while NorthPort’s slide continued to six games, dipping to 2-6 for a three-way logjam with Phoenix and Rain or Shine at ninth.

Ilagan the hero finished with 20 points on a hyper-efficient 7-of-9 clip from the field including 4-of-6 from deep.

Jeo Ambohot chipped in 15 points and seven rebounds for the FiberXers while Abu Tratter had 14 points on 70 percent shooting from the field.

Justin Arana went a perfect 5-of-5 from the field to go with 10 rebounds as well for Converge.

NorthPort was led by Arwind Santos with 20 points and 12 rebounds, while Kevin Ferrer topscored with 21 points, all from deep.

The Batang Pier lost Jamie Malonzo at the 5:05 mark of the third quarter after throwing the ball to Justin Arana who was facing the other way. The former was slapped with a flagrant foul penalty two.

NorthPort will look to end its losing streak on Thursday, 7:15 pm, against also-skidding Phoenix at the Big Dome. Converge aims for three straight on Saturday against the Fuelmasters too, 7:15 pm, at the SM Mall of Asia Arena.