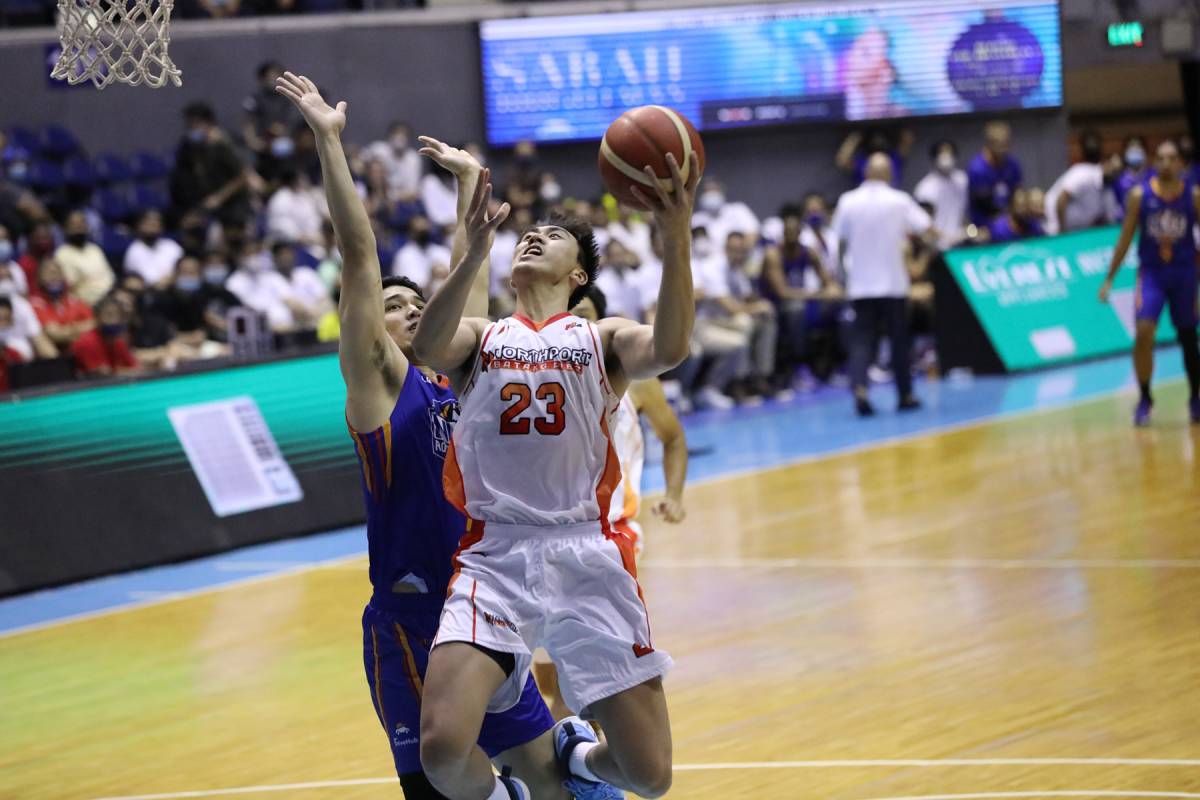 NorthPort added to NLEX’s woes, 107-94, to arrest its three-game slide in the PBA Commissioner’s Cup, Wednesday night at the SMART Araneta Coliseum.

Robert Bolick broke out of a personal slump and led the way with a game-high 33 points, 12 rebounds, and seven assists as he helped the Batang Pier notch their fourth win in nine outings to stay very much afloat in contention.

The star guard’s explosion also allowed the team to give rookie William Navarro his first win in the pros after suffering back-to-back losses to start his career.

The winger out of Ateneo, for his part, turned in an impressive performance with career-highs of 17 points, 13 rebounds, and seven dimes as well.

Prince Ibeh was also crucial in the win with 22 points, 17 rebounds, and six blocks — his most since having eight versus Meralco last September 20.

Jeff Chan came through with 12 points, Roi Sumang scored 11, while Arvin Tolentino chipped in 10 markers for the Batang Pier.

NorthPort won without former MVP Arwind Santos, who’s out for the second straight game due to knee issues. The reigning Defensive Player of the Year only watched his team from the sidelines.

Earl Clark, meanwhile, led NLEX with 29 points, including 18 in the third that saw his crew get close to within six, 66-60, before the opposition ended the period with an 80-68 lead, never to let up from that point on.

The Road Warriors would fall behind by as much as 24 points in the final period, eventually absorbing their third loss in a row to drop to 3-5.