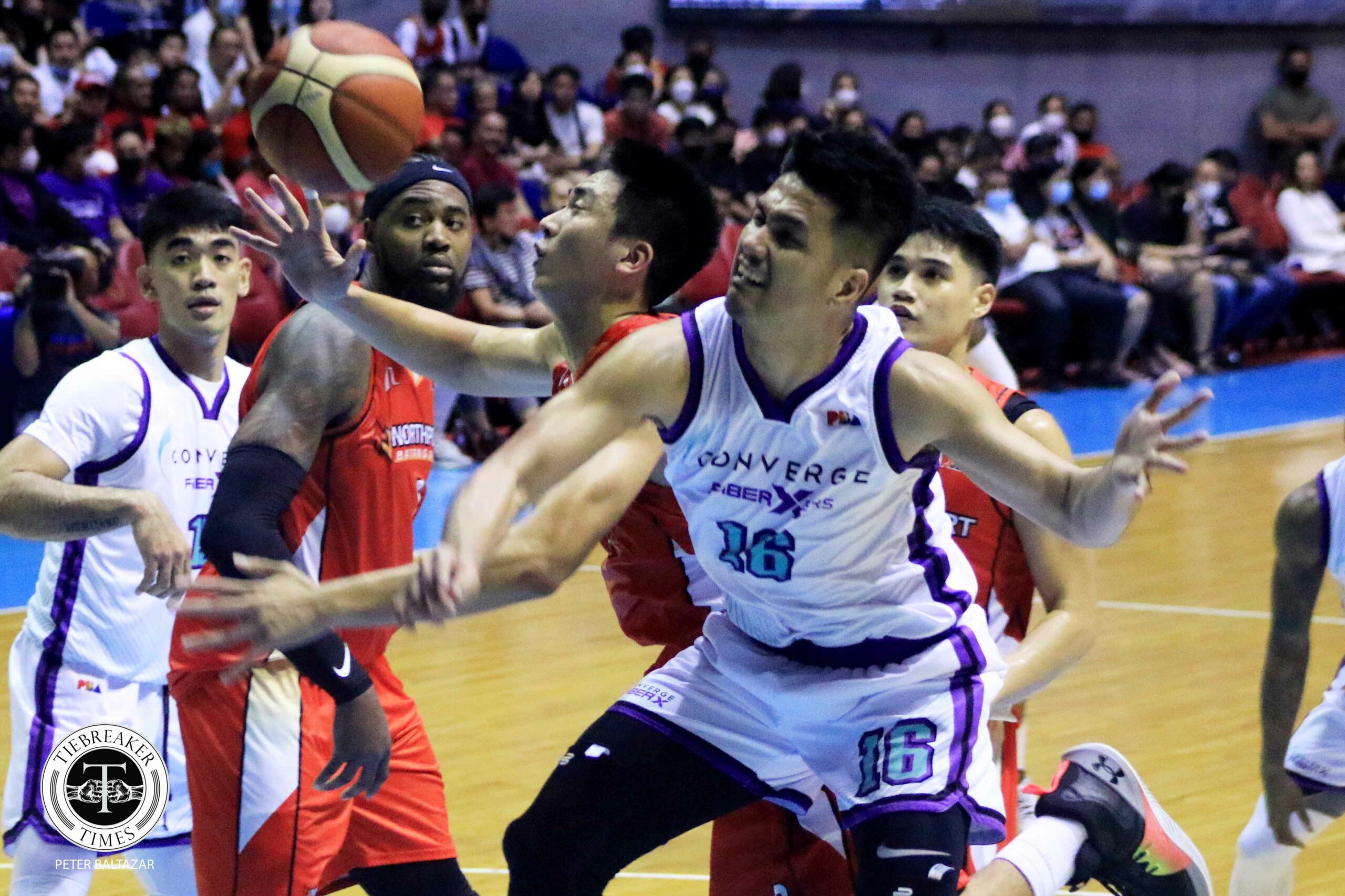 William Navarro played his best performance to date as NorthPort extinguished the fiery seven-game win streak of Converge, 112-97, to keep its hopes up in the PBA Commissioner’s Cup, Sunday night at the SMART Araneta Coliseum.

The rookie winger finished with career-highs of 29 points, 17 rebounds, and nine assists, powering the Batang Pier’s third-quarter pull-away en route to winning their third in a row to remain at fifth in the standings with a 6-5 card.

Coach Pido Jarencio’s wards did take advantage of the FiberXers missing Quincy Miller, who was benched by the team for disciplinary reasons after missing practice following his 30th birthday celebration.

Navarro fired 16 of his points in the third quarter alone, which allowed NorthPort to turn a slim three-point lead to 88-73 entering the final period.

The other Batang Pier contributed greatly as well in the triumph, with main man Robert Bolick tallying 26 points and 10 assists with six rebounds.

Import Prince Ibeh registered 19 points, including the free throw that pushed their lead to a game-high 110-91 with 1:37 left, together with 15 rebounds and eight blocks — the second time he’s had as much this conference.

Coming off a 31-point outing, Arvin Tolentino provided 15 points and seven rebounds as four of the starters scored in twin digits in the victory.

NorthPort will look to boost its quarterfinal bid against Barangay Ginebra next Sunday, November 27, 6:45 p.m. at the Philsports Arena in Pasig.

Taking the cudgels for the Miller-less Converge, meanwhile, were Aljun Melecio and Jeron Teng, who had 20 and 14 points, respectively.

Now at 8-3, the FiberXers are also set to figure in a tussle against the Gin Kings three days after the Batang Pier’s crack at them, also at Philsports.