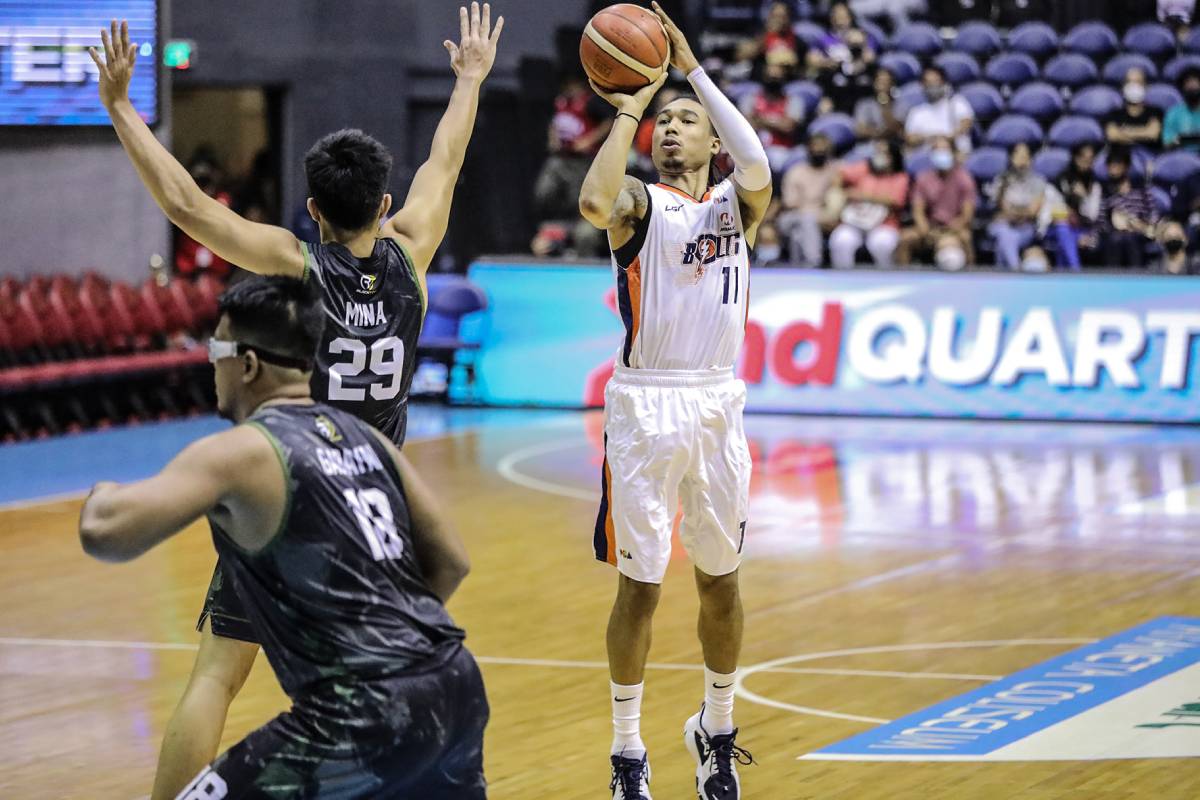 Meralco dragged Terrafirma to a winless conference, taking a 105-89 win to solidify its place in the 2022 PBA Philippine Cup best-of-three quarterfinals, Thursday night at the SMART Araneta Coliseum.

The Bolts stayed still at fifth seed and ended the eliminations at 7-4. They will now wait for the results of the remaining games of Ginebra and Magnolia, both at 7-3, for the pairing.

“The important thing is we got the job done obviously since Coach Norman’s [Black] been gone, we’ve had five games and we’re 4-1. What matters now is we solidify ourselves in the best-of-three,” said Meralco assistant coach Luigi Trillo.

The Bolts set the tone with a strong 27-16 first quarter before denying Dyip any kind of comeback the rest of the way.

Raymond Almazan chipped in 14 points on 7-of-12 shooting from the field with nine rebounds. Allein Maliksi also tallied the same scoreline.

This is the first winless conference in the PBA since Blackwater went 0-11 in the 2021 Philippine Cup. Moreover, this is Terrafirma’s 16th straight defeat dating back to the 2021-22 Governors’ Cup.

Leading the Dyip was Aldrech Ramos with 24 points on 9-of-12 clip from the field with six boards.

#ReadMore  With or without Gerald Anderson, Marikina Shoemasters out to showcase youth in Chooks 3x3