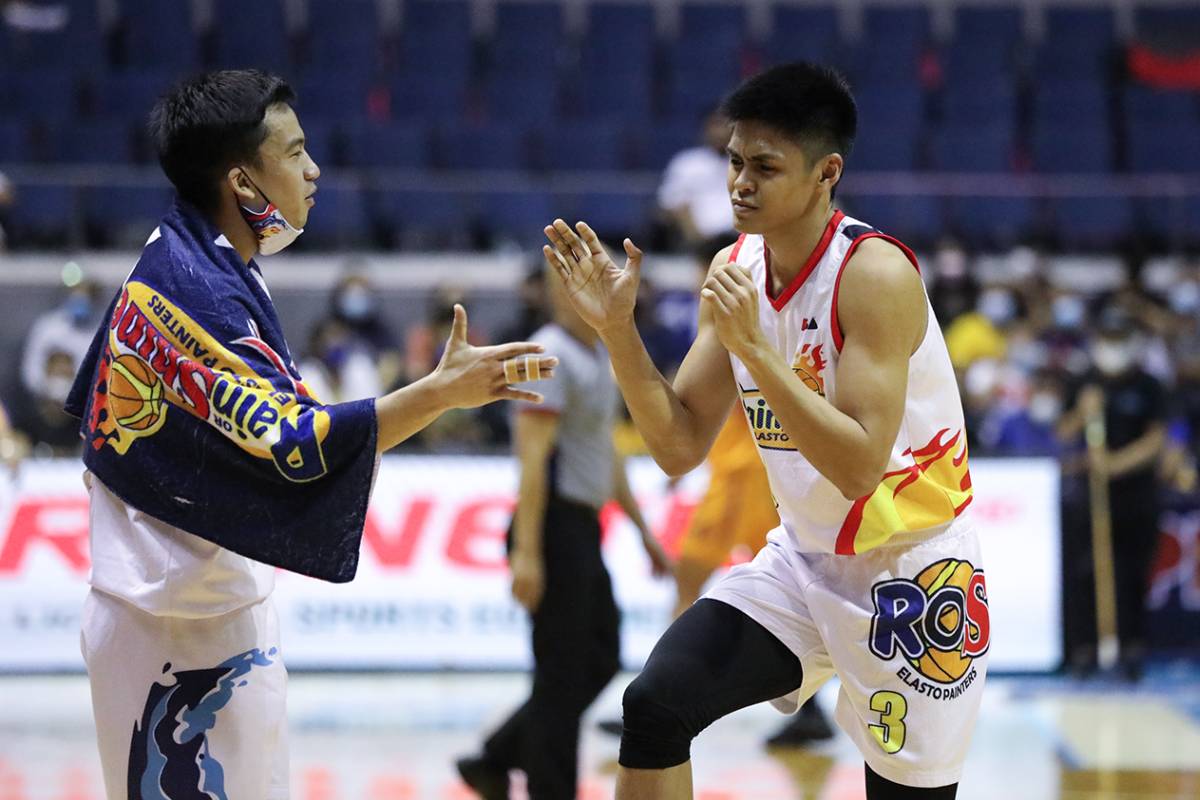 Rain or Shine continued its resurgence in the 2022 PBA Philippine Cup, stunning Blackwater, 107-90, Wednesday at the SMART Araneta Coliseum.

The Elasto Painters cruised to their second consecutive win after losing six straight matches to improve to 3-6 for solo ninth.

“Our guys being able to put together two consecutive excellent performances. In our pregame speech, I said being consistent is a talent and being excellent is a habit and could we build those habits to be excellent in back-to-back games? It showed tonight,” said Rain or Shine head coach Chris Gavina.

Rain or Shine turned a 41-45 halftime deficit to a 78-68 affair heading into the fourth after a strong third frame, exploding for 37 points.

The Bossing were able to pull within four early in the fourth but the Elasto Painters responded all the time.

Nambatac also chalked up seven rebounds, four assists, and two steals – all that off the bench.

Gian Mamuyac continued his inspired showing with 20 points, five boards, and two steals, while Beau Belga had 12 points as well.

The Elasto Painters aim for three straight wins on Saturday against the winless Terrafirma at 5:15 pm at the SM Mall of Asia Arena.

After a spectacular 5-1 start, Blackwater dropped two straight matches, falling to 5-3, tied with Magnolia for fourth.

Brandon Ganuelas-Rosser paced the Bossing with 19 points on 16 shots, while Ato Ular and Baser Amer chimed in 13 points apiece with the former adding nine rebounds.

Blackwater will look to end its two-game skid on Friday, 3 pm, against NLEX at the Ynares Center in Antipolo.