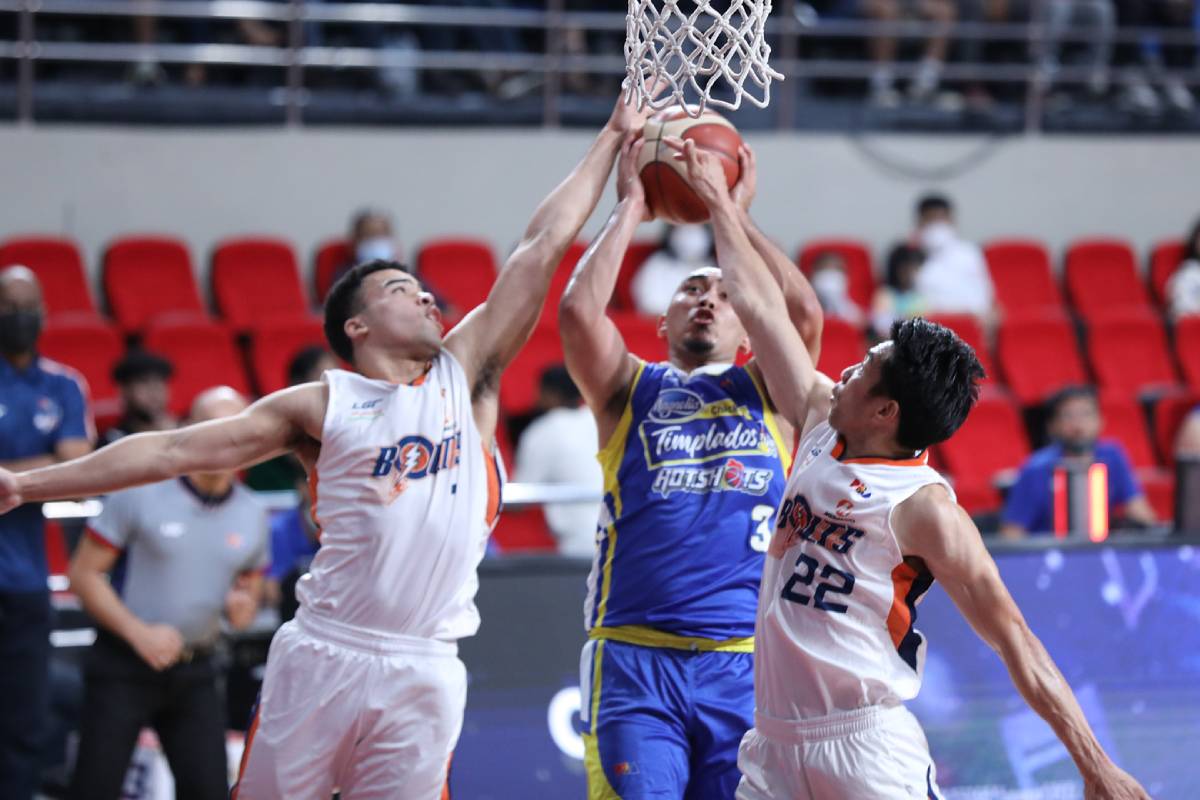 Magnolia stopped Meralco in its tracks, 108-96, to move closer to a Top Two finish in the PBA Commissioner’s Cup, Sunday at the Philsports Arena in Pasig.

The Hotshots put on one of the best performances in one quarter, exploding for a whopping 47 points in the third canto alone to gain control of the match the rest of the way en route to staying at No. 2 in the standings with a 9-2 record.

According to league stats chief Fidel Mangonon III, that output is the highest in a quarter in the PBA by any team since Phoenix Fuel had 49 points in the fourth quarter of a 124-117 loss to TNT in the 2016 Governors’ Cup.

“Defense,” offered Magnolia lead assistant Jason Webb when asked about the key factor in that fiery chapter. “If you look at it, it’s a crazy stat.”

“Meralco committed seven turnovers, and we scored 17 out of those turnovers. Hindi lang two points lang ang shinu-shoot namin — I think four possessions, we hit threes. The guys, they feed off their defense,” he added.

Paul Lee led Magnolia with 27 points, including the pull-up jumper that triggered a 13-0 run in the third that signalled the beginning of their breakaway.

Calvin Abueva had 17 points and five rebounds. Nick Rakocevic notched 16 points and 20 boards, Jio Jalalon scored 12, while Ian Sangalang and Mark Barroca each chipped in 11 in the bounce-back from their loss to Bay Area.

“It’s a good bounce-back because we were outran the last time out,” said Webb, referring to their 95-89 defeat to the guest team last week.

Magnolia led by as much as 21 twice in the fourth quarter but its foes managed to trim the gap to just 11 points, 104-93, behind KJ McDaniels with less than four minutes left. However, Meralco could only do so much.

The Bolts failed to capitalize on the stops they made, and went on to fold as they badly missed the presence of Raymond Almazan and Allein Maliksi.

Already with a technical foul in the first frame, Maliksi got ejected after incurring an F1 at the 7:22-mark of the next period. Almazan, meanwhile, exited the match after rolling his right ankle after a layup with 10:27 left to play.

McDaniels carried the fight for a depleted Meralco side with 32 points and nine rebounds in the loss that dropped its card to 4-6.

The Bolts are still alive in the playoff hunt but will have to win their last two elimination round games versus NLEX and San Miguel next week to stay afloat.