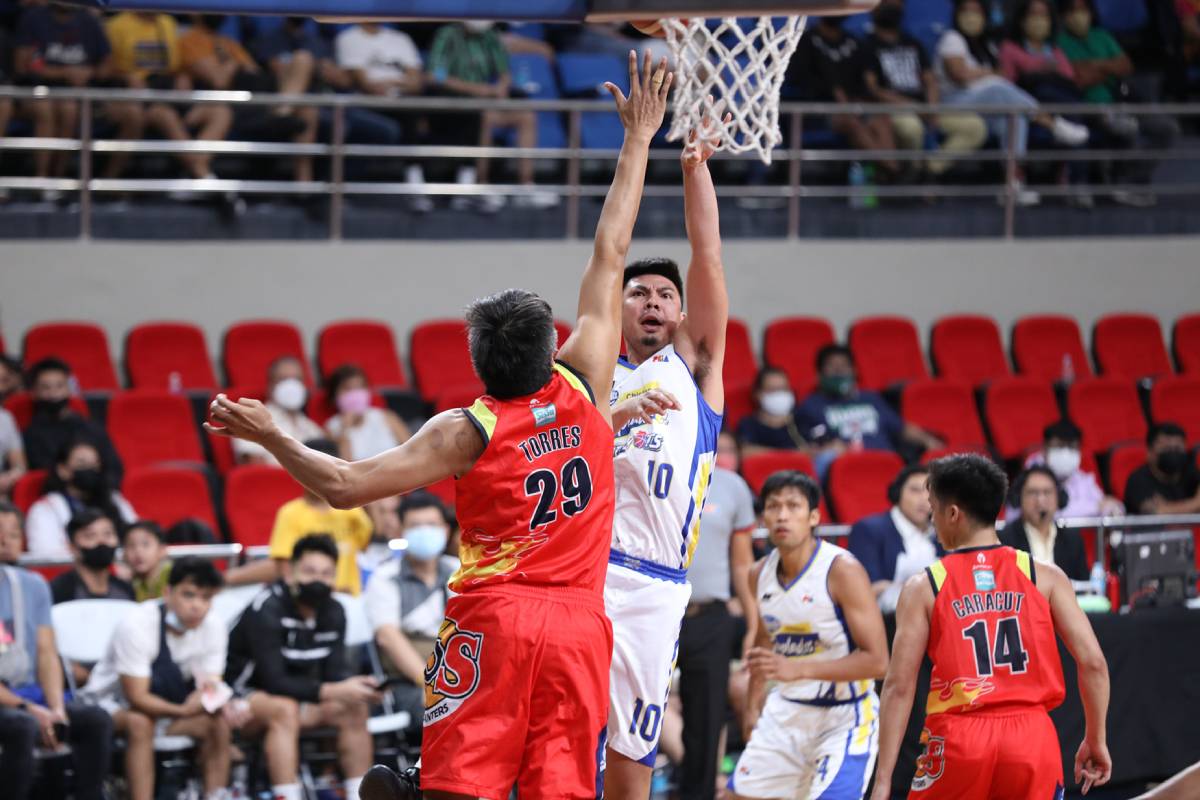 Magnolia came from behind and left Rain or Shine frustrated, 106-90, to clinch the advantageous no. 2 seed heading into the 2022-23 PBA Commissioner’s Cup quarterfinals, Friday night at the Philsports Arena in Pasig.

Trailing for the most part, the Hotshots unloaded a 14-2 run for a 97-85 lead with under six minutes left to play, and never looked back since on the way to securing the remaining twice-to-beat incentive for the playoffs’ first round.

They edged out Barangay Ginebra for the said seeding as well. The Kings would have finished second had their rivals lost since they have the edge with the win-over-the-other rule in effect, but will settle for third instead.

Furthermore, the perennial contenders relegated the Elasto Painters to a knockout game versus NLEX on Sunday, 6:30 p.m., at the same venue for the eighth and last QF spot, with the winner set to face top-seed Bay Area.

The win, however, left a lot to be desired for head coach Chito Victolero, not a fan of his wards coming back from deficits entering the next phase.

“That’s the same story last game and it’s bad going into the playoffs,” said the champion mentor, referring to their match versus Meralco last Sunday that saw Magnolia climb back from 18 down en route to the 108-96 win.

“We need to change that because the playoffs are a different story,” furthered Victolero. “We need to start strong, and finish strong.”

Nick Rakocevic led the Hotshots with 21 points and 13 rebounds as he managed to finish the match despite incurring five fouls.

Ian Sangalang and Paul Lee finished with 16 points apiece as the two joined hands with their import for the aforementioned run. Calvin Abueva and Mark Barroca supplied 12 markers each in the victory.

Jio Jalalon only scored six points but was nonetheless important as the do-it-all playmaker collected nine rebounds and 12 assists with a steal.

Magnolia will now prepare for 7-seed Phoenix Super LPG, needing just one win to reach the conference semifinals for the first time since 2017.

Meanwhile, Leonard Santillan led Rain or Shine with 15 points and 12 rebounds in the defeat. Rey Nambatac also contributed 15 points as the locals stepped up with Ryan Pearson going 4-of-13 from the floor for 14 markers.

The Elasto Painters (5-7) still have a shot for the quarters, but it surely won’t be an easy task as they will take on a Road Warriors side that’s coming in with back-to-back victories against Ginebra and Meralco.

And at the center of that bout is coach Yeng Guiao, who will try to make it back to the Commissioner’s Cup quarters after last doing so in 2016.

His last QF trip led to Rain or Shine winning it all, which turned out to be his last title with the ball club before transferring to NLEX the following season.