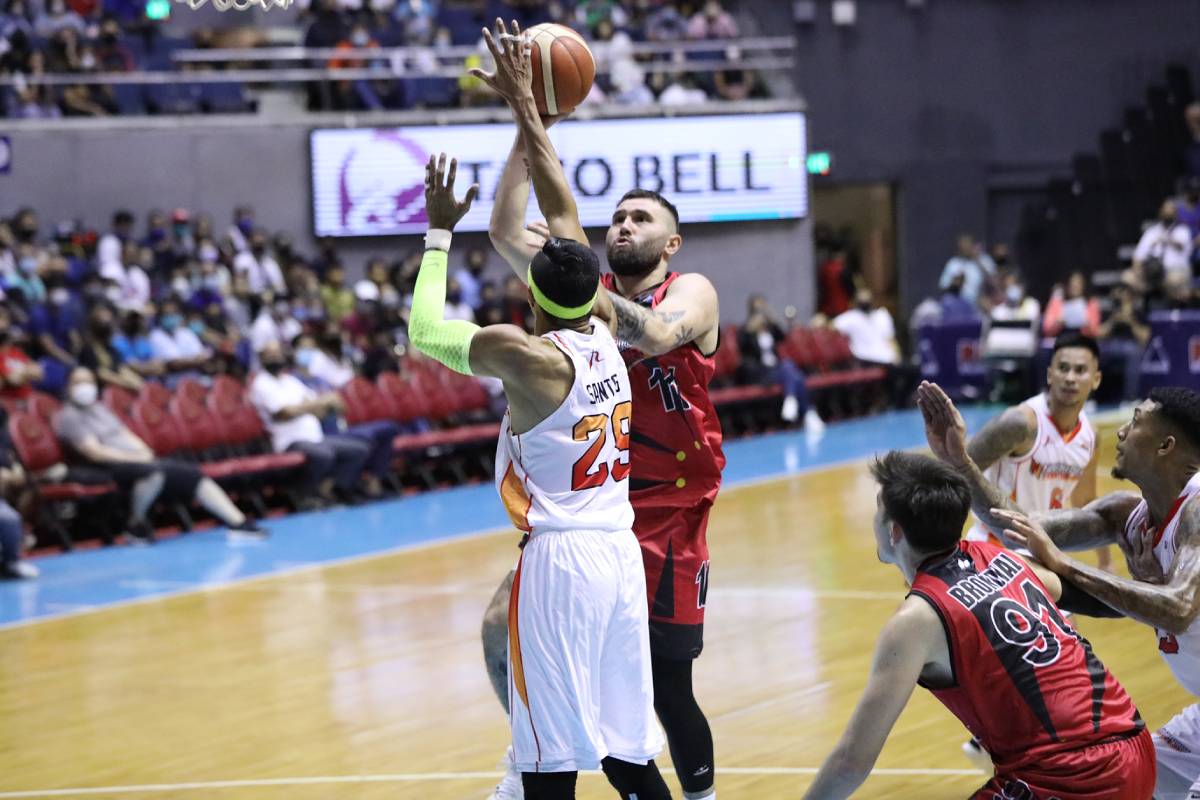 Robbie Herndon proved to be the ‘magic bunot’ as San Miguel exploded late to blow out NorthPort, 122-106, to once again take sole leadership of the 2022 PBA Philippine Cup, Saturday evening at the SMART Araneta Coliseum.

Acquired via trade a day into the new season, the Fil-Am winger tied his career-high with 21 points in only 18 minutes of play as he sparked the telling 19-2 blitz to turn a slim four-point lead to a 111-90 advantage with 4:49 left to play.

June Mar Fajardo also had 21 points but did not see action in the fourth quarter anymore as the Beermen flexed its depth yet again that saw a total of six players finish in double figures, with Herndon starring.

“I’m so happy with what happened to our game tonight. We were able to give time to those from the bench, especially Robbie,” said coach Leo Austria. “I told him just be patient and your time will come, and tonight was his time.”

Marcio Lassiter finished with 18 points on three triples in the victory. CJ Perez barely missed out on registering his second career triple-double in just a span of days as he produced 17 points, 12 assists, and nine rebounds.

Paul Zamar was also another spark off the bench with 15 points, four assists, and three steals. Jericho Cruz chimed in 12 markers for SMB, who has now posted its sixth win in seven games to leave Ginebra at second.

“I’m so happy with them, not only him, Paul Zamar also played really well,” Austria said. “What’s important here is that the players know their role. If they’re from the bench, they know what to do. I’m so happy they performed well.”

Not only did they collect their second-biggest win this conference, but the Beermen also spoiled the historic feat of their former star Arwind Santos, who breached 10,000 career points during the third quarter.

“I’m so happy for him because we’ve been together for the last eight years, and we’ve won a lot of championships. I know he can make it. Those awards, he’s deserving,” lauded Austria about the 2013 Most Valuable Player.

Santos actually led NorthPort with 25 points and seven rebounds in their fifth successive defeat, indeed a tough stretch for a team that once shared leadership of the standings following a 2-0 start.

Roi Sumang backed him up with 20 points and six assists. Supporting the 41-year-old as well were JM Calma (14 points) and Jerrick Balanza (12 points).