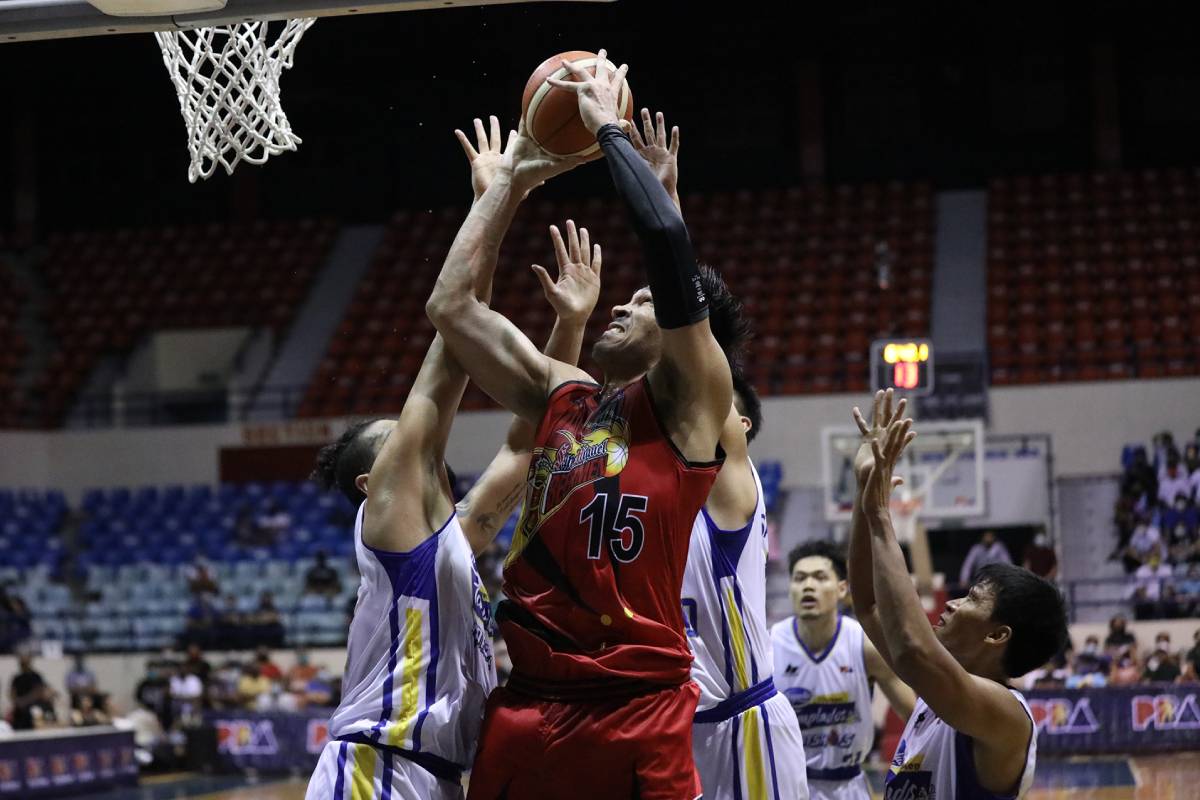 The Beermen prevented a collapse from taking place after seeing their eight-point lead become just two late on the way to extending their unbeaten run to three — something that they haven’t done since the 2019 Governors’ Cup.

The champion mentor, though, couldn’t fully celebrate the victory. San Miguel was without Chris Ross and Vic Manuel due to injuries.

Manuel saw limited action due to a calf strain he suffered in practice, while Ross went down with an apparent knee injury with 2:57 left in the third. The bemedaled guard never returned to the game after that.

Given that predicament, Mo Tautuaa led the way for the Beermen with 19 points and five rebounds, a performance that also came at a time when June Mar Fajardo was far from the usual, especially in the first three quarters.

The league’s only six-time MVP, though, came alive in the final frame, scoring 10 of his 14 points there after going scoreless in the second and third.

In fact, he was the one who gave his side the lead through a perfect trip to the line with 6:38 to go, before joining hands with Tautuaa and Marcio Lassiter for that run that gave them an 83-75 lead with 1:36 remaining.

The Hotshots, though, put up one last stand behind Mark Barroca and came within a field goal. 83-81, with 54 seconds left. But Jericho Cruz, Fajardo, and CJ Perez were there to foil whatever comeback hopes they had.

Barroca, meanwhile, led Magnolia with 25 points in the loss, where they were without Paul Lee due to nagging back spasms.