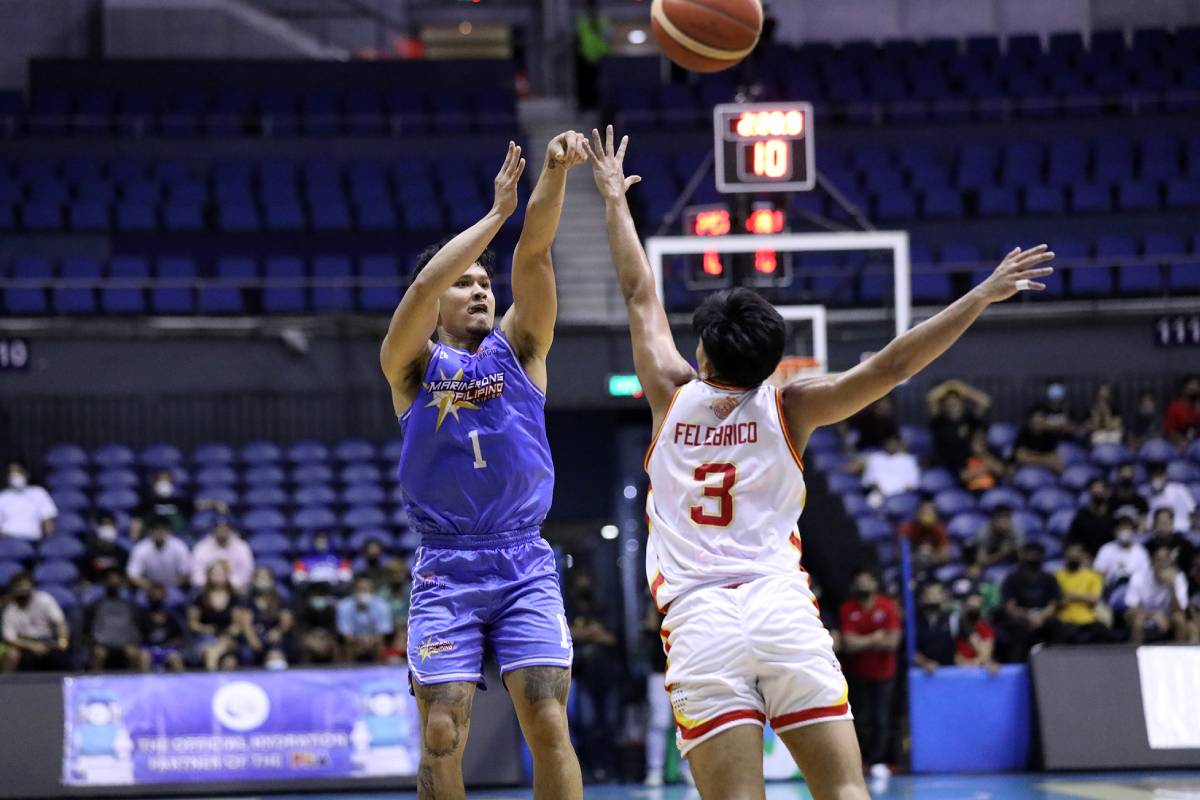 The shifty former Tokyo Z import uncorked eight points in the last 3:01 of the game, scoring back-to-back three-pointers off isolation sets. Then he made the insurance lay-up with 52.4 seconds to go to give his side the 66-62 lead.

Arvin Gamboa then put the game under wraps, firing the last three points including the game-sealing stab from underneath with 12.5 ticks left.

“It was really all about our team mindset,” said Gomez de Liaño, who led Marinero with 23 points, eight rebounds, and six assists in the clincher.

“We just had the right mindset coming into this do-or-die game,” the UP product added, who’s among the leaders in the MVP race.

This will be a shot at redemption for Marinerong Pilipino, which finished runner-up to BRT Sumisip-St. Clare back in the 2019 Foundation Cup.

AC Soberano scored 14 points from two treys off the bench, while Jollo Go supplied 11 for Marinerong Pilipino. It will face EcoOil-La Salle in the best-of-three championship series beginning on Sunday at the Big Dome.

On the other hand, Romel Calahat unfurled 19 points and nine rebounds to carry the fight for the top seed Golden Stags in the loss.