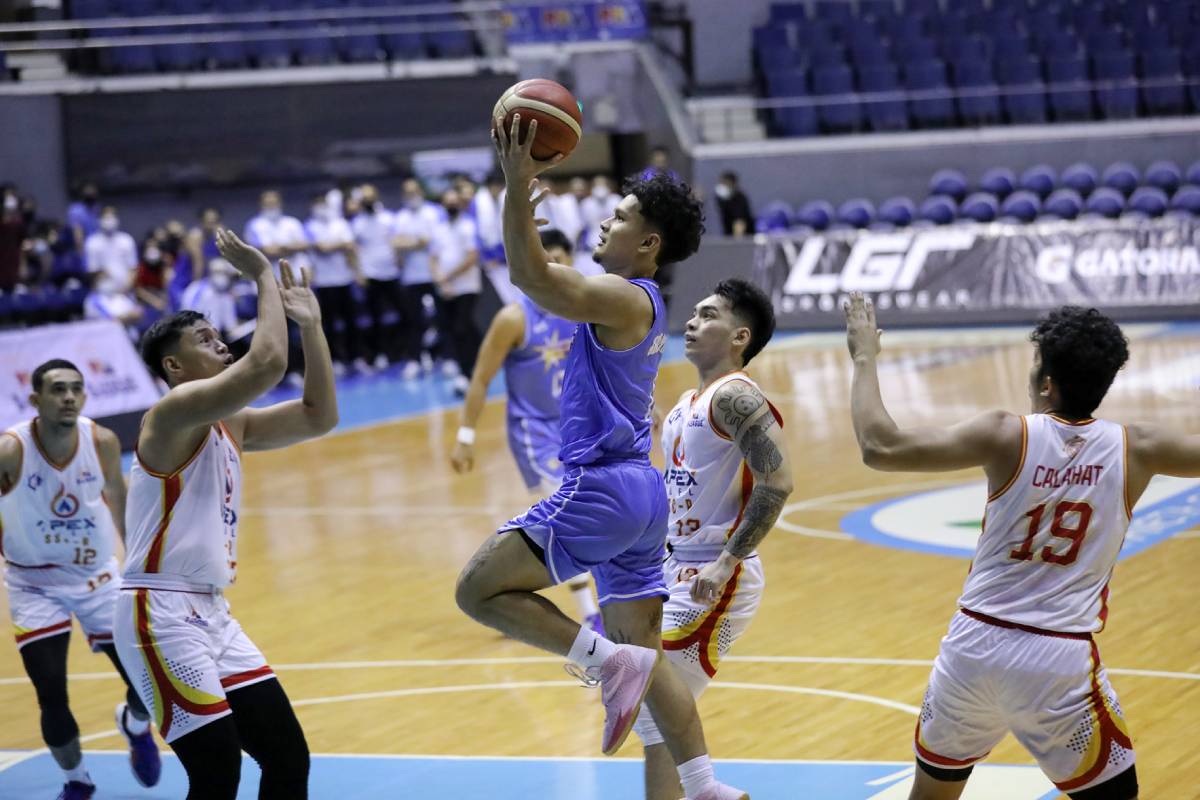 Marinerong Pilipino moved a win away from the 2022 PBA D-League Aspirants’ Cup Finals after disposing of Apex Fuel-San Sebastian, 74-66, in Game One of their best-of-three semifinals series, Friday at the SMART Araneta Coliseum.

Juan Gomez de Liaño ignited the Skippers’ early 21-8 assault that set the tone for the handy win that saw them lead by as much as 17 points, 72-55.

Marinero aims to make it back to the championship series after finishing as runner-up to BRT Sumisip Basilan-St. Clare in the 2019 Foundation Cup.

Marinero could close it out in Game Two on Sunday, 12:00 PM, at the Big Dome. In taht case, it will face the winner of the other bracket featuring EcoOil-La Salle and Adalem Construction-St. Clare, in the best-of-three title bout.

The top-seed Golden Stags, on the other hand, were led by Ichie Altamirano’s 12 points, five rebounds, and two steals in the defeat.

Kenneth Villapando and Tristan Felebrico scored 11 apiece for Apex Fuel-San Sebastian, who failed to avenge its 64-86 loss to the same team last July 9.