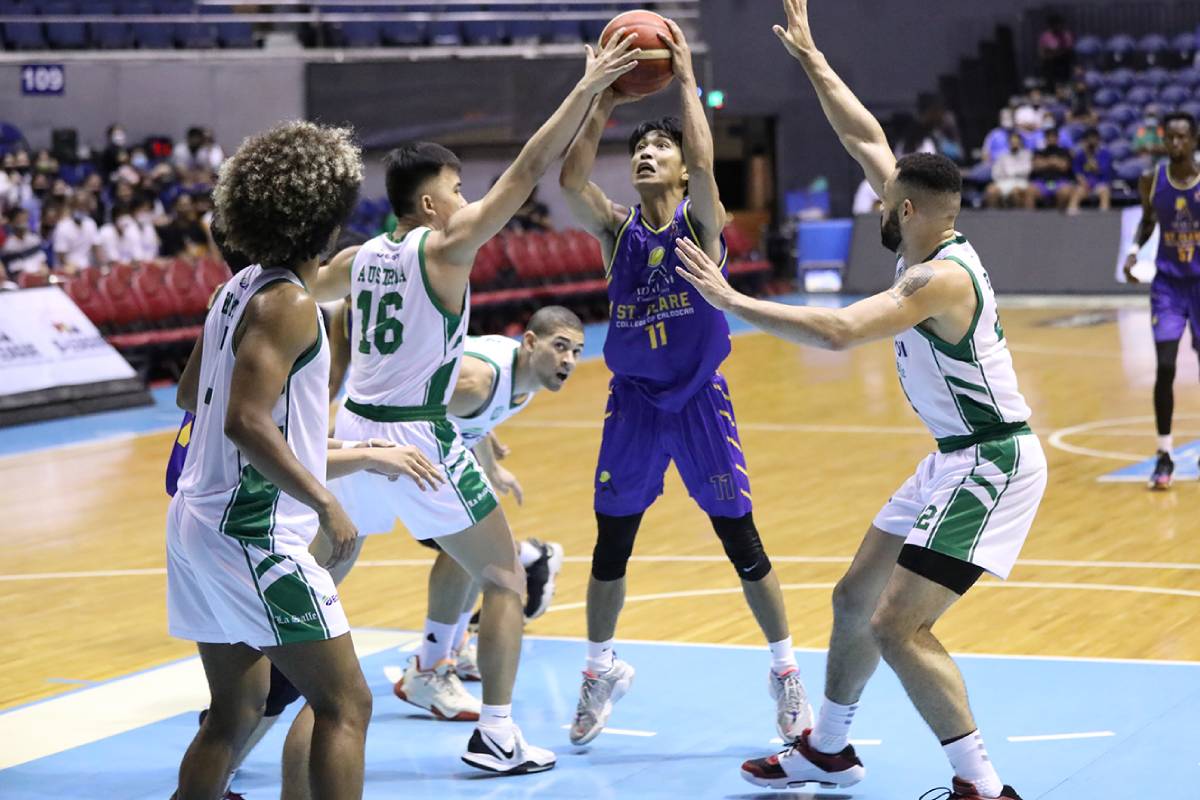 Jimboy Estrada led the Saints with 22 points, none bigger than his bail-out triple with 1:50 to go that pushed their lead to six and doused cold water to the Green Archers’ fightback. He also had six rebounds and three assists.

Joshua Fontanilla backed him up with 21 points, including the pair of free throws with 19.5 seconds left to seal the victory that pushed the best-of-three to a decider on Wednesday, August 17, also at the Big Dome.

“Like what I told them, we need to break their press. Kasi last game, 35 points sila off our turnovers, so this time we made sure na ma-break namin ng maayos. ‘Yun ang nag-spell ng difference,” said coach Jinino Manansala.

Senegalese center Babacar Ndong only had two points but made his presence felt greatly as he hauled down a game-high 15 rebounds.

Meanwhile, none from EcoOil-La Salle scored in double figures except Ben Phillips, who tallied 15 points in the defeat.

The Green Archers tried to pull off their Game One feat by retaking the lead entering the fourth quarter, but turnovers and misses allowed the Saints to seize control once more and lead by eight, 67-59, with 4:25 left.

They managed to knock within three but Estrada stopped them with that big trey, proving to be the beginning of the end for Derrick Pumaren’s wards.