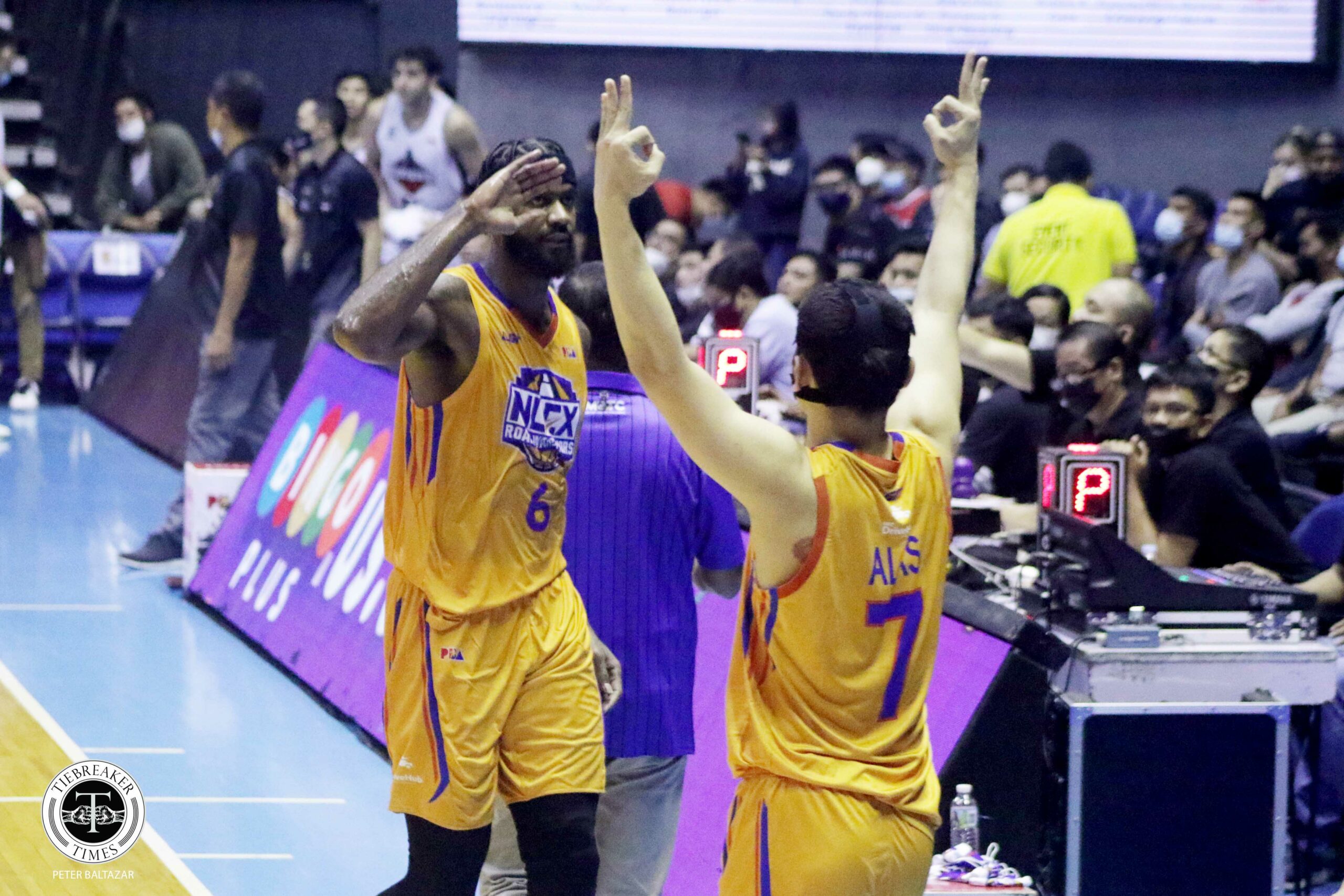 NLEX came from behind and frustrated Blackwater, 105-102, for a 2-0 start to the PBA Commissioner’s Cup, Wednesday at the SMART Araneta Coliseum.

Earl Clark and the backcourt duo of Kevin Alas and Matt Nieto joined forces to create the Road Warriors’ 15-5 finishing kick for a successful comeback from a flat start that saw them trail by as many as 16 points early in the third.

The 34-year-old Clark finished with 38 points and 25 rebounds, together with four assists, three blocks, and a steal as the MVP ball club is now sharing leadership of the standings with guest team Bay Area.

“We’re just trying to figure it out. We’re just going as we come along,” offered the former NBA cager. “Today was a tough match up. We didn’t shoot that well, but we stayed with it. For the beginning of the season, it’s a good test for us.”

The Road Warriors will look to extend their streak to three against Phoenix on October 8, Saturday at 4:30 p.m. at the Philsports Arena.

The loss couldn’t be any more disappointing for Blackwater, who was led by Baser Amer with a season-high 26 points as he made four of their 12 treys.

In control practically the entire match, the Bossing were just less than four minutes away from the win as they held a 97-90 lead.

#ReadMore  Mission accomplished for Sangalang and co. as pressure back to TNT

That, until Clark hit a mid-range jumper that proved to be the kick-starter to his side’s endgame rally while the opposition turned cold on offense all of a sudden, eventually falling to their second defeat in three outings.

Cameron Krutwig flirted with a triple-double with 18 points, 14 rebounds, and eight assists in the meltdown. Rashawn McCarthy had 17 points, while Ato Ular almost had a double-double of his own with 10 markers and eight caroms.

Blackwater (1-2) will try to rebound against the debuting San Miguel Beer on Wednesday, October 5, 3:00 p.m. also at the Big Dome.