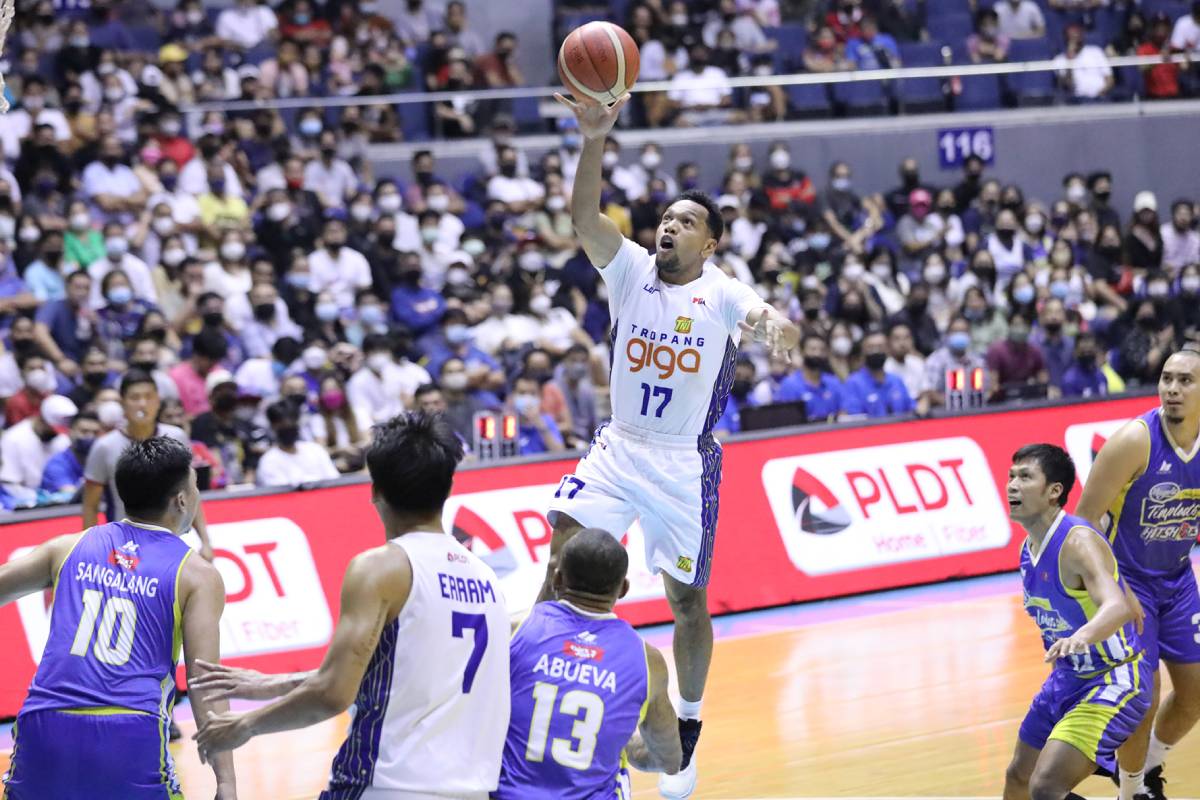 Jayson Castro came through with a vintage performance as TNT continued its mastery over Magnolia, 87-74, to book a return trip to the PBA Philippine Cup Finals, Sunday night at the SMART Araneta Coliseum.

The 36-year-old fired a conference-high 26 points on a 76-percent clip, none bigger than his three-pointer with 2:48 left that pushed their lead to eight and doused cold water to their corporate rivals’ comeback hopes.

Out to defend their throne, the Tropang GIga now await the winner between Meralco and San Miguel for their foes in the best-of-seven title bout.

Khobuntin helped a great deal for TNT when he sent Calvin Abueva out of the game for incurring his sixth foul with 5:13 left, which led to two free throws that the forward out of National University didn’t waste.

That started the Tropa’s pull away, with Williams, Castro, and Roger Pogoy joining hands for the finishing 10-2 run that gave them an 83-72 lead with less than two minutes left en route to their third straight all-Filipino finals stint.

TNT managed to come out triumphant even after losing Poy Erram, who got called for an F2 a minute into the fourth quarter following an inadvertent hit on counterpart Ian Sangalang that led to a cut above the latter’s left eyebrow.

Abueva and Sangalang, meanwhile, led the way for Magnolia with 16 points each in the loss against the same team that beat them in the previous Philippine Cup Finals in Bacolor — a series that lasted for only five games.