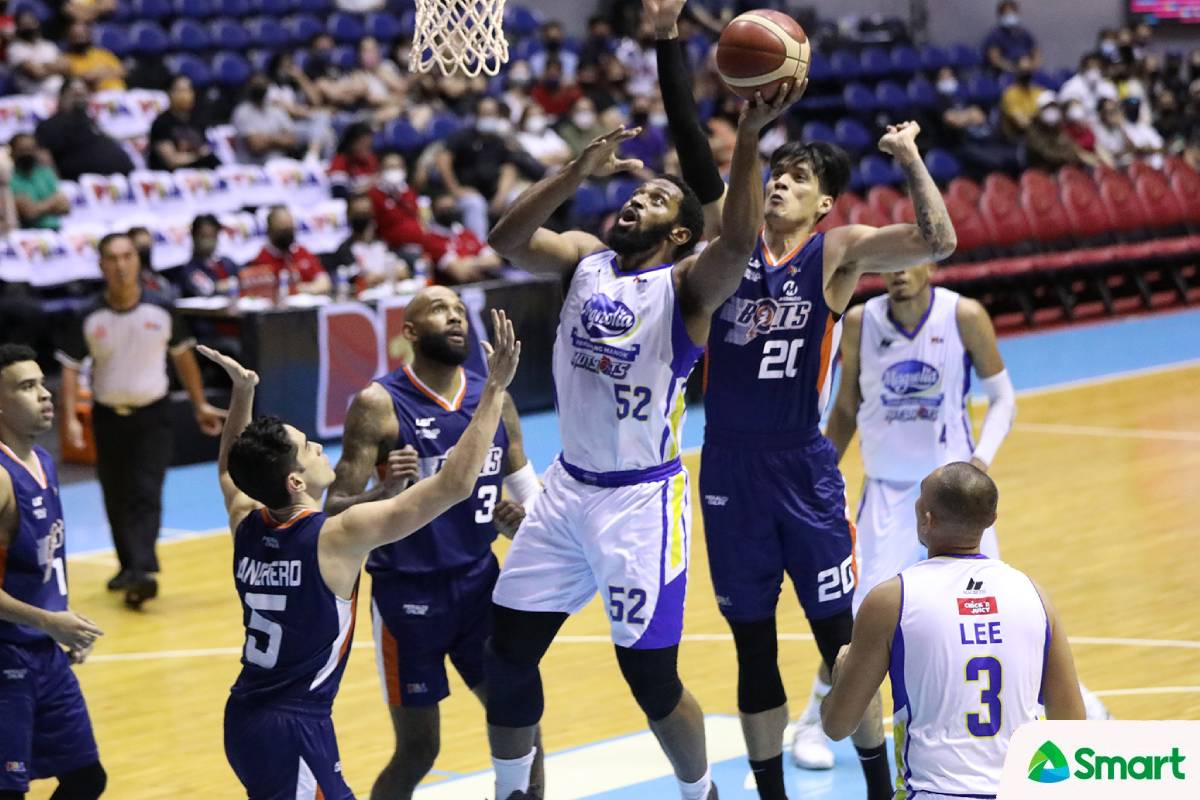 Mike Harris and Mark Barroca came through in the clutch as Magnolia completed the rally from 16 down and beat Meralco, 88-85, in a clash of PBA Governors’ Cup leaders, Wednesday evening at the SMART Araneta Coliseum.

The former Best Import delivered the killer buckets to highlight a monstrous performance, while the ever-steady floor general made the most important stop as the Hotshots accomplished their goal of securing a Top Four finish.

Champions of the season-ending conference in 2018, the storied ball club is the first team to lock a twice-to-beat advantage for the quarterfinals.

Harris finished with 30 points and 22 rebounds. The 38-year-old scored Magnolia’s last five points, including the tough, contested lay-up from the post with 31.1 seconds remaining that eventually settled the final count.

Still, it left an opening for the Bolts to tie the game, especially when they were granted another possession after Paul Lee’s attempt to save Harris’ won jump ball became a turnover. It hit Rafi Reavis before sailing outside.

However, the Bolts failed to capitalize on the opportunity. Allein Maliksi, the one who kept them in the thick of the fight by draining big triples, wasn’t able to launch a proper shot as Barroca prevented him from doing so.

Maliksi actually took the shot beyond the three-point line, and his former teammate’s defense caused the shot to hit nothing but air.

Lee produced 16 points in Magnolia’s eighth win in nine games. Barroca and the duo of Jalalon and Adrian Wong all scored 10 apiece.

The Hotshots emerged victorious even without Ian Sangalang, who sat out due to a minor knee injury he sustained last Sunday versus San Miguel. Victolero, though, assured that his center will play on Sunday against Alaska.

Meanwhile, Tony Bishop finished with 19 points and 14 rebounds to lead Meralco in the loss, its third in nine outings.

Chris Newsome had 18 points and eight rebounds, while Maliksi and Chris Banchero added 13 markers for the Bolts, which led 53-37 with about t10 minutes remaining in the third before the Hotshots’ assault.

Meralco will aim to return to the win column soon against Shabazz Muhammad and the Beermen on Sunday at 6:30 p.m at the Big Dome.