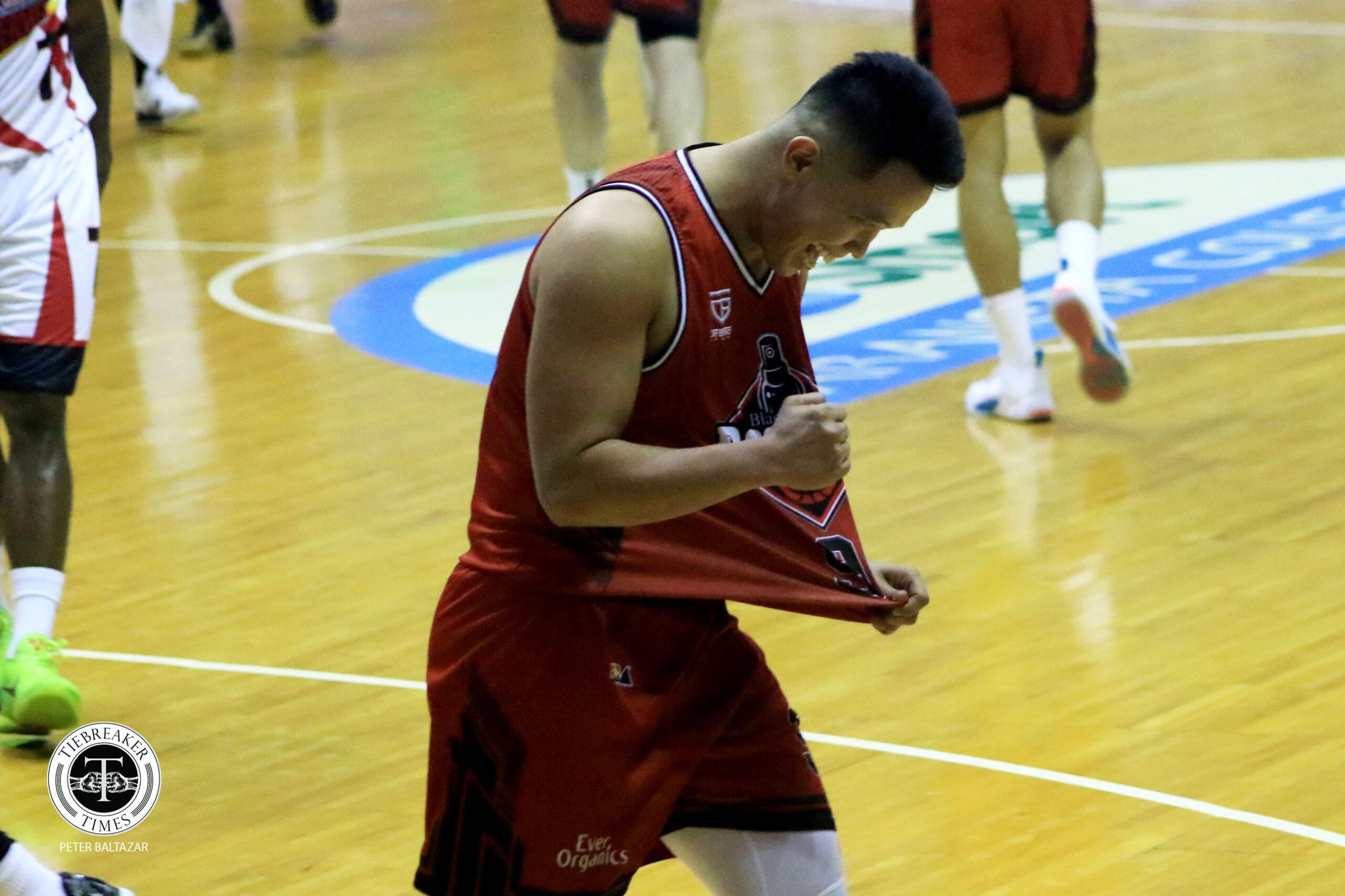 Baser Amer and Mike Ayonayon joined hands in the endgame as Blackwater spoiled the debut of San Miguel Beer, 109-106, to bounce back in the 2022-23 PBA Commissioner’s Cup, Wednesday at the SMART Araneta Coliseum.

The guards dealt the biggest of shots in the final 32.8 seconds, with Amer nailing the go-ahead triple all over Chris Ross. Then Ayonayon hit a breakaway layup off his own steal as the Bossing completed the comeback from 15 down.

Amer finished with 16 points on a trio of treys. Meanwhile, Ayonayon provided 10 markers as the squad improved to 2-2 in the team standings.

Cameron Krutwig notched a triple-double with 20 points, 18 rebounds, and 10 assists to lead Blackwater.

The Bossing finally ended an eight-game losing skid to the reigning mid-season conference champions, a streak that dates back to 2019.

“There’s a lot of times in this game that we could’ve given up,” said the Loyola-Chicago product, who’s the latest import to tally the said statistical achievement since Terrafirma’s Antonio Hester last season. “But we got it done.”

Blackwater redeemed themselves from the meltdown they had against NLEX last Friday in the very same venue.

Blackwater will try to post its first win streak of the conference against NorthPort next Wednesday, October 12, 3:00 PM, also at the Big Dome.

June Mar Fajardo led San Miguel with 23 points and 16 rebounds in the loss that also spoiled the debut of new import Diamond Stone.

The last-minute replacement for the injured Thomas Robinson had 20 points and eight rebounds. However, he shot 7-of-23 from the field – including 0-for-6 from beyond the arc – as he only joined the team a day prior to their debut.

San Miguel will look for win no, 1 against the streaking Rain or Shine (2-1) thus Sunday, 4:30 PM at the Philsports Arena in Pasig.