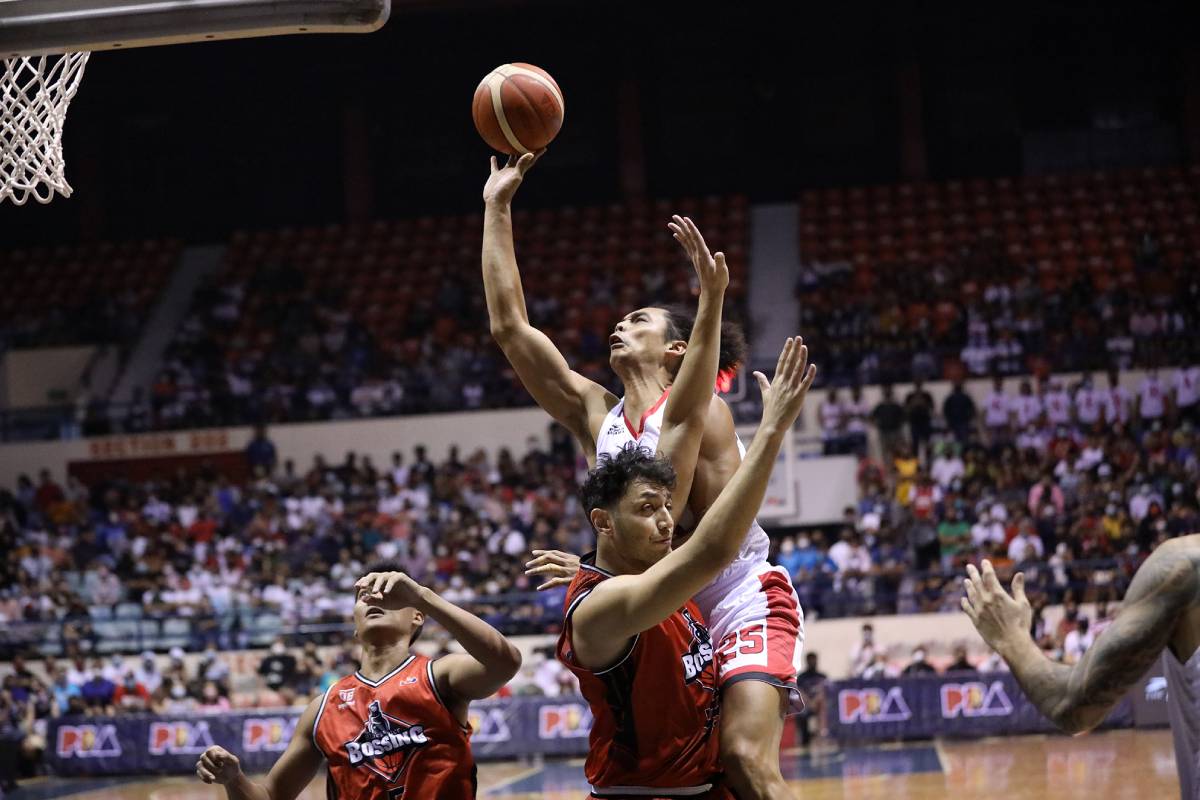 The veteran forward hit a jumper from midrange with 8.2 seconds left as the Kings completed the comeback and gave LA Tenorio another reason to celebrate after playing his 700th straight game to extend his Iron Man streak.

Aguilar finished with 15 points and six rebounds as he’s now fully recovered from the calf injury he suffered in the Season 46 Governors’ Cup semis.

“I looked really smart putting Japeth back out there on the floor, right, when he made that shot? I was really dumb not playing him earlier. He should’ve been out there earlier,” said head coach Tim Cone post-game.

Christian Standhardinger top-scored for the Kings with 21 points, 15 of which he made in the second half as he helped his side remain in the game after falling behind 54-64 in the third. He also had seven rebounds.

Scottie Thompson was an assist shy of a triple-double as he collected 14 points, 16 rebounds, and nine assists. Arvin Tolentino added 12 markers.

“We knew we had to battle, and it could end up being harder than we thought. That’s a team to reckon with. Coach Vanguardia has that team playing really well,” said Cone as he sang praises for the Bossings.

The win also served as a fitting welcome to Stanley Pringle, who was out for several months after undergoing meniscal repair. He played for 32 minutes and nearly had a double-double with nine points and 12 rebounds.

“Just working on his shape and straight. He was really sucking for air in the fourth quarter and you could see it,” Cone said of the former BPC.

Rey Suerte led Blackwater with 15 points in the loss. Joshua Torralba made 14 points, while Baser Amer finished with 11 markers.

Amer committed two costly turnovers in the endgame. He overcooked a pass that sailed out of bounds with 25.9 seconds to go that eventually led to the Aguilar jumper, then lost the ball as it hit his foot with 1.7 ticks left.

Blackwater will have almost a week of rest before taking on NorthPort on Saturday, June 18, 5:15 p.m. at the Ynares Center.