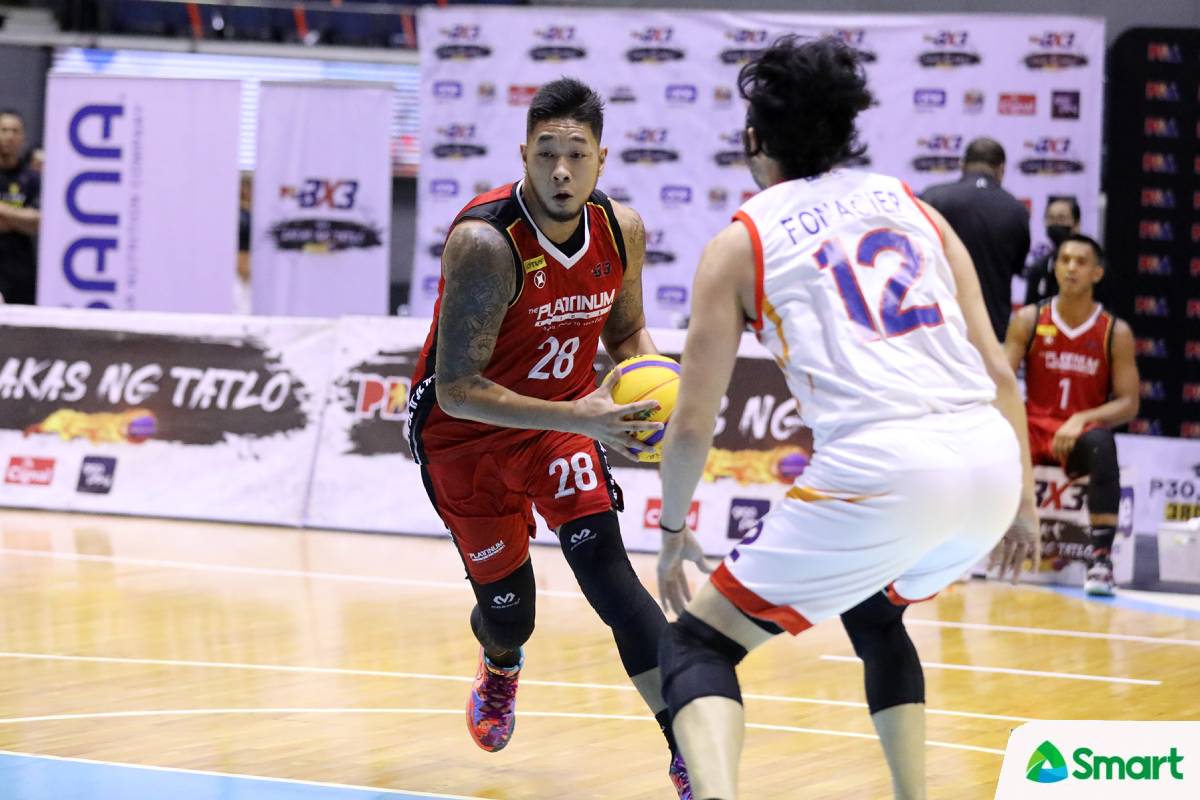 Platinum Karaoke will head into the PBA 3×3 Leg 6 quarterfinals unscathed after frustrating CAVITEX, 21-17, Tuesday at the SMART Araneta Coliseum.

The guest team finished 4-0 following another solid showcase of experience.

The veteran-laden crew actually trailed by six, 10-4, barely three minutes into the match. But Dehesa scored on a lay-up off an Alabanza hand-off, which sparked an 8-1 run that finally put them up, 12-11, 6:13 to spare.

It was all Platinum since then as the Braves faltered, with De Chavez and Andrada doing most of the damage. Dehesa went on to deal the killer blow, sinking a deuce from near the top of the still with 4:23 left to play.

Platinum will face Terrafirma in the quarterfinals later today. The Dyip took down the LA Revilla-less NorthPort, 21-14, in the playoff for the last quarters berth.

The Leg 5 rulers are coming in well-rested following the forfeiture of Zamboanga Valientes’ games due to injuries. Standing in their way, however, are perennial contenders Meralco in the quarters.