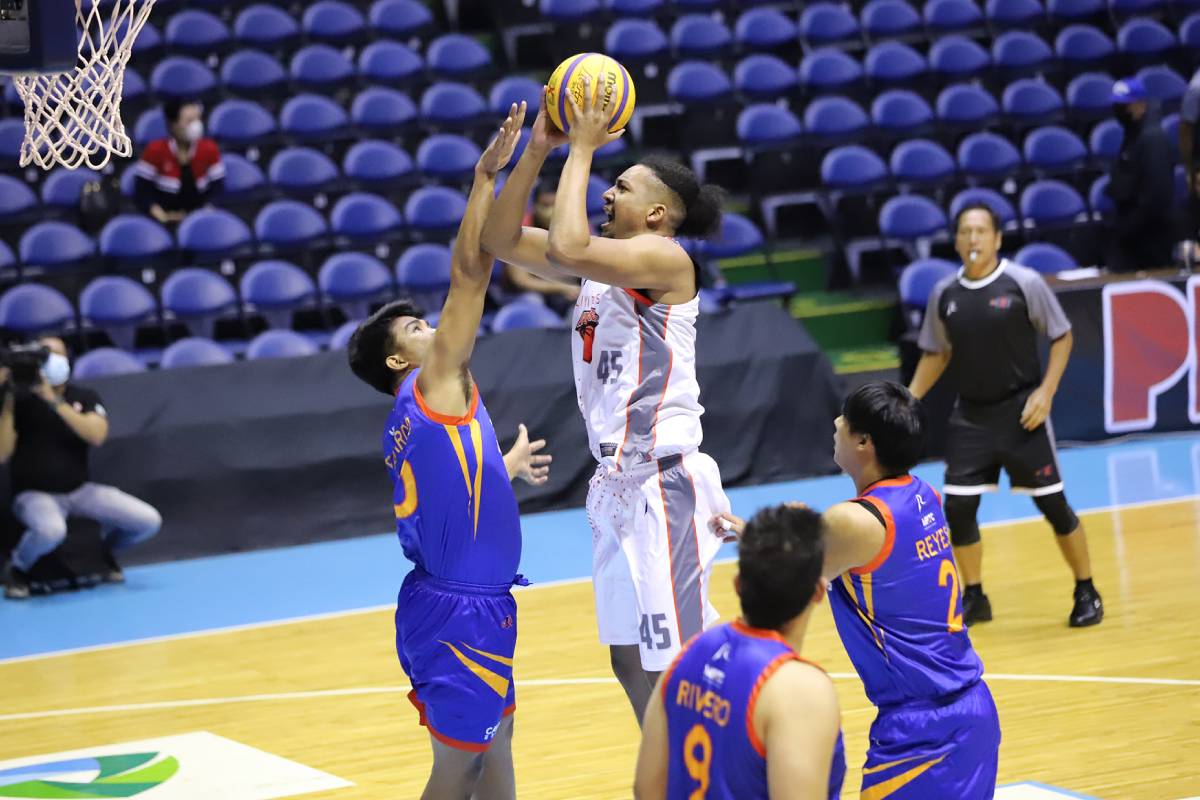 Brandon Ganuelas-Rosser was on the forefront once more with seven points as the Appmasters secured the top seed with a clean 4-0 record, further stretching their winning streak to 11 that dates back from the second leg.

Jorey Napoles supplied five points, while Reymar Caduyac and Marvin Hayes combined for seven in the triumph that kept their back-to-back bid in play.

Big men Prince Rivero and Dominick Fajardo carried much of the load for the Braves with six points apiece, with Gab Reyes adding three. The crew played with only those men as AC Soberano got hurt on the first day.

The reigning grand champions will face Pioneer ProTibay in the quarters. The guest crew beat Purefoods in the knockout, 21-18, to complete the playoff cast.

Meanwhile, Platinum Karaoke failed to finish group play unscathed after losing to Sista, 12-22, but are still headed to the next round as Pool B’s no. 1 seed.

The guest team saw itself sharing a similar 2-1 record with TNT when the latter beat Pioneer in the penultimate game of the eliminations but remained atop the standings owing to its 16-13 win over the Tropang Giga in Day 1.

Platinum will take on the second-ranked team of Pool C in Meralco in the quarters. The Bolts failed to lock the top spot after bowing to the comebacking Encho Serrano and Barangay Ginebra earlier through a 21-14 decision.

The Gin Kings instead emerged as the pool’s top team, and are on a collision course with Leg 2 champs San Miguel. The Beermen finished second in Pool A with a 3-1 record after beating Master Sardines in the first game of the day.

The Fishing Champs are Pool A’s third seed with a 2-2 card, indeed a huge achievement already after starting the conference with nine straight losses. The new team will battle the Tropang Giga in the next round.